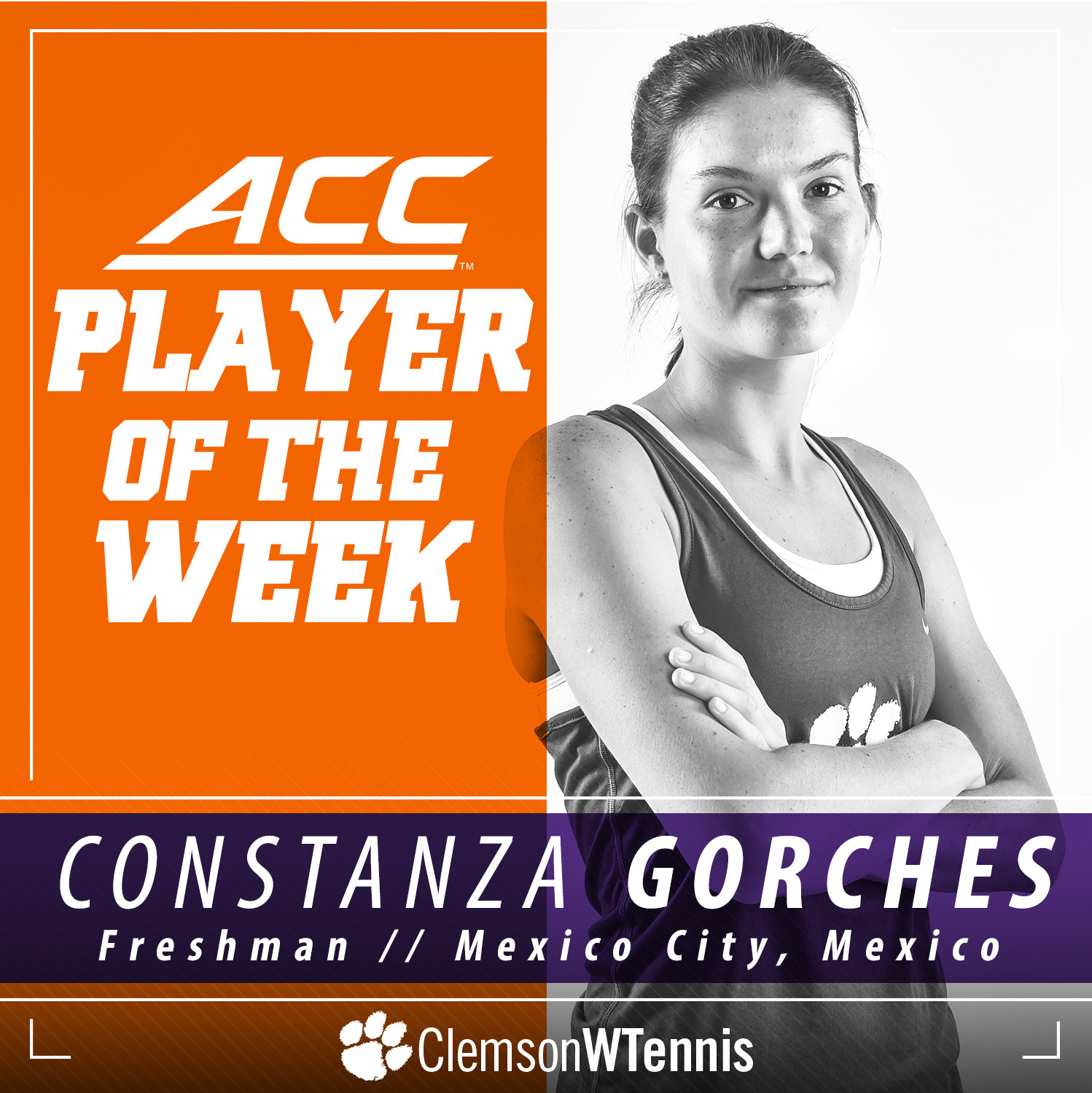 CLEMSON, S.C. – For the second week in a row, a Clemson women’s tennis player has been named the ACC Player of the Week. This week, freshman Constanza Gorches earns the nod, after helping lead the Tigers to two conference wins last week.

Gorches was undefeated last week, going 2-0 in singles and 1-0 in doubles, and helping the Tigers to a 2-0 record. Against Virginia Tech on March 12, she and her doubles partner, fellow freshman Sydney Riley, clinched the doubles point for the Tigers with a 6-3 win at No. 2. She went on to clinch the team victory for Clemson at No. 5 singles, winning 7-5, 6-1 over the Hokies’ Nancy Ghanem. Against Louisville on March 10, Gorches was the first singles match to finish, defeating the Cardinals’ Ariana Rodriguez 6-1, 6-0 at No. 5.

The rookie from Mexico City, Mexico is the second Clemson women’s tennis player to earn the conference’s weekly accolade this season, as sophomore Ayan Broomfield was the award recipient last week after upsetting a top-five singles opponent and a top-10 doubles team.

The Tigers face Syracuse on the road on Friday, March 17 before returning home to host Pittsburgh on Sunday, March 19 at noon at the Hoke Sloan Tennis Center.