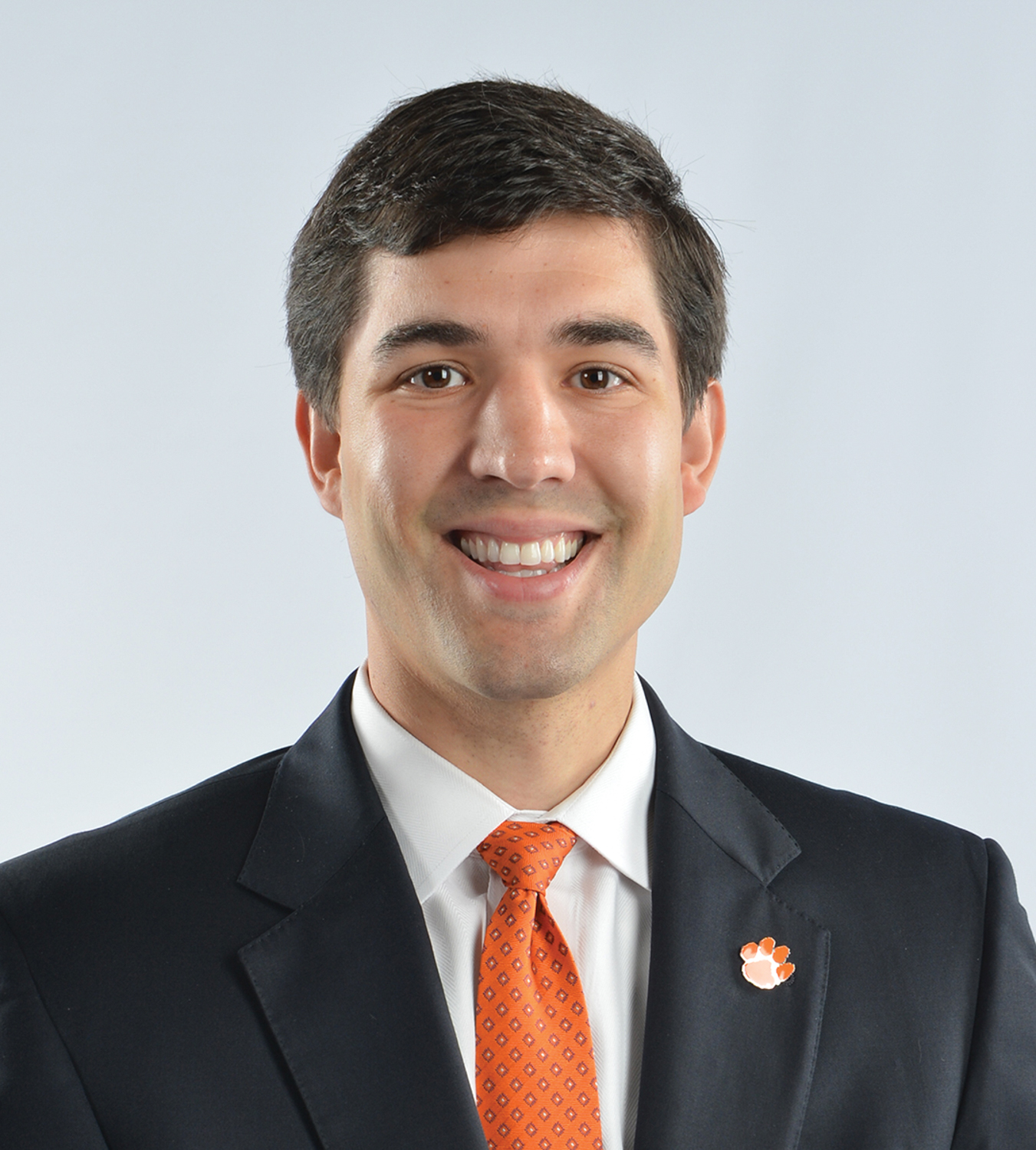 Graham Neff was named Clemson’s 14th Director of Athletics on December 23, 2021 in the midst of his ninth year at Clemson and is now in his second year in the role.

His first year in Tigertown was taken at full speed, as he overseen significant facility development, including investments at football and a women’s sport expansion project to house Clemson’s new lacrosse and gymnastics teams. He led the bringing of Clemson’s multimedia rights in-house, developed a comprehnsive NIL program and launched a streaming service, Clemson+. IPTAY has seen record-breaking growth in the past year, which included the largest gift in IPTAY history.

The 39-year-old has been in senior leadership positions within Clemson Athletics since 2013, including as chief financial officer and director of capital projects prior to his most recent role as deputy director of athletics. Neff has helped oversee the build and financing of more than $200 million in facility improvements, aided in the continued development of IPTAY, and served as a sport administrator for football and men’s basketball.

Neff works consistently with key university stakeholders, including the university Executive Leadership Team, The Board of Trustees, IPTAY Board of Directors, Athletics Council, as well as several university committees and appointments.

During his time as a sport supervisor, the football program won two national championships, the men’s basketball program made a pair of NCAA Tournament appearances, including a Sweet 16 run in 2018. Academically, Clemson’s graduation success rate has been above 91 percent for seven consecutive years, and student-athlete total GPA has been above 3.0 for nine straight semesters.

Neff has helped develop several key areas of the department, including the financial philosophy, fundraising, student-athlete welfare, and external operations management, and in 2019 was named one of Sports Business Daily’s Power Players and in 2021 was named to SBJ’s 40 Under 40 list.

Prior to his role as Deputy AD, he joined Clemson in 2013 as Associate AD of Finance and Facilities. Before Clemson, Neff served two-plus years in several senior administrative roles at Middle Tennessee State Athletics, with emphasis in finance, facilities and external operations.

A civil engineering graduate of Georgia Tech, he served as a student manager for Coach Paul Hewitt and the men’s basketball program, advancing to a Final Four in 2004. Neff worked in the Financial Advisory Services group at Deloitte and Touche from 2006 to 2008, prior to returning to a finance and ticketing role at the Georgia Tech Athletic Association. He earned an MBA from Georgia Tech in 2010.

Neff and his wife Kristin have three sons, Grady and twins Emmett and Nolan.

“Our department of athletics has a long-standing tradition of success that continues today, most recently with another national championship for our men’s soccer team, and a deep commitment to student-athlete development. Graham Neff has played an integral role every step of the way. Graham is a highly sought-after athletics administrator, a brilliant and selfless leader, and we’re thrilled about his vision for Clemson athletics.”

“Graham will be an excellent addition to our outstanding group of ACC Athletics Directors. He is already well-versed in the culture of Clemson University, the ACC and college athletics, which will serve all entities well. Congratulations to Graham, his wife Kristin and their entire family.”