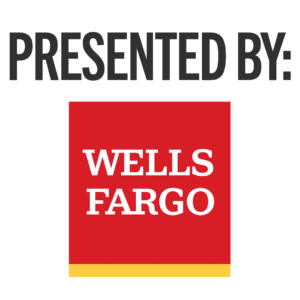 Parking is available on a single-game basis by visiting your Ticketmaster account or by calling 1-800-Clemson.

GATHERING AT THE PAW

Gathering at the Paw is a unique Clemson tradition. Clemson has seen an increase in incidents that have created unsafe conditions for our guests and staff. Fans are asked to enter the field at the Hill gate or in the ramps in the west, and asked NOT to jump over the walls.

We have a new special effects lighting system in Memorial Stadium!

Be aware that flashing lights like this can be potentially dangerous to people with health conditions that are associated with photosensitivity, meaning they can be triggered by visual patterns. Kits for those who have sensory disabilities are available at Guest Services booths.

Pedestrian safety is of utmost importance in our parking lots and roadways. When tailgating, please be considerate of those who park near you, and allow ample space for pedestrian and vehicular access around your space in roadways and sidewalks. For those exiting the stadium via Williamson Rd., it is recommended to use the sidewalk along the west side (the side closest to the stadium), as it is more accessible to pedestrian traffic. As always, please follow all signage and directions from security and law enforcement officials.

CLEMSON VS. LOUISVILLE - WHAT YOU NEED TO KNOW

Clemson will attempt to extend the third-longest streak of consecutive 10-win seasons in FBS history on Saturday, Nov. 19, when the 9-1 Tigers host the 5-5 Miami Hurricanes on Clemson’s Senior Day. Kickoff at Memorial Stadium is set for 3:30 p.m. ET. Clemson has won at least 10 games in 11 consecutive seasons.

In recent years in which Clemson has hosted its regular season finale against South Carolina, the Tigers have opted to instead honor the group in the game preceding that charged rivalry contest. Clemson’s seniors are 43-7 in the last four seasons, the third-most wins in the country in that span behind Alabama (45) and Georgia (44). The group will have the opportunity to become the 11th senior class in Clemson history to win at least three conference championships when it faces North Carolina in the ACC Championship Game on Dec. 3.