Clemson Athletic Director Graham Neff was named to the Sports Business Journal “Forty under 40” Class of 2022, as announced by the publication in its April 11 issue. This coveted honor is given to 40 individuals under the age of 40 who have incredible leadership potential, and recognized for excellence and innovation in their careers. At 38, Neff is the youngest sitting AD in the Power Five conferences.

“I am incredibly honored and appreciative to be mentioned among the leaders from around sports in this class,” said Neff. “This is a ‘wow’ moment for me professionally. I am thankful for the honor and the trust Clemson University and President Jim Clements have put in me, as well as the many colleagues and mentors who have invested their time in me.”

More than 300 candidates were initially considered for the honor, and Neff is one of just two individuals with current university ties, joining Tiffini Grimes of Alabama. The other 38 winners come from media and technology companies, agencies, professional leagues and other businesses.

Neff earned this prestigious award only three years after being named one of Sports Business Journal’s Power Players class of 2019, an honor given to promising leaders in the sports industry.

All 40 executives will be featured in the June 27 issue of Sports Business Journal. They also will be honored in New York City in November.

Neff is in his ninth year at Clemson and was named the 14th Director of Athletics on December 23, 2021. Neff has held senior leadership positions at Clemson since 2013, including as chief financial officer, director of capital projects and most recently deputy director of athletics before his promotion. In addition, Neff has been significant in the 200 million dollars of facilities improvements, IPTAY development and sports administration in his time at Clemson.

He’s also worked in administration at Georgia Tech and Middle Tennessee, and spent time at Deloitte. Neff earned a civil engineering degree and an MBA from Georgia Tech. 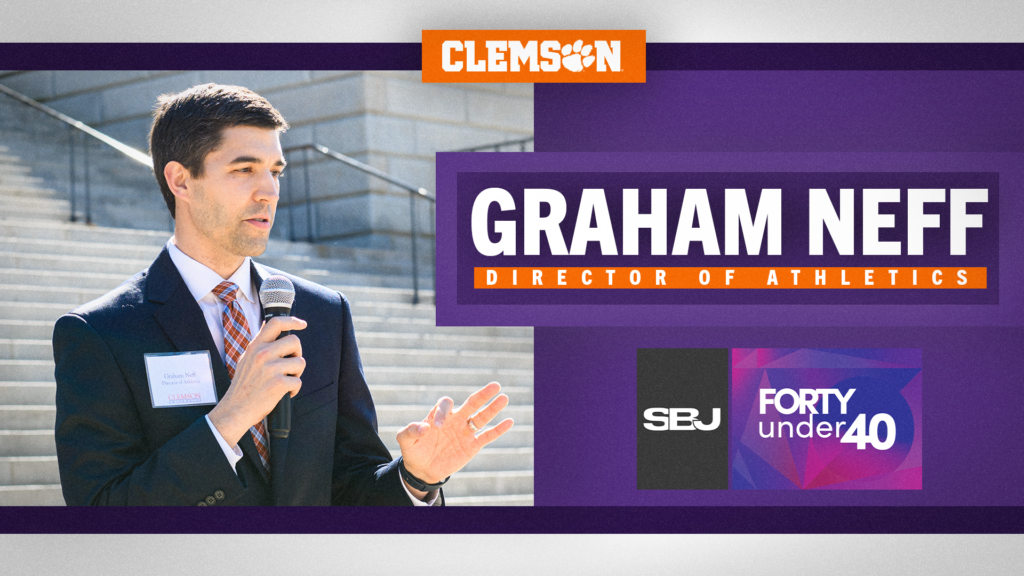