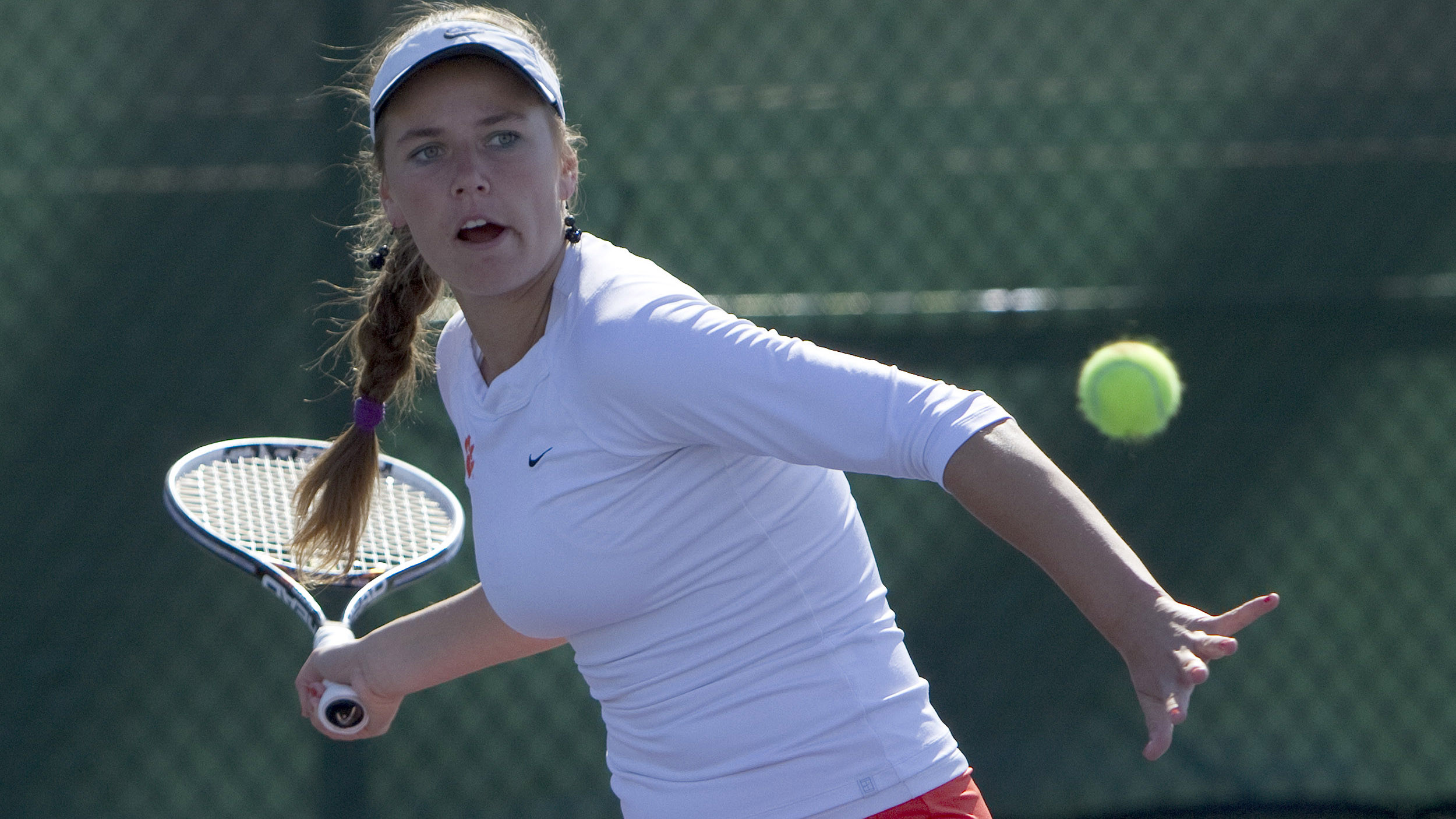 GREENSBORO, NC – Clemson sophomore Yana Koroleva has been named the ACC Women’s Tennis Player-of-the-Week by the conference on Tuesday. The Moscow, Russia native helped Clemson to wins over NC State and Wake Forest in closing the ACC regular season at 14-6 overall and 9-2 in the ACC. With the wins, Clemson clinched the No. 2 seed in the ACC Tournament.  It is the third such honor of the season for Koroleva, who is ranked No. 18 in the ITA national singles rankings and went 10-1 in league play at the No. 1 position for the Tigers. Koroleva has played at No. 1 singles in all but one of Clemson’s dual matches, which include five wins over top-25 teams. She took down No. 46 Joelle Kissell of NC State in straight sets (6-4, 6-0), and beat No. 99 Kathryn Talbert of Wake Forest in three sets, 2-6, 6-1, 6-2. With Gumulya, she won matches on court one doubles against each team to help give Clemson the point in each match.  This season, Koroleva is 21-7 overall and 13-6 against ranked players. Koroleva was named the Player of the Week on March 4 after winning her matches at top-20 FSU and Miami, and was also named the ACC Co-Player of the Week on Feb. 19 after Clemson’s win against Georgia Tech. Clemson will open play in the ACC Tournament on Friday against the winner of a match between Florida State and Wake Forest.