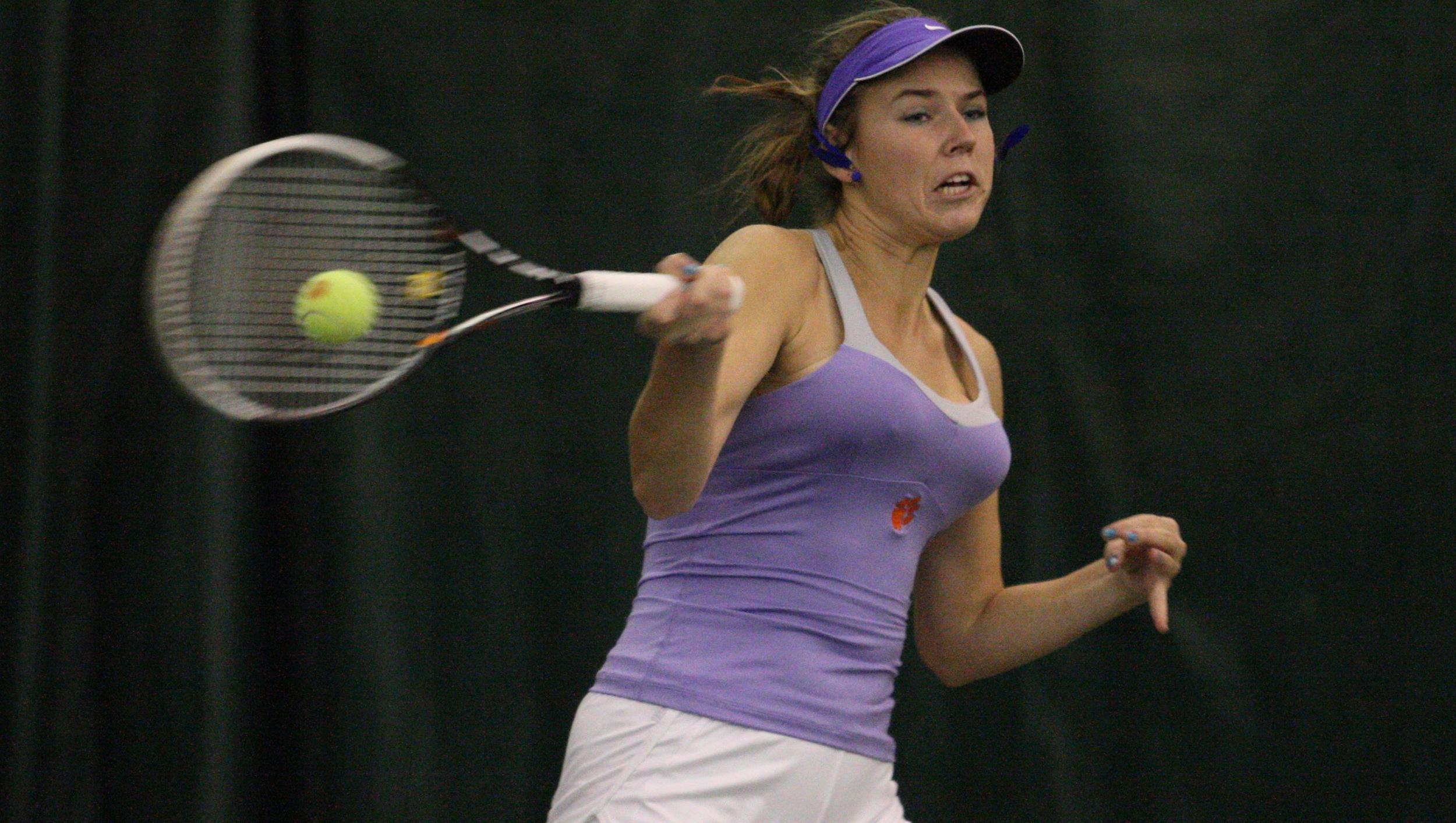 GREENSBORO, NC – Clemson sophomore Yana Koroleva has been named the ACC Co-Player-of-the-Week by the conference on Tuesday. The Moscow, Russia native was key in No. 20 Clemson’s 6-1 win over No. 22 Georgia Tech to open ACC play. It is the first career honor for Koroleva, who is ranked No. 26 in the ITA national singles rankings.

Koroleva shares the weekly honor with Ester Goldfeld of Duke.

Koroleva has played at No. 1 singles in each of Clemson’s dual matches, which include two wins over top-25 teams and a win over No. 30 South Carolina. In the match against Georgia Tech last Wednesday, Koroleva teamed with Tristen Dewar to clinch the doubles point on court one, 9-8(4). The Tigers climbed out of a 3-0 hole in the match to come back for the win.

In singles, Koroleva played with a purpose, cruising past No. 62 Elizabeth Kilborn, 6-0, 6-2 to earn Clemson’s first singles point of the day.

On the season Koroleva sports a 9-4 record in singles, including a 6-4 mark over ranked players. She’s also 7-4 this year in doubles.