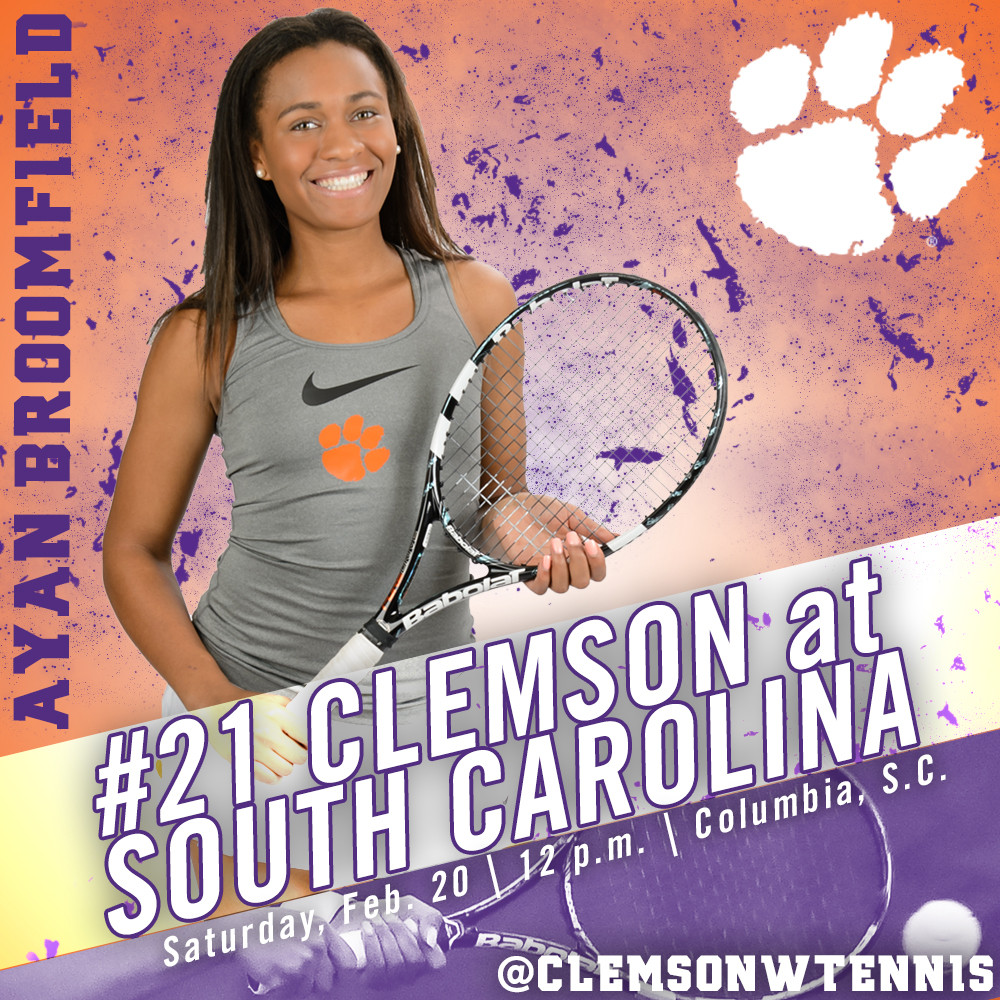 NOTE: The Clemson vs. Wake Forest match on Sunday, Feb. 21 will begin at 1:30 p.m. The start time is 30 minutes later than originally scheduled due to time needed to dry the courts.

Who: No. 21 Clemson (2-2) at No. 37 South Carolina (6-2)When: Saturday, Feb. 20 at 12 p.m.Where: Carolina Tennis Center, Columbia, S.C.Live Stats: GamecocksOnline.com (http://www.gamecocksonline.com/sports/w-tennis/spec-rel/live-scoring.html)Social: @ClemsonWTennis on Twitter and Instagram