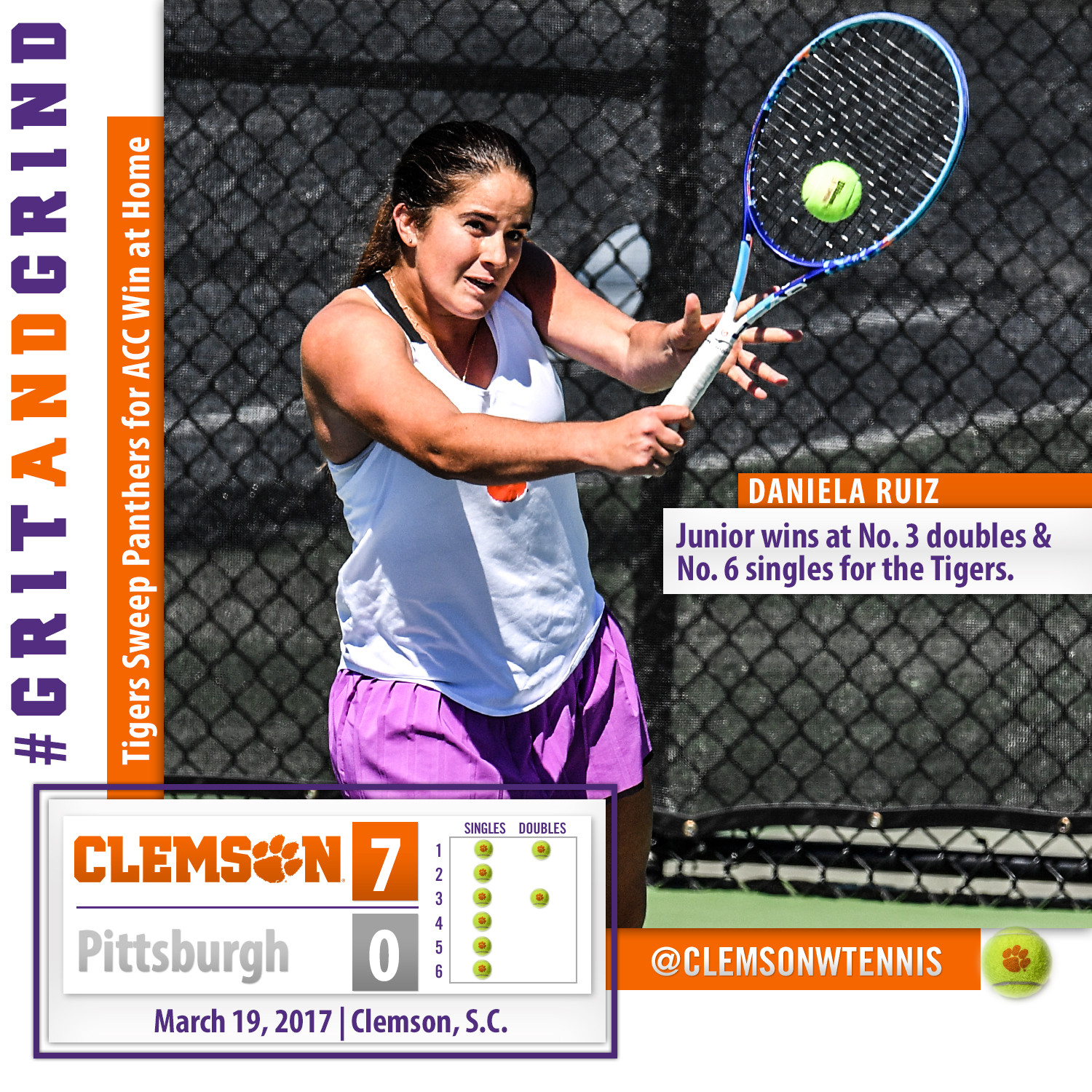 CLEMSON, S.C. – The Clemson women’s tennis team picked up a solid win heading into its Spring Break week, sweeping Pittsburgh 7-0 on Sunday afternoon at Hoke Sloan Tennis Center. With the win, the Tigers improved to 6-8 overall and 3-4 in ACC play, while the Panthers dropped to 3-6 (0-5 ACC).

Pittsburgh claimed a win at No. 2, 6-2, to open doubles play, and it appeared the Panthers were on their way to winning the doubles point, when the Tiger comeback began. Ayan Broomfield and Marie-Alexandre Leduc were tied 3-3 at No. 1 doubles, while Fernanda Navarro and Daniela Ruiz trailed 1-5 at No. 3. Broomfield and Leduc continued to trade points with their Pitt opponents, before winning two straight to take a 7-5 victory. Meanwhile, after being down 1-5, Navarro and Ruiz fought all the way back to take a 6-5 lead at No. 3, and went on to win the match in a tiebreak, 7-6(5), to secure the doubles point for Clemson.

The Tigers head to Charleston, S.C. this week for their Spring Break training trip, which includes two matches on Thursday, March 23. Clemson faces Marshall at 9 a.m. and College of Charleston at 2 p.m., with both matches being played at the Cougars’ tennis facility.