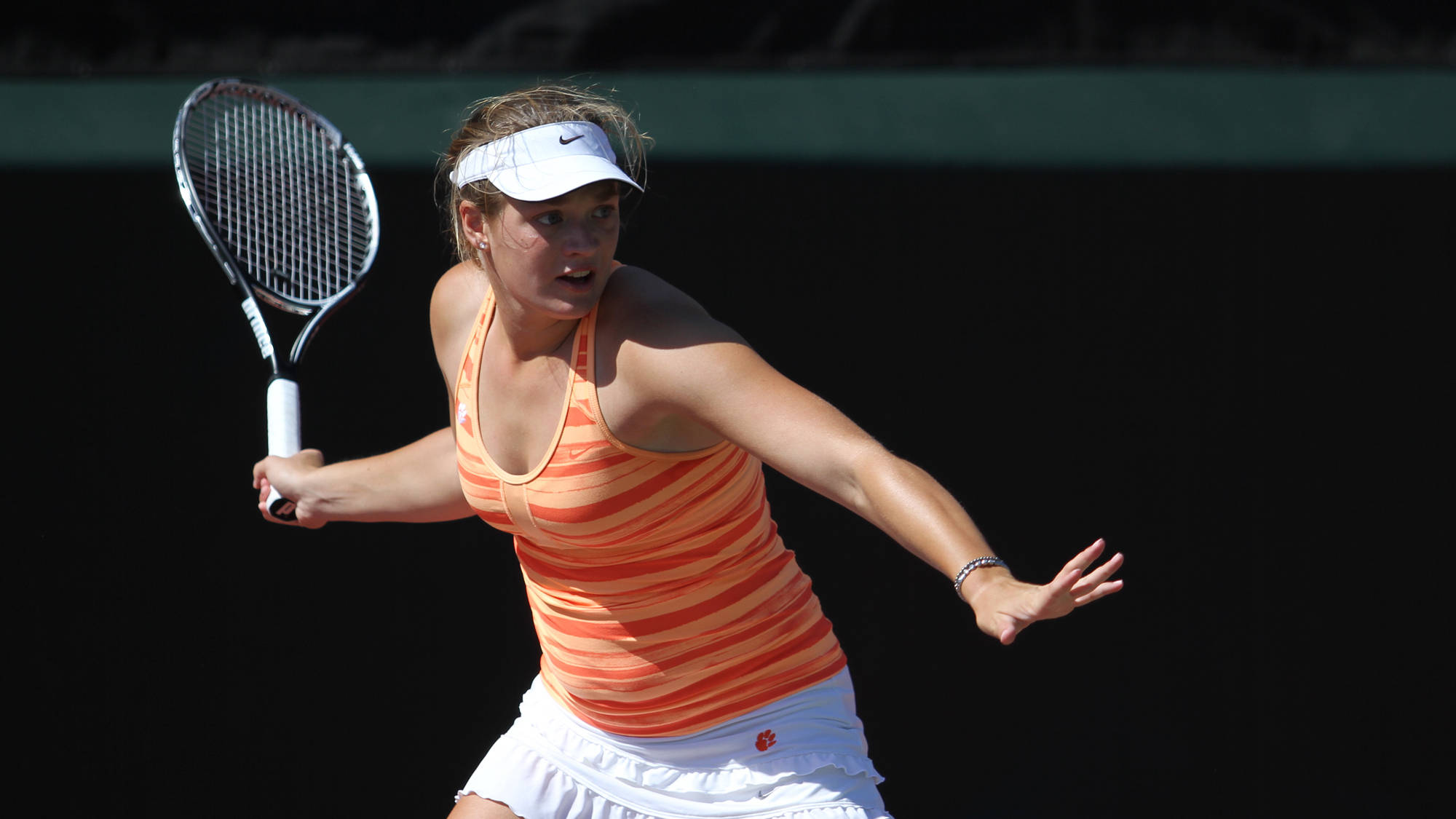 CLEMSON, SC – The members of the Clemson women’s tennis team won five singles matches and all three doubles matches on the first day of the Clemson Winter Indoor Classic. The Tigers went 5-1 in singles against LSU, and made two big comebacks to help sweep Charleston Southern in doubles.

Gumulya was impressive on court two, as she defeated Mary Jeremiah, 6-0, 6-1 to open her fall season and improve to 6-1 overall in 2012-13. Jeukeng and Gumulya then teamed up to win, 8-0 in flight three doubles.

Dewar and fellow freshman Carola Pederzani had a tremendous comeback in their doubles match on court two, as they trailed 7-5, and came back to win in a tiebreaker, in which they fought off a match point to win, 8-7 (7). Miao and Koelzer also won in a tiebreaker, 8-7 (4) to start their season in doubles.

The tournament continues Saturday at 8:00 am when Charleston Southern and Tulane get underway in singles. There will be three doubles matchups, and then three more singles matchups. Clemson is scheduled to play doubles against LSU at 11:30 am, and then singles matches against Kansas (1:30 pm), and Tulane (5:30 pm).