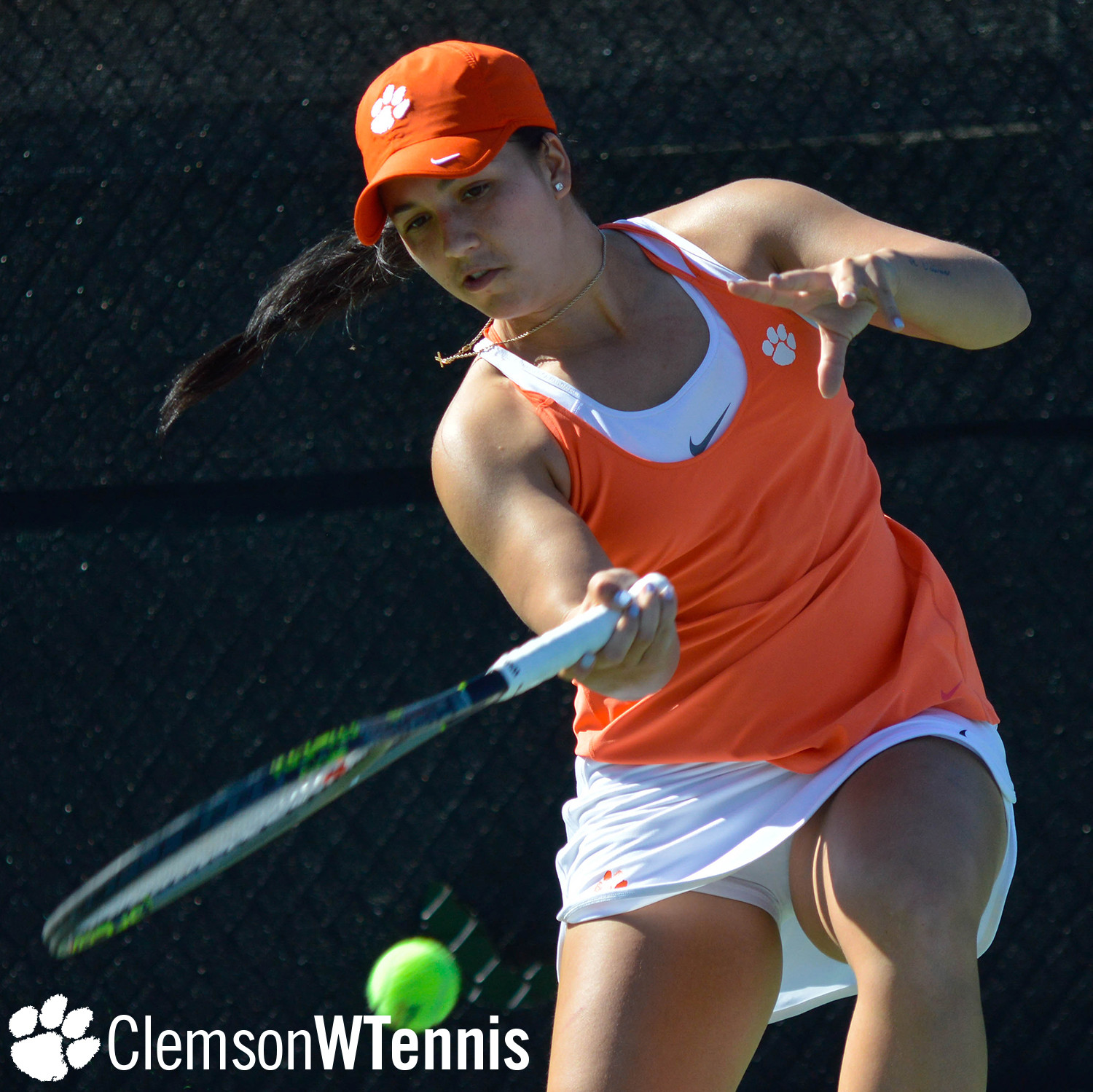 Clemson 4, Marshall 2The Tigers won the doubles point against the Thundering Herd, with wins at No. 3 and No. 1, in that order. Fernanda Navarro and Daniela Ruiz defeated their Marshall opponent 6-2 at No. 3, followed by a win by Ayan Broomfield and Marie-Alexandre Leduc by a score of 6-2 at the top doubles position.

In singles play, junior Daniela Ruiz made short work of her Marshall opponent at No. 6, winning 6-2, 6-0. Ruiz has won two straight matches at No. 6, and has lost a total of just four games in the two contests. The Thundering Herd tied the team score at 2-2 by picking up the next two singles wins, on Courts 3 and 1, in that order. Freshman Constanza Gorches put the Tigers back on top, winning 6-2, 7-5 at No. 5 singles, her sixth dual-match win in a row. Freshman Sydney Riley came from behind to clinch the win for Clemson, dropping the first set in a tiebreak, 6-7(3), before winning the next two, 6-4, 6-3.

Clemson 4, College of Charleston 0For the second straight match, Clemson won the doubles point by virtue of wins at No. 3 and No. 1 singles, in that order. Navarro and Ruiz were victorious at No. 3 by a score of 6-1, and then Broomfield and Leduc won 6-0 at No. 1. Broomfield and Leduc are now 9-2 in dual matches on the season.

The Tigers return to action for two more road matches next weekend, at #35 NC State on Friday, March 31 and at #17 Duke on Sunday, April 2.