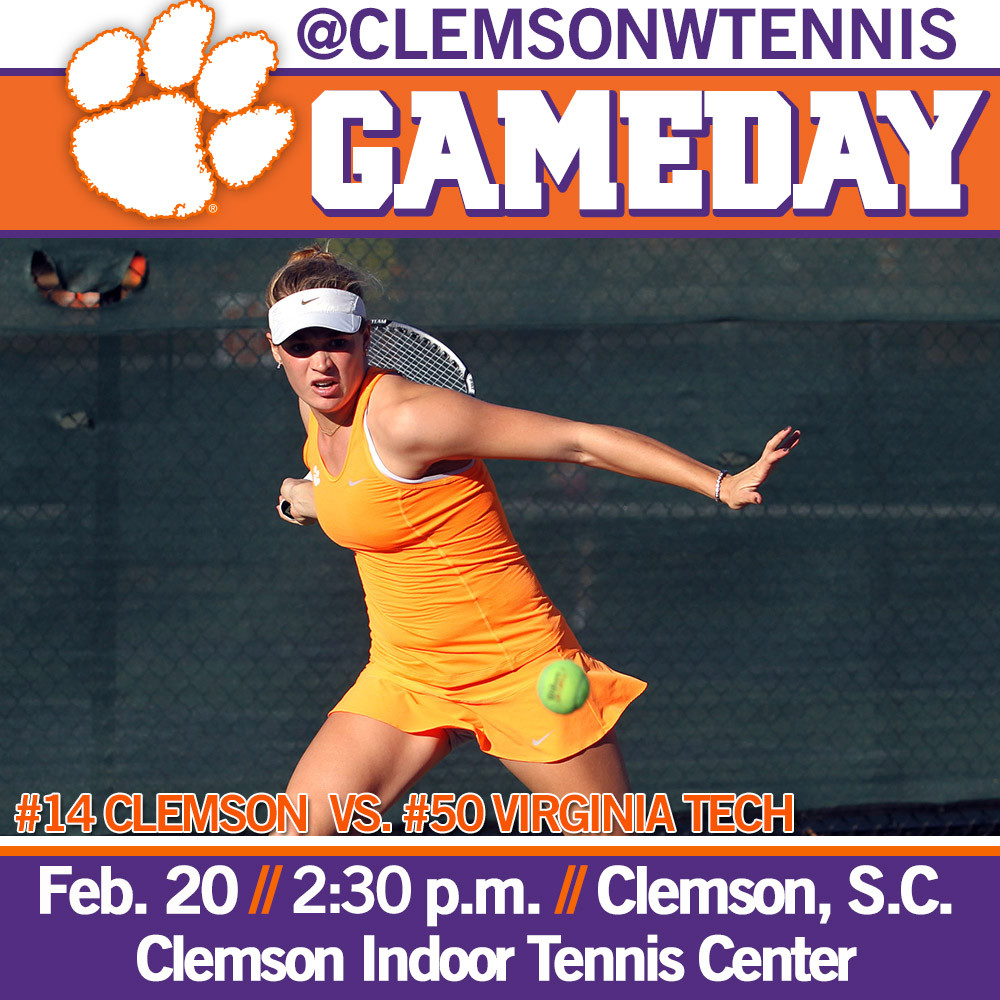 CLEMSON, S.C.- The 14th-ranked Clemson women’s tennis team kicks off the ACC season hosting No. 50 Virginia Tech Friday, Feb. 20 at 2:30 p.m. before traveling to Winston-Salem to take on No. 51 Wake Forest Sunday at noon. Friday’s match will be held in the Clemson Indoor Tennis Center. Live scoring for Friday’s matchup against the Hokies will be on ClemsonTigers.com and fans can also follow @ClemsonWTennis on Twitter for updates. Admission is free to the public.

Clemson is ranked 14th in the latest ITA poll, and has four singles players and three doubles teams in the association’s individual rankings. The doubles team of Beatrice Gumulya and Jessy Rompies is ranked first in the nation, and is 18-1 overall and 6-0 in dual matches so far this season. Rompies is the current ACC player of the week, her second player of the week nod of the young spring season. Joana Eidukonyte and Romy Koelzer are the Tigers’ highest-ranked singles players, at 23rd and 35th, respectively. Nancy Harris’ Tigers are coming off a very close 4-3 loss at No. 6 Baylor.

Scouting Virginia TechVirginia Tech enters the matchup at 5-1 on the spring. The Hokies are ranked 50th in the latest ITA poll and are coming off a 6-1 win over Coastal Carolina.  Clemson holds a 16-3 advantage in the all-time series between the two teams including a 10-1 record at home. In 2014, Clemson bested Virginia Tech 6-1 in Blacksburg.

Scouting Wake ForestWake Forest is coming off of a 4-3 win over No. 37 LSU on Feb. 13. The Demon Deacons are ranked 51st in the latest ITA poll. Clemson leads the series 29-17 and is 11-6 in matches played in Winston-Salem.