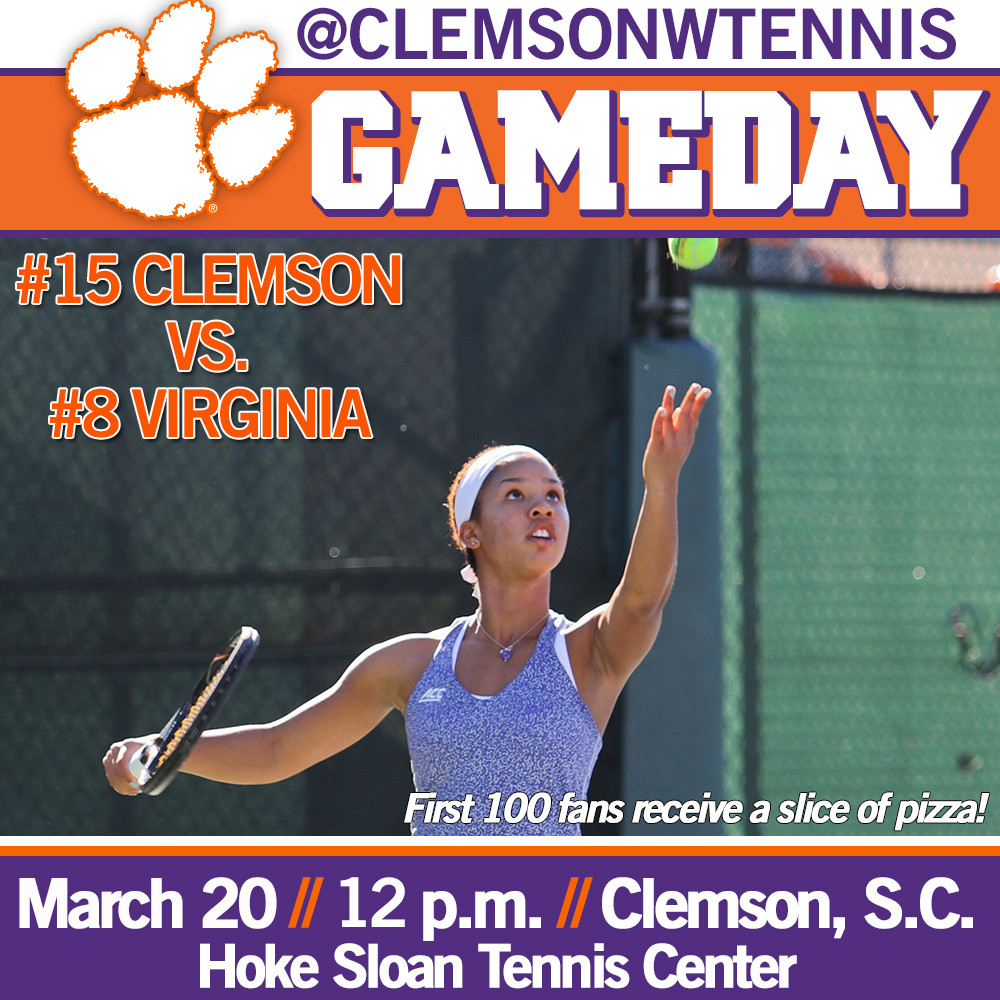 NOTE: The 12:30 p.m. start time is a change from the originally announced time of 11 a.m., in order to allow time for the outdoor courts to dry.

CLEMSON, S.C.- The 15th-ranked Clemson women’s tennis team hosts No. 8 Virginia at 12:30 p.m. Friday at the Hoke Sloan Tennis Center. It is an important matchup in terms of conference tournament seeding, as Virginia is No. 4 and Clemson No. 5 in the ACC standings to date. Live scoring for the match can be found on ClemsonTigers.com and fans can follow @ClemsonWTennis on Twitter for updates as well.  Admission is free, and the first 100 fans will receive a slice of pizza.

The Tigers are 9-5 on the season and 4-1 in the ACC. Clemson is coming off of back-to-back 7-0 sweeps of Louisville and College of Charleston. Clemson claims two doubles teams and four singles players in the ITA rankings, including the number one doubles duo in the nation of Beatrice Gumulya and Jessy Rompies. Tristen Dewar and Romy Koelzer are ranked 72nd. In singles, Joana Eidukonyte is Clemson’s highest ranked player at No. 24. Koelzer comes in at No. 43 while Gumulya and Rompies are No. 95 and No. 122, respectively.

No. 8 Virginia is 11-2 and a perfect 4-0 in conference play. The Cavaliers are coming off of wins over Florida State (6-1) and George Washington (6-0) in a doubleheader on March 8th. Virginia has three ranked singles players, all inside the top 30, including No. 1 Julia Elbaba. The Cavs also have two doubles teams ranked at No. 23 and No. 56.