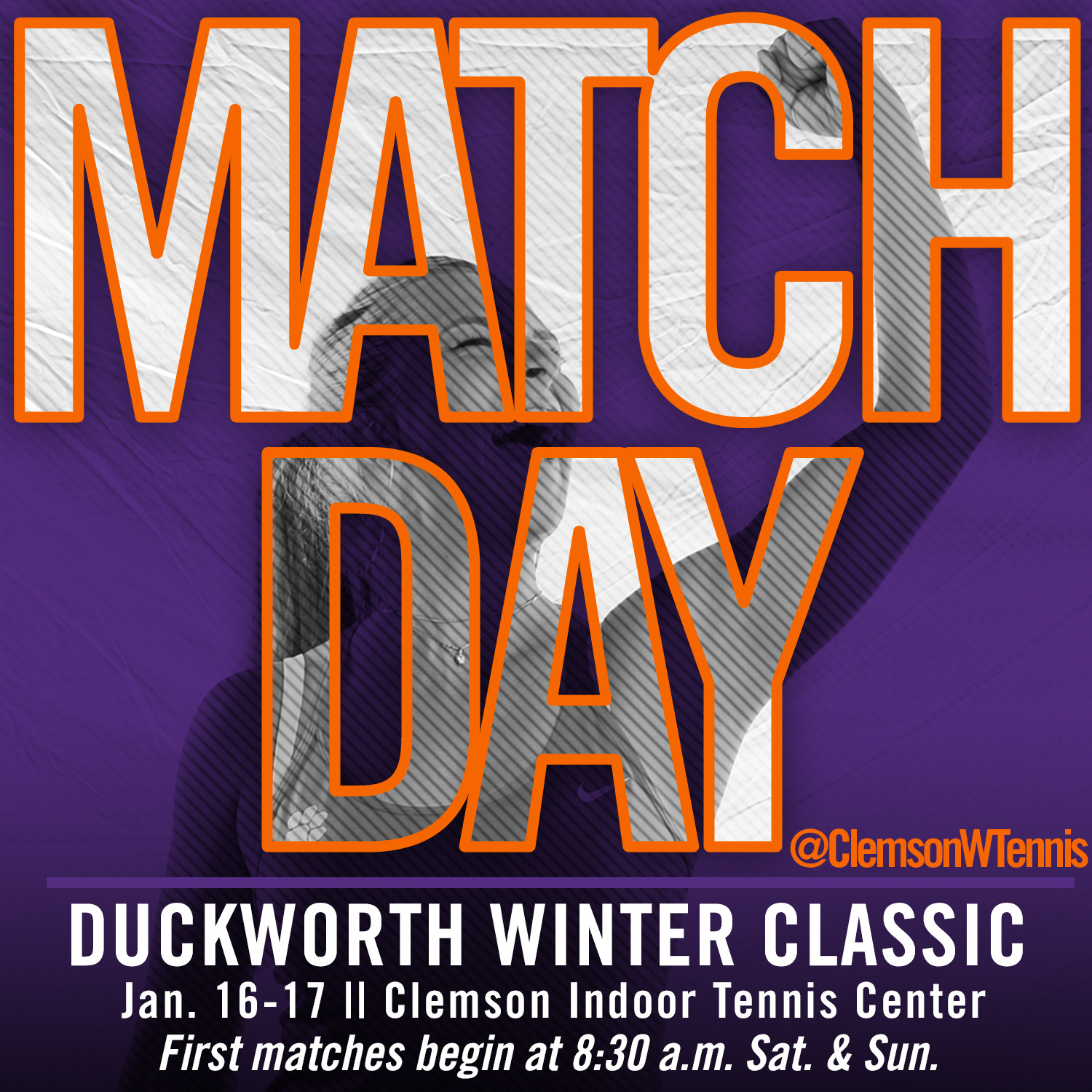 CLEMSON, S.C. – The Clemson women’s tennis team opens the 2016 spring season this weekend as it hosts the Duckworth Winter Classic on Saturday, Jan. 16 and Sunday, Jan. 17. Players from Clemson, Charleston Southern, Georgia State and UNC Greensboro will compete in the flighted tournament. Matches begin each day at 8:30 a.m., with two rounds of doubles followed by one round of singles on Saturday, and one round of doubles followed by two rounds of singles on Sunday.

Entering the spring season, the Tigers have the number-one-ranked singles player in senior Joana Eidukonyte. Freshmen Fernanda Navarro and Theresa Piontek were ranked 59th and 72nd, respectively, in the preseason poll released by the ITA on Jan. 5. Eidukonyte is one of three returning letterwinners from the 2015 team, while Navarro and Piontek are joined on the roster by three additional newcomers. Last season, Clemson reached the NCAA Round of 16 for the 10th time in the last 12 seasons and finished the year ranked 18th nationally and with three All-Americans.

Scouting Charleston Southern: The Buccaneers were 18-3 overall and 8-1 in the Big South in 2015, and concluded the season with an NCAA First Round loss to Georgia. Senior Mi’Kola Cooper and junior Valeria Koussenkova are coming off 2015 Big South singles flight championships to lead Charleston Southern.

Scouting UNC Greensboro: The Spartans posted an 8-12 record in 2015, and a 2-4 mark in Southern Conference play. The team features three seniors, including Amy Ellis and Jamie Grinberg, who tied for the team lead in singles victories a year ago, with 13 apiece.