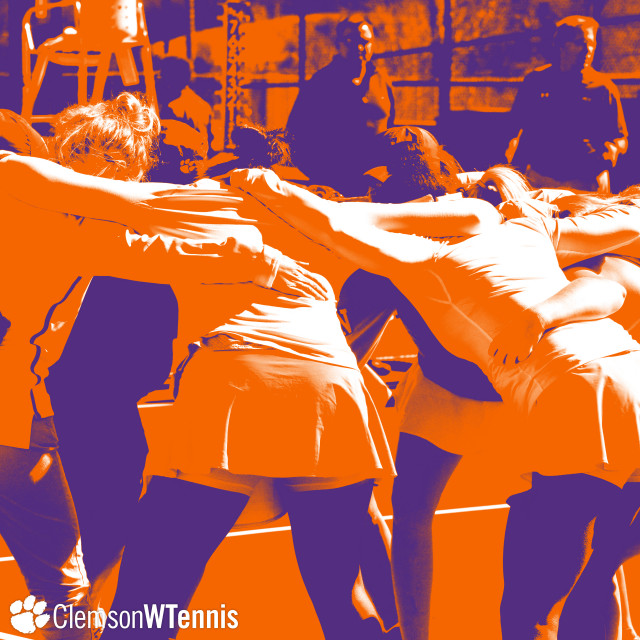 Tigers Fight, but Fall to Top-Seed & No. 2 Vanderbilt in NCAA Second Round

NASHVILLE, Tenn. – The 41st-ranked Clemson women’s tennis team gave a great effort, but was ultimately overpowered by Vanderbilt, the No. 1 overall seed in the tournament and the second-ranked team in the nation, falling 4-0 in the NCAA Second Round at the Currey Tennis Center in Nashville, TN on Saturday. The Commodores, who are the defending NCAA Champions, improve to 24-3 with the win, and advance to the NCAA Sweet 16 in Winston-Salem next week.

The Commodores won the doubles point with wins at No. 1 and No. 3. At No. 1, the Tigers’ 21st-ranked duo of Marie-Alexandre Leduc and Fernanda Navarrofell to Vanderbilt’s 11th-ranked team of Fernanda Contreras and Astra Sharma, 6-3. Clemson’s Ally Miller-Krasilnikov and Tate Schroeder trailed No. 69 Emma Kurtz and Emily Smith 1-4 at No. 2 doubles, but fought back to be down 4-5 when their match was abandoned.

In singles play, five of the six first sets were very close, but senior and three-year co-captain Daniela Ruiz was the only Tiger to win hers, claiming the set in a tiebreak, 7-6(6). Vanderbilt took a 2-0 lead with a quick win at No. 4 singles. The Commodores two top singles players, No. 11 Sharma playing No. 1, and No. 10 Contreras playing No. 2, clinched the victory. Both Leduc, ranked 24th nationally, and Navarro, played close first sets against their top-11 ranked opponents, each falling 4-6 but Vanderbilt pulled away in the second sets. Schroeder had a very solid showing against 44th-ranked Christina Rosca, falling 7-5 in the first set and leading 4-1 in the second when play was halted.

Clemson finishes the season with a 14-14 record, and a great 4-1 upset over No. 28 Ohio State in the first round of the NCAA Championships on May 11. Friday’s first-round win marked the 16th time in the last 17 seasons in which the Tigers have won at least one match in the NCAA tournament. While the 2018 team campaign has ended, Leduc and Navarro both received invitations to play in the NCAA Individual Championships in Winston-Salem, N.C. from May 23-28. Leduc will play in the national singles tournament, and she and Navarro will play in the doubles draw.