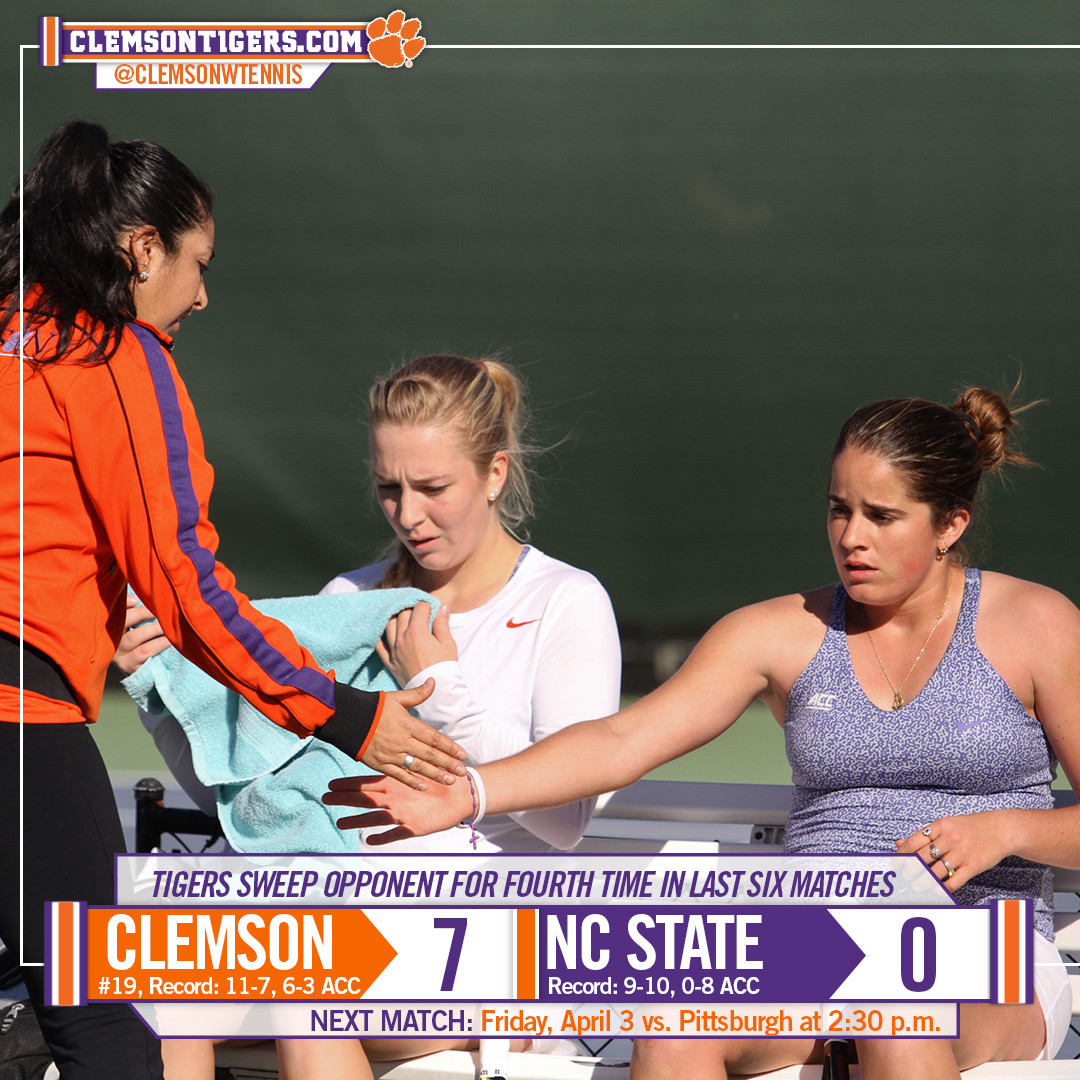 Tigers Down Wolfpack 7-0 on Sunday Afternoon

CLEMSON, S.C. – The 19th-ranked Clemson women’s tennis team defeated NC State 7-0 on Sunday afternoon at the J.W. Isenhour Tennis Center in Raleigh, N.C.  Sunday’s win was Clemson’s fourth 7-0 sweep in the last six matches. With the win, the Tigers move to 11-7 overall and 6-3 in ACC and the Wolfpack fall to 9-10 and 0-8 in the conference.

In doubles action, the Tigers quickly jumped out to a lead on all three courts. Daniela Ruiz and Joana Eidukonyte, playing at No. 3, defeated their NC State opponent 8-3 to start things off. Beatrice Gumulya and Jessy Rompies, ranked third in the country, followed right behind their teammates with an 8-5 win at No. 1. Tristen Dewar and Yuilynn Miao were up 6-3 but their match went unfinished when Gumulya and Rompies clinched the doubles point.

After three consecutive road matches, Clemson returns home for two matches beginning Friday, April 3 against Pittsburgh at 2:30 p.m. The Tigers will then play Georgia Tech on Saturday, April 4 at 2:30.