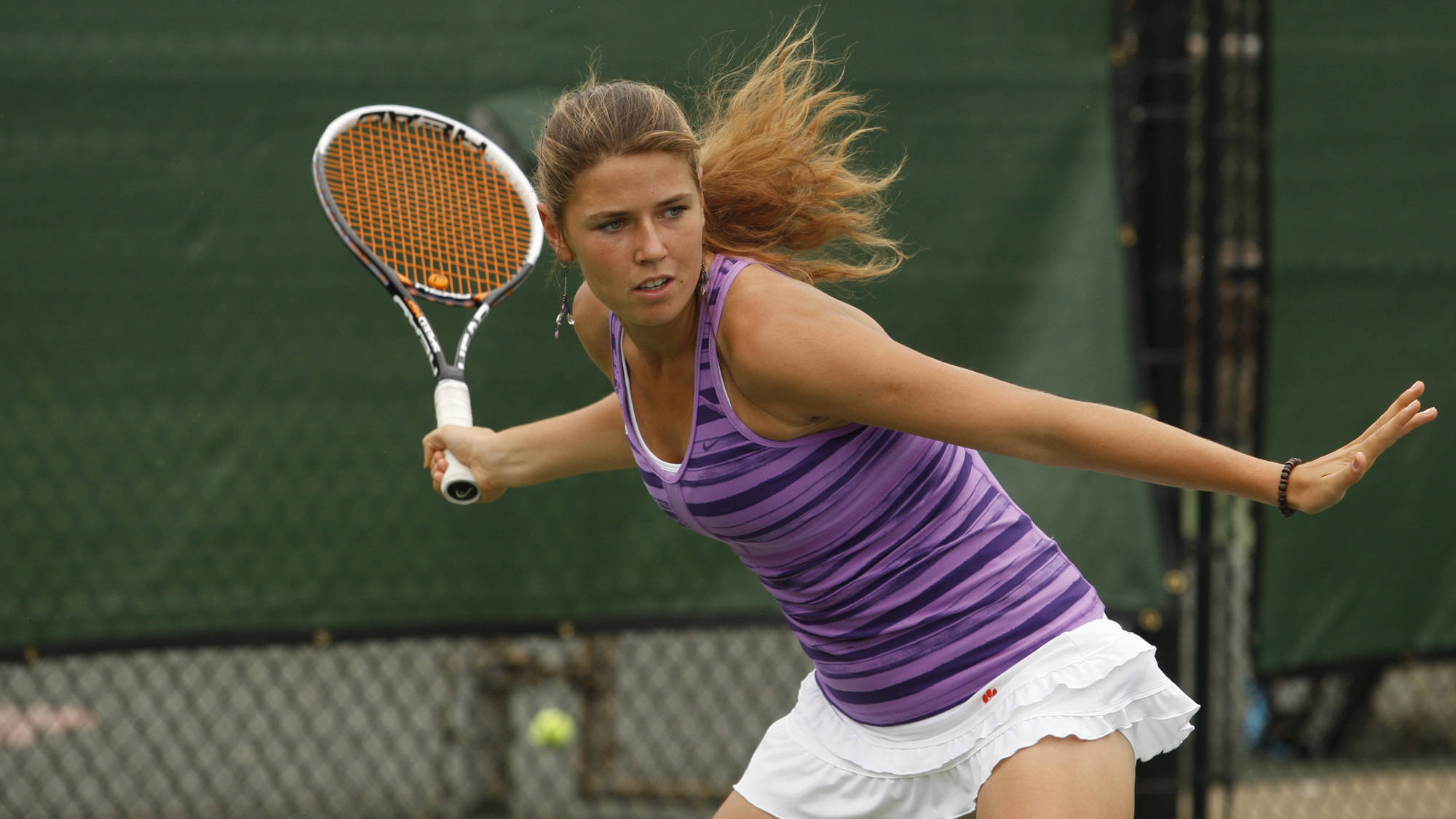 GREENVILLE, SC – Four members of the women’s tennis competed on the first day of action at the Furman Fall Classic in Greenville, SC. The Tigers compiled a 2-2 singles record and a 3-1 doubles mark on the first day.

Yana Koroleva and Tristen Dewar cruised to a pair of wins at flight twwo doubles to reach the championship match on Saturday at 9:00 am. Romy Koelzer and Ani Miao bounced back after a first-round loss to Tessa Lyons and Gina Suarez-Malaguti of North Carolina to bead Stanford and Murray of Furman, 8-1. The North Carolina duo advanced to the finals where they will take on Clemson’s Dewar and Koroleva.

Koroleva dropped a three-set match to No. 11 Mary Anne Macfarlane of Alabama in the first round of flight one singles, 2-6, 7-6(3), 6-3. She’ll play No. 26 Zoe De Bruycker of North Carolina in the consolation semifinals at 12:15 pm Saturday.

Dewar dropped her first collegiate match to No. 71 Caroline Price of UNC, 3-6, 6-2, 6-3and will play Saturday against Ximena Siles of South Carolina at 10:30 am.

Romy Koelzer won her match, 6-0, 6-3 over Kayla McMurray of Tennessee at flight five singles, and will play Yasmeen Ebada of Alabama on Saturday morning. Ani Miao won her singles debut by a 6-2, 6-0 over Alex Martin of South Carolina and will play Tiffany Tavares of Tennessee in the flight four semifinals.