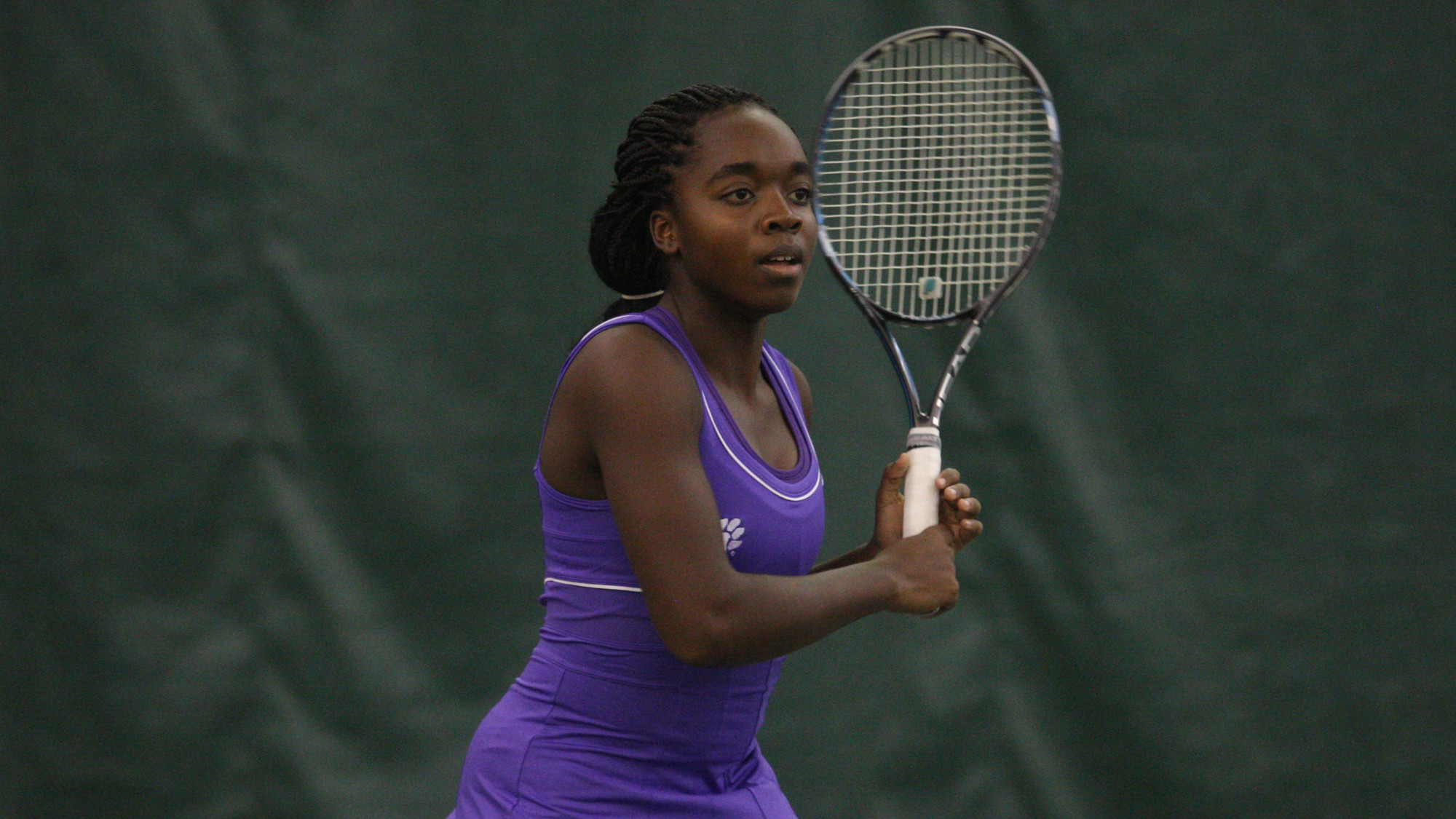 CLEMSON, SC – The No. 22 Clemson women’s tennis team concluded play at the Clemson Indoor Tennis Classic, held this weekend. The Tigers were nearly spotless, going 10-1 in singles and 9-0 in doubles, and claiming championships at the top singles flight, as well as the top three doubles flights.

Clemson played just two rounds of singles, but did play three times in doubles, going undefeated at the top three flights. No. 45 LSU, No. 55, Kansas, and Charleston Southern alsom competed in the flighted tournament.

“I think we got off to a really good start, and that they realize they need to work on some things to get to the next level, and this tournament gave us that opportunity,” said Nancy Harris, whose teams have gone to 11 straight NCAA Tournaments. “It was great to have all of these solid teams here. They traveled a long way, and we are so grateful to them and their staffs to play their openers, and we hope to make it an annual event.”

“I am very grateful to our whole staff that were here from early mornings to late at night to accommodate the event, and to make it possible for all the teams to benefit.”

Liz Jeukeng, Beatrice Gumulya, and Tristen Dewar each won two singles matches overall, with Jeukeng winning in three sets at flight one over No. 112 Kaitlin Burns of LSU on Friday, and cruising to a 6-0, 6-0 win at two on Sunday. Gumulya, ranked 77th in the nation, won her Friday match at flight two and the Sunday meeting at flight three, as Yana Koroleva stepped in to the lineup at the top singles spot.

Koroleva, ranked 32nd in the nation, won her spring debut, 6-3, 6-2 over Marketa Placha, as she improved to 6-3 this year overall, including the fall.

Dewar pushed her record to 6-4 overall with her two wins, both of which came in straight sets. Sunday also marked the first career win for Carola Pederzani, who joined the team in January. She won, 6-2, 7-6(5) at flight five over Susita Das to close down play for the tournament.

Ani Miao, who won her singles match on Friday, only played doubles on Saturday and Sunday, winning both of her appearances. She and Romy Koelzer, who sat Sunday, went 2-0 at flight one doubles, while Miao and Pederzani teamed up for a win at flight two on Sunday. Gumulya and Jeukeng played together for the first time in doubles this weekend, and it went well, with them going 3-0.

Clemson will next prepare for the ITA Kickoff Weekend, which takes place Jan. 25-27 in Tuscaloosa, AL. The region includes No. 10 Alabama, No. 22 Clemson, No. 25 Tulsa, and No. 58 Memphis. The Tigers will play Tulsa first, before taking on the winner of the Alabama-Memphis match.