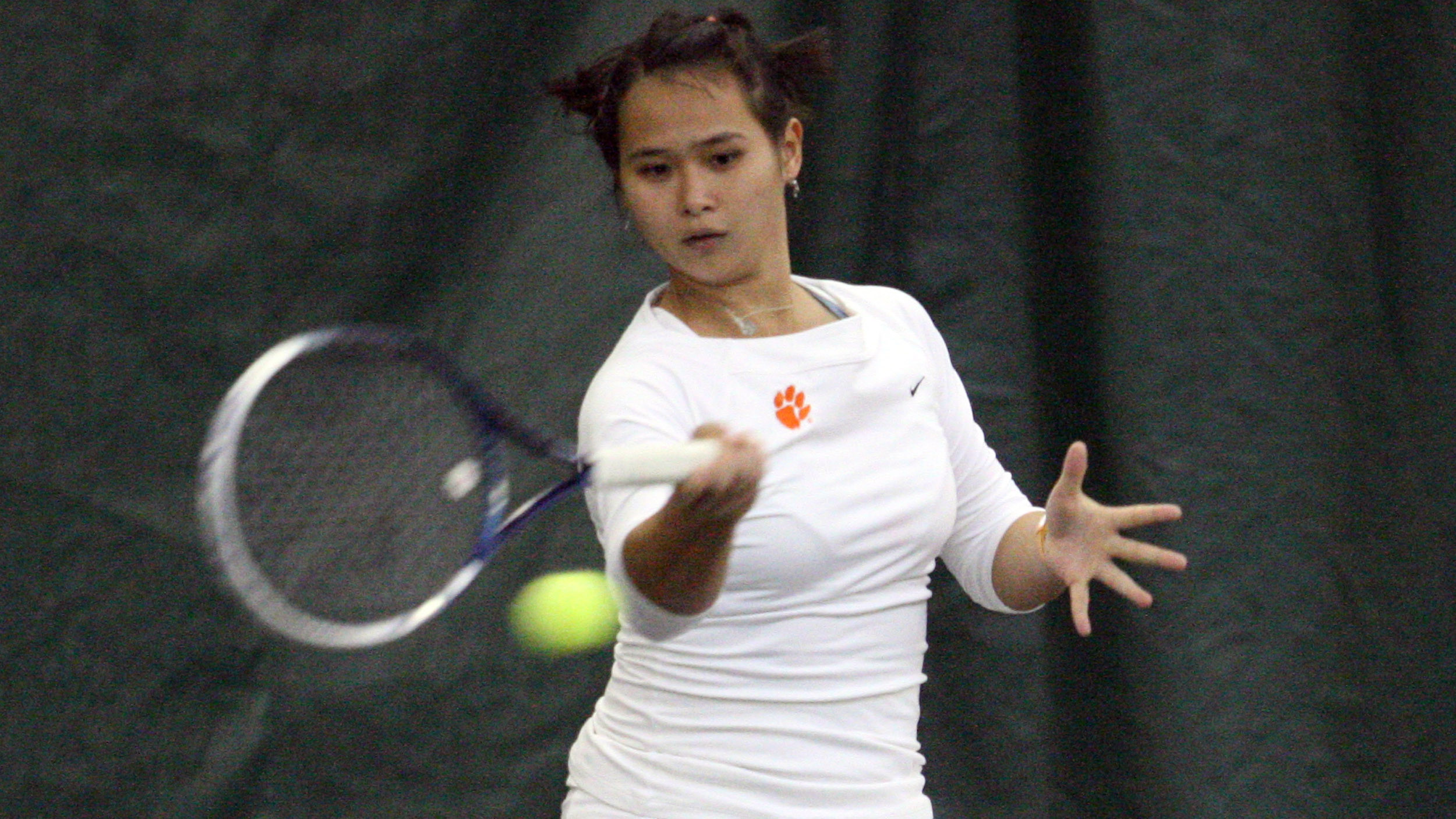 GAINESVILLE, FL – The 18th-ranked Clemson women’s tennis team fell, 5-2, to No. 13 Stanford on Saturday in Gainesville, FL. The Tigers fell to 3-4 on the season, with all four losses to top-15 competition. Stanford upped their record to 4-1, and welcomed back Nicole Gibbs, who missed the early part of the NCAA season playing in the Australian Open.

Beatrice Gumulya and Tristen Dewar claimed Clemson’s points with singles win. A day after dropping just her second match of the season to Alex Cercone from Florida, Gumulya downed No. 10 Krista Hardebeck, 6-3, 6-2, to improve to 12-2 this year and 23-2 over her last 25 matches. Gumulya, ranked 57th in the nation, played on court three.

Dewar won on court six in the longest match of the day, a 7-5, 6-3 win against Lindsey Kostas on court six.

Stanford took care of the doubles point, sweeping all three matches, and won singles matches on courts one, two, four, and five.

Yana Koroleva fell on court one to Nicole Gibbs, who was the No. 1 player in the nation before missing time to play in the Australian Open. Gibbs beat the Tiger sophomore, 6-2, 6-2. Liz Jeukeng fell to Kristie Ahn, 6-2, 6-2 on court two a day after knocking off the ninth-ranked player in the nation in Florida’s Sofie Oyen.

Ani Miao and Romy Koelzer also lost. Miao fell to Ellen Tsay, who is ranked 33rd in the nation, while Koelzer lost to No. 98 Stacey Tan in three sets.

Clemson will return to action on March 1 and March 3 at Florida State and Miami, respectively. Clemson won its ACC opener against Georgia Tech last week. The Tigers have already played six of their seven matches against Top-25 teams.