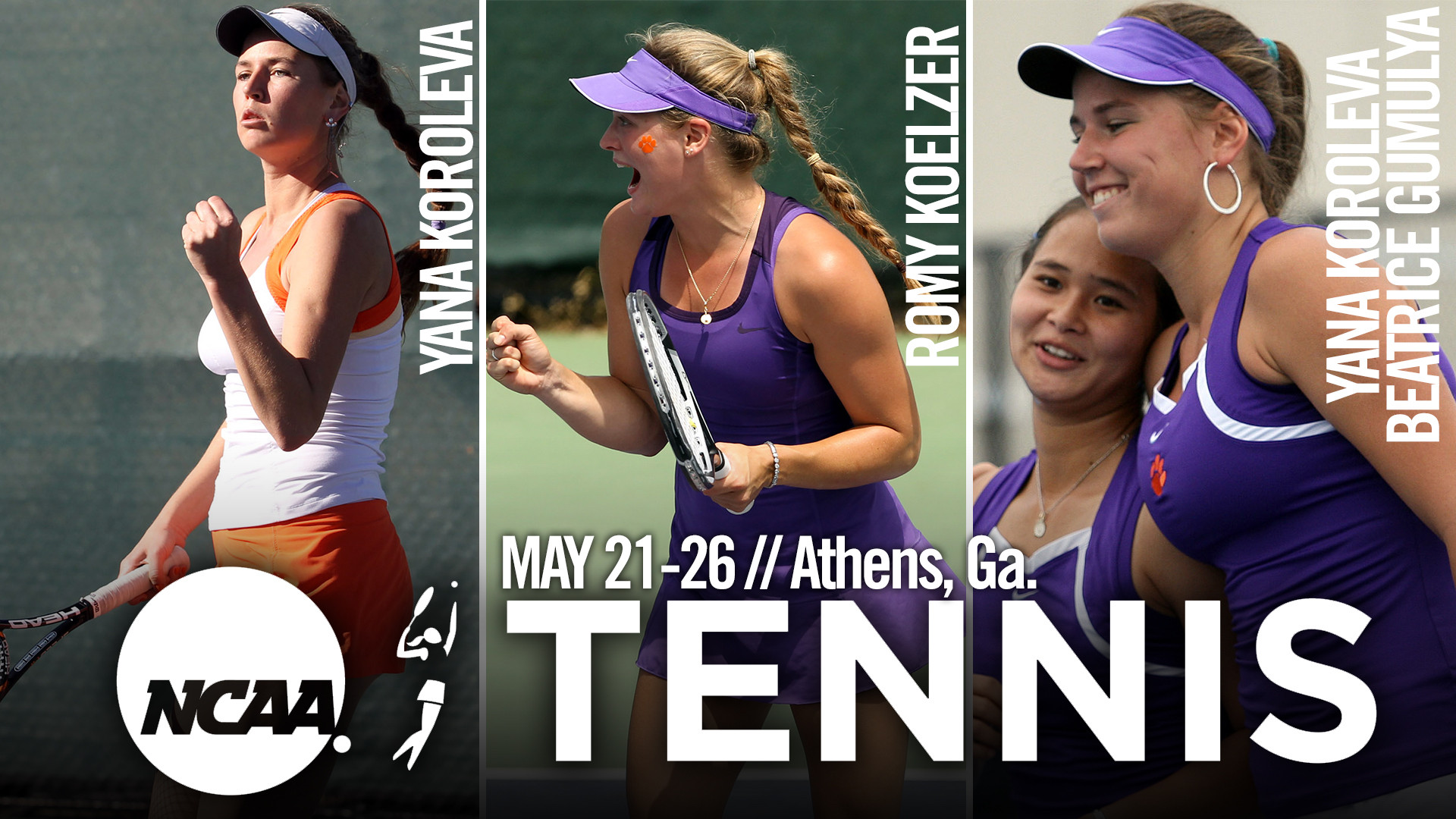 CLEMSON, SC – Three members of Clemson’s 12th-ranked women’s tennis team have earned at-large bids to the 2014 NCAA Individual Championships as announced on Wednesday evening. Yana Koroleva and Romy Koelzer are in the 64-player Singles Championships, while Koroleva and Beatrice Gumulya will team up in the 32-tandem Doubles Championships. The event takes place May 21-26 at the Dan Magill Tennis Complex in Athens, Ga.   Draws for the event will be released at a later date closer to the tournament. The Tigers were named the No. 13 overall seed and a regional host in the NCAA Team Championships, which begins May 9-10 at the Hoke Sloan Tennis Center. On May 9, Winthrop and Auburn will play at 10 a.m. in the first round, while Clemson and UNCW meet at 1 p.m. The winners move on to play at 1 p.m. on Saturday.  The 2014 season marks Koroleva’s second straight bid in the field. Last year, she became just the fourth Tiger ever to advance to the quarterfinals on her way to All-America honors. The 2014 All-ACC Second Team selection is 25-9 this year with eight wins over ranked opponents and a current national ranking of 32.  Koelzer will make her first appearance in the field, as she enters at 24-8 and the No. 33 national singles ranking.  Gumulya participated in the Singles Championships a season ago, but will make her doubles debut with Koroleva. The duo is 11-6 this season, but four of those wins are over ranked opponents, including three top-tens. The duo also went 10-1 last season, including a victory over the then-No. 1 doubles team in the nation. Koroleva and Gumulya hold a No. 18 national ranking currently.   Gumulya and Jessy Rompies are also listed as the first alternate team, but Gumulya is not permitted to play with both teammates.