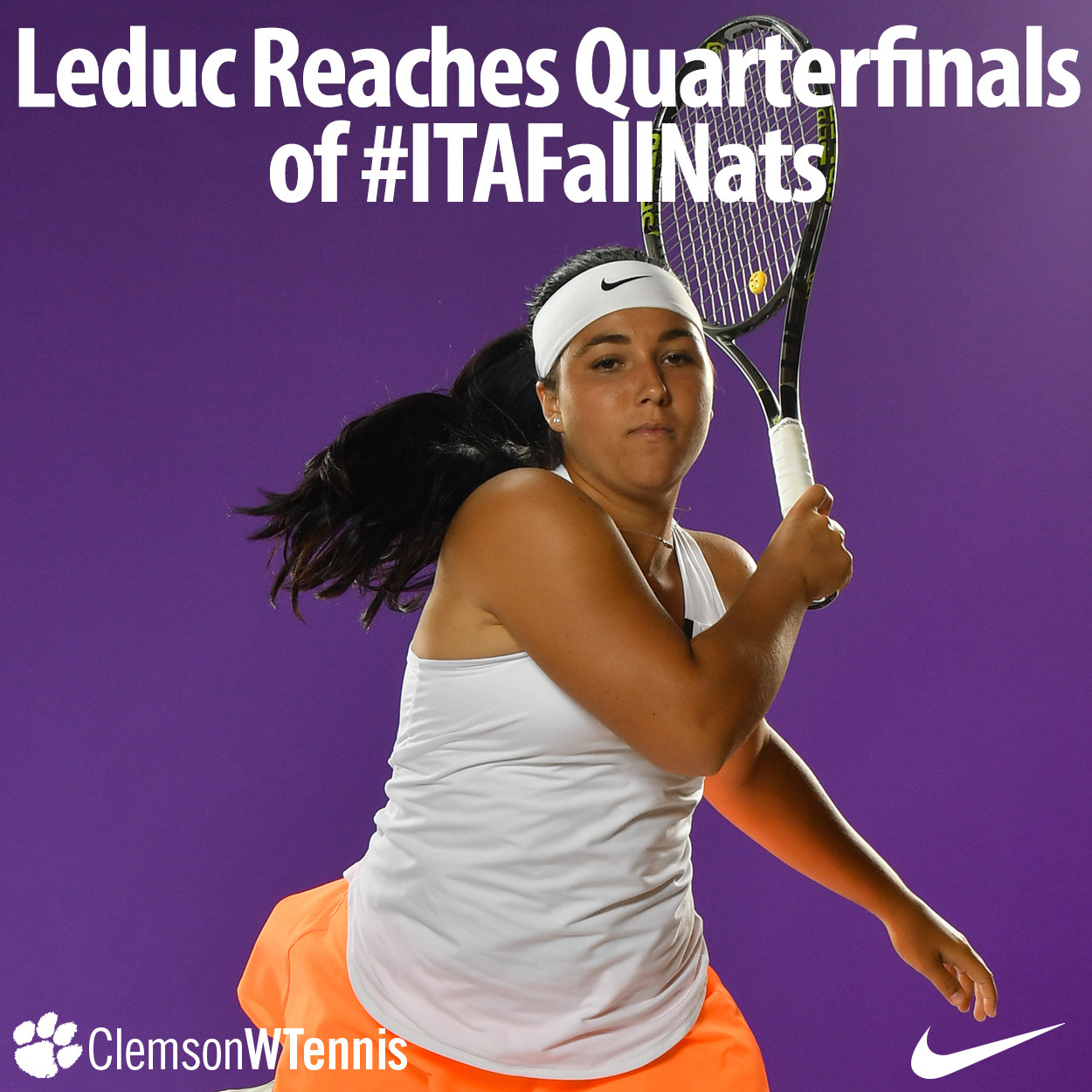 CLEMSON, S.C. – Marie-Alexandre Leduc went 3-1 in singles play, including a second-round upset over a top-15 ranked opponent, at the 2017 Oracle ITA National Fall Championships in Indian Wells, Calif. this week. The Clemson junior’s impressive run ended in the quarterfinals on Friday, with a hard-fought loss to the No. 13-seed in the draw.

Leduc, a native of Saguenay, Quebec, opened the tournament with a straight-set win (6-1, 6-4) over Stephanie Schrage of Princeton in the Round of 64 on Wednesday. In the second round on Thursday, she took three sets to defeat No. 15-seed and 13th-ranked Mayar Sherif Ahmed of Pepperdine, 4-6, 6-1, 6-3. Leduc, ranked 70th nationally in singles, made quick work of Stanford’s Emily Arbuthnott in the Sweet 16 on Friday morning, winning 6-1, 6-2.

On Friday afternoon, Leduc suffered a 7-5, 6-4 loss to Fernanda Contreras of Vanderbilt in the quarterfinals of the prestigious national tournament. Contreras, the No. 13-seeded player in the draw, won the first set 7-5, and led 4-1 in the second set when Leduc won two straight points to trail just 4-3. The players then traded the last three points, resulting in a 6-4 Contreras victory. The entire tournament was a great performance by Leduc, who has now concluded the fall season at 8-3 in singles play.