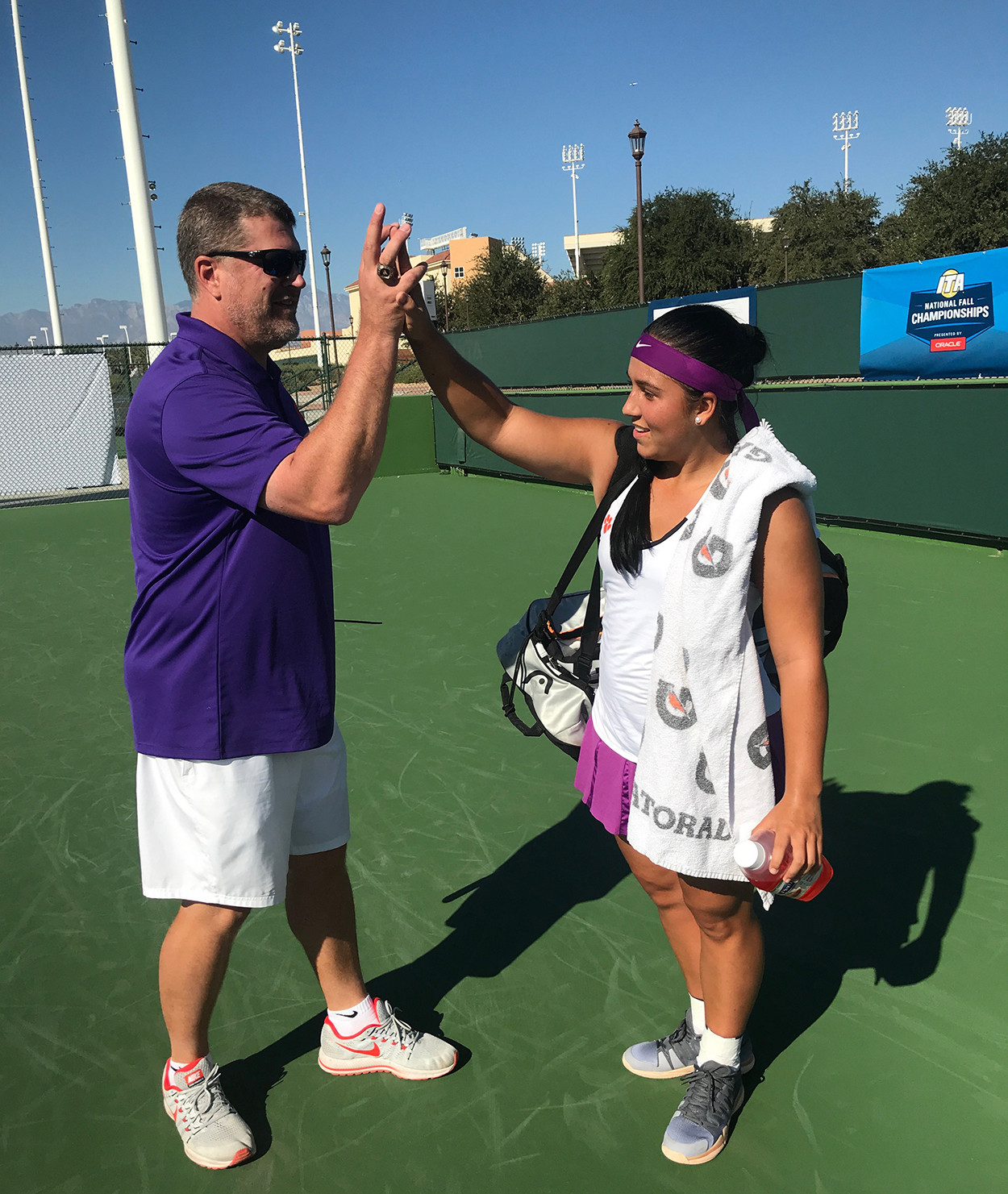 CLEMSON, S.C. – Junior Marie-Alexandre Leduc opened play at the 2017 Oracle ITA National Fall Championships in Indian Wells, Calif. on Wednesday morning with a straight-set win in the first round of singles play. The native of Saguenay, Quebec defeated Stephanie Schrage of Princeton, 6-1, 6-4, in the Round of 64 of the prestigious tournament.