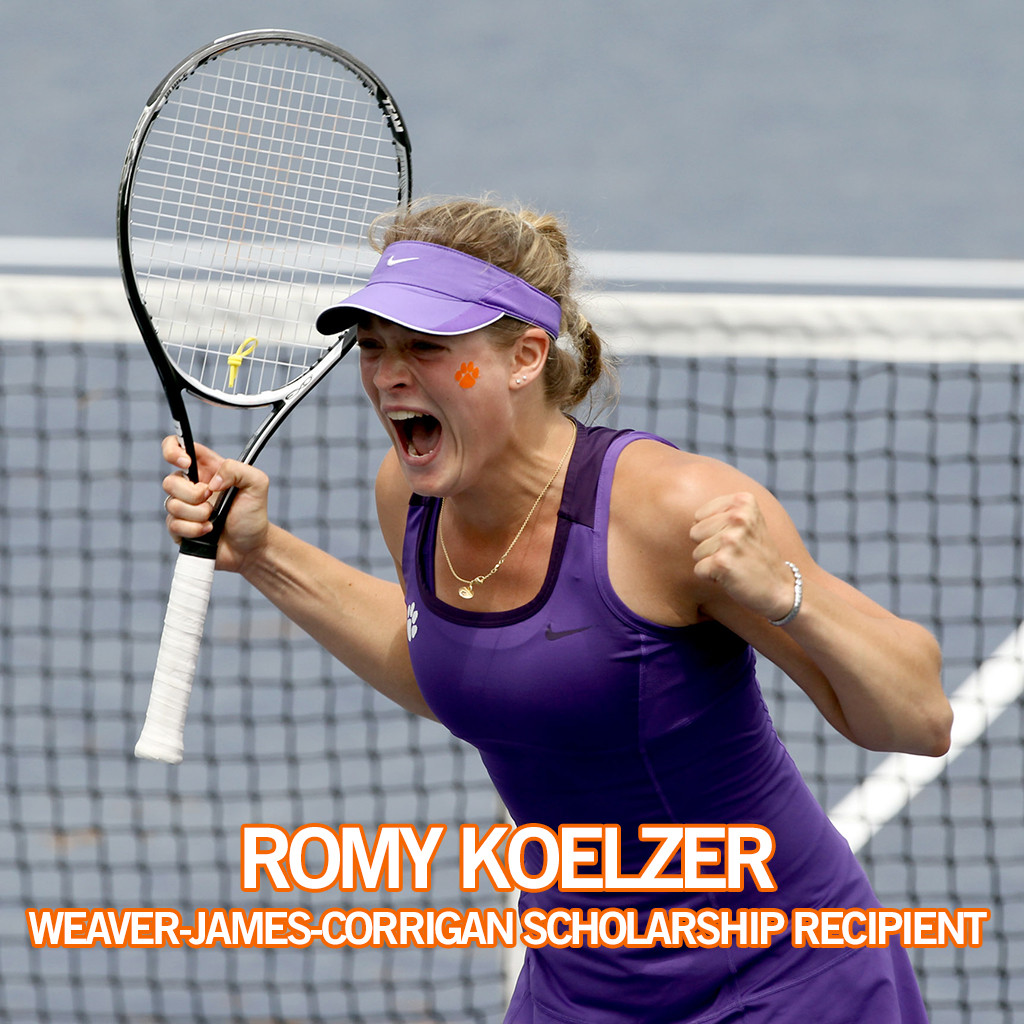 CLEMSON, S.C. – Senior women’s tennis player Romy Koelzer has been selected as one of 45 ACC student athletes to receive the prestigious Weaver-James-Corrigan Scholarship, annually awarded to those who wish to pursue a graduate degree following an undergraduate education and career.

Romy Koelzer is a three-year starter for the Tigers who has 71 singles wins and 50 doubles wins in her Clemson career. In 2013-14, she was 25-9 overall in singles, which included a 16-5 record in dual matches and an 11-1 mark in ACC play. The native of Betzdorf, Germany reached the Round of 32 in the NCAA Singles Championship and was ranked 33rd in the ITA’s final national poll.

Koelzer, a communications studies major, was named to the All-ACC Third Team and the All-ACC Academic Team in 2014. She is a team leader, both on the court and off, serves as a SAAC representative and has been heavily involved in community service throughout her career.

The student-athletes will be honored at the annual Cone Health ACC Postgraduate Luncheon hosted by the Nat Greene Kiwanis Club and presented by ESPN on April 15 at the Grandover Resort in Greensboro.