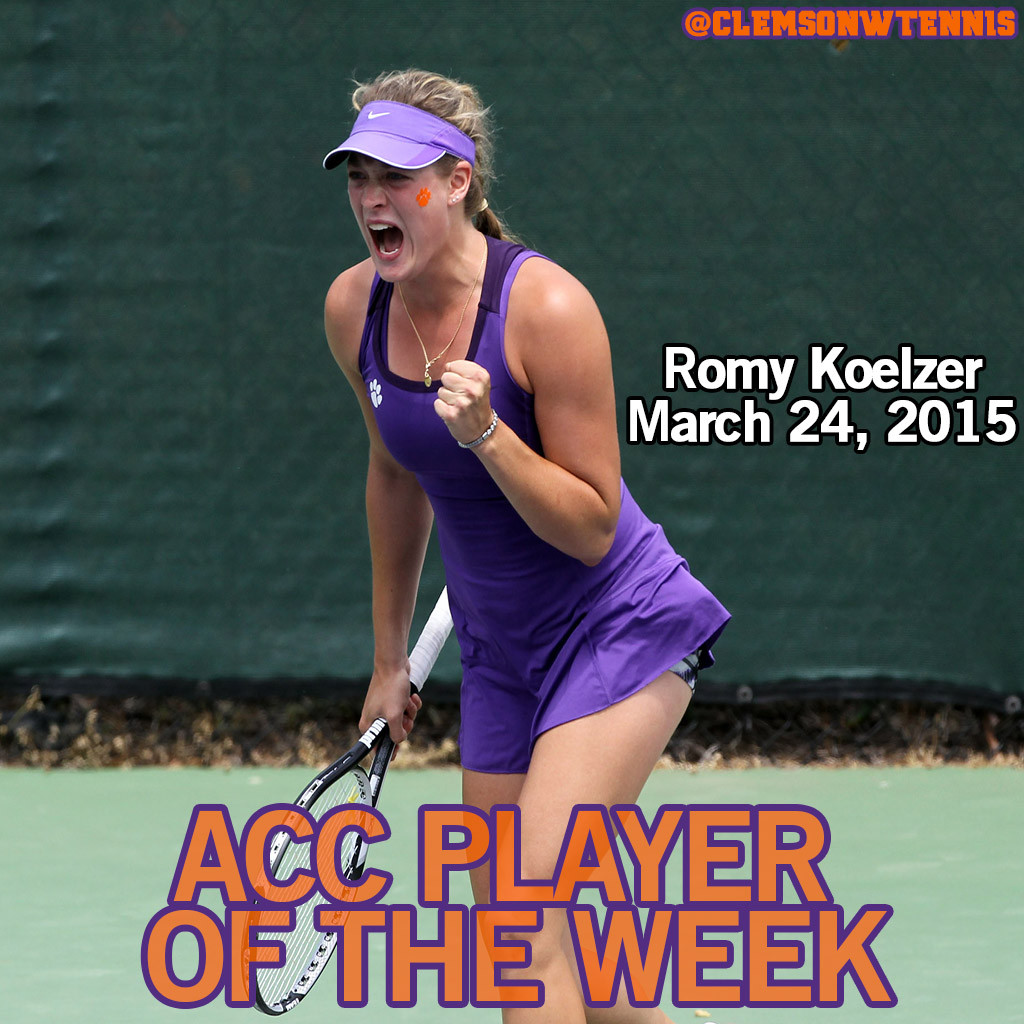 CLEMSON, S.C. – Clemson women’s tennis player Romy Koelzer has been named ACC player of the week as announced by the conference on Tuesday.

Koelzer was 3-0 in singles and 2-1 in doubles matches last week, helping the 19th-ranked Tigers to 7-0 sweeps of College of Charleston and Syracuse on the road and a close 4-3 loss to No. 8 Virginia at home. Koelzer, ranked 43rd at the time of the match and now 35th in the latest ITA poll, upset the nation’s top ranked singles player, Virginia’s Julia Elbaba, in straight sets (6-4, 6-1) in Friday’s tough loss to the Cavaliers.

The senior from Betzdorf, Germany has now won four straight singles matches, and six of her last seven, playing against many of the top players in the country at the top singles slot. Koelzer and partner Tristen Dewar, ranked 72nd last week, were 2-1 in matches last week with their only loss coming to Mercer & Morton of Virginia, the nation’s 23rd-ranked doubles duo.

Koelzer’s player of the week nod is the fourth for the Tigers this season as senior Jessy Rompies was the recipient on Jan. 27 and Feb. 17 and junior Joana Eidukonyte received the honor on Feb. 25.

Koelzer and the Tigers return to action against undefeated and No. 1-ranked North Carolina on Friday, March 27 in Chapel Hill, before heading to Raleigh to take on NC State on Sunday, March 29.