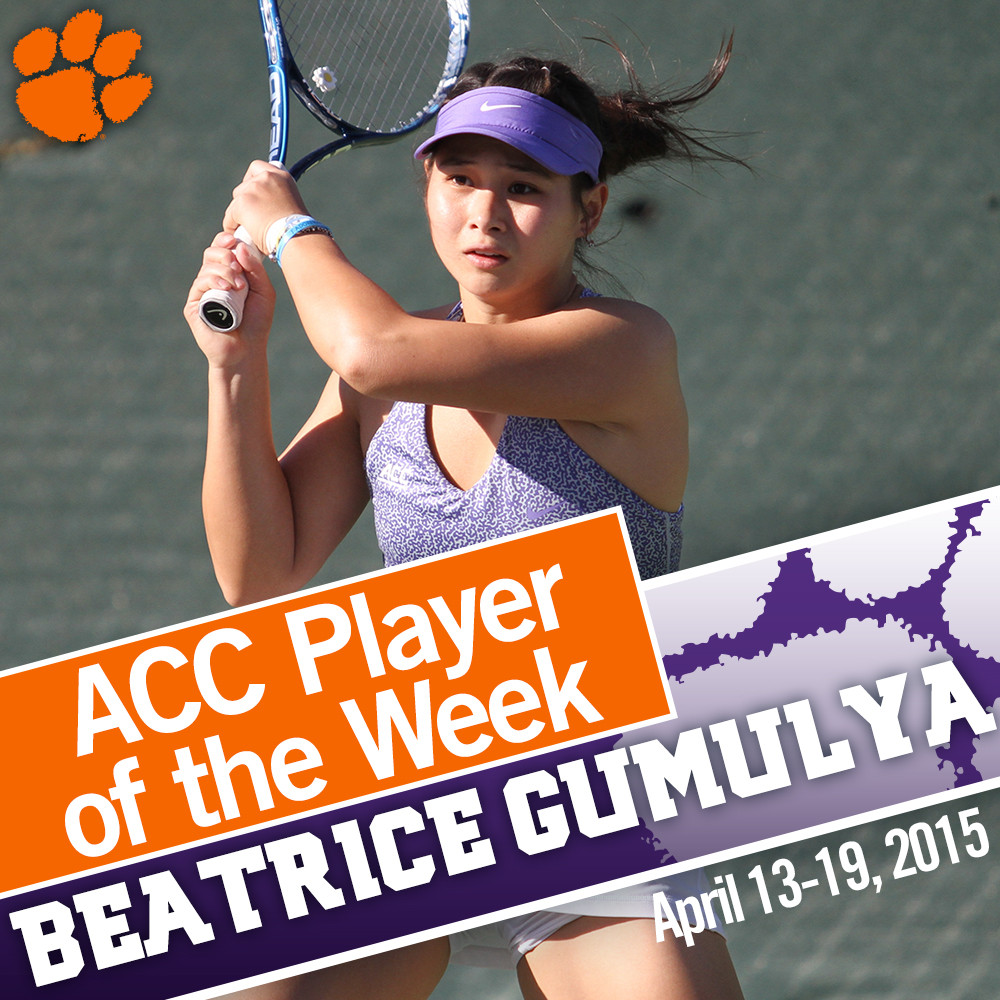 CLEMSON, S.C. – Senior Beatrice Gumulya was named ACC Player of the Week for her play the week of April 13-19, 2015. Gumulya won her singles and doubles matches in dominant fashion on Friday, April 17, pacing the 21st-ranked Tigers to a 5-0 win over No. 33 Notre Dame on Senior Day in Clemson.

Gumulya’s 6-3, 6-1 win at No. 2 singles over the Irish’s Monica Robinson was the eighth consecutive win for the native of Jakarta, Indonesia, who was ranked 59th nationally in last week’s ITA poll. In her first time playing with teammate Tristen Dewar this season, the duo defeated Notre Dame’s Closs and Fennelly by a score of 8-2 at No. 3 doubles.

This is the fifth time this season that a Clemson women’s tennis player has earned the ACC’s weekly honor, and Gumulya is the fourth different Tiger to do so, as senior Jessy Rompies has claimed the award twice, while senior Romy Koelzer and junior Joana Eidukonyte have won it once apiece.