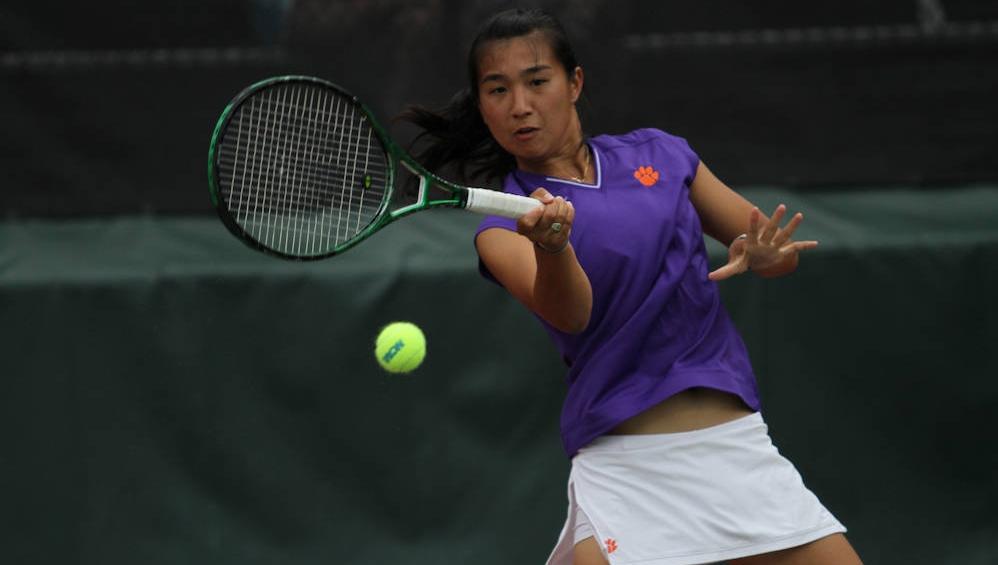 Keri Wong, a 2012 Clemson graduate, won the doubles title at the Las Cruces (NM) $25,000 Women’s Challenger. Wong and doubles partner Maria Fernanda Alvarez-Teran defeated Anamika Bhargava (USA) and Mayo Hibi (Japan) 6-2, 6-2 to win the title,  played at New Mexico State University Tennis Center. Wong and Alvarez, the sister of former Clemson player Daniela Alvarez (2003-06), improved to 12-0 as a duo this season in claiming their third professional doubles title together. Wong has made the finals of four straight tournaments, with her only loss coming last week with Fatma Al-Nabhani in a $25,000 El Paso.  Her win on Sunday was against a familiar foe, as she and Bhargava teamed up in two different tournaments earlier in 2013.  Wong has rocketed up the world doubles rankings, moving to No. 399 in the world with the 50 WTA rankings points that come with her most recent title. She’s 17-4 so far this year overall with titles in the $25K in Caracas, Venezuela, the $10K in Landisville (PA), and the $25K this week in Las Cruces.  Wong was a two-time All-American (2009, 2011) in doubles and is second in Clemson history with 117 career doubles victories and third with 219 total victories in her career.