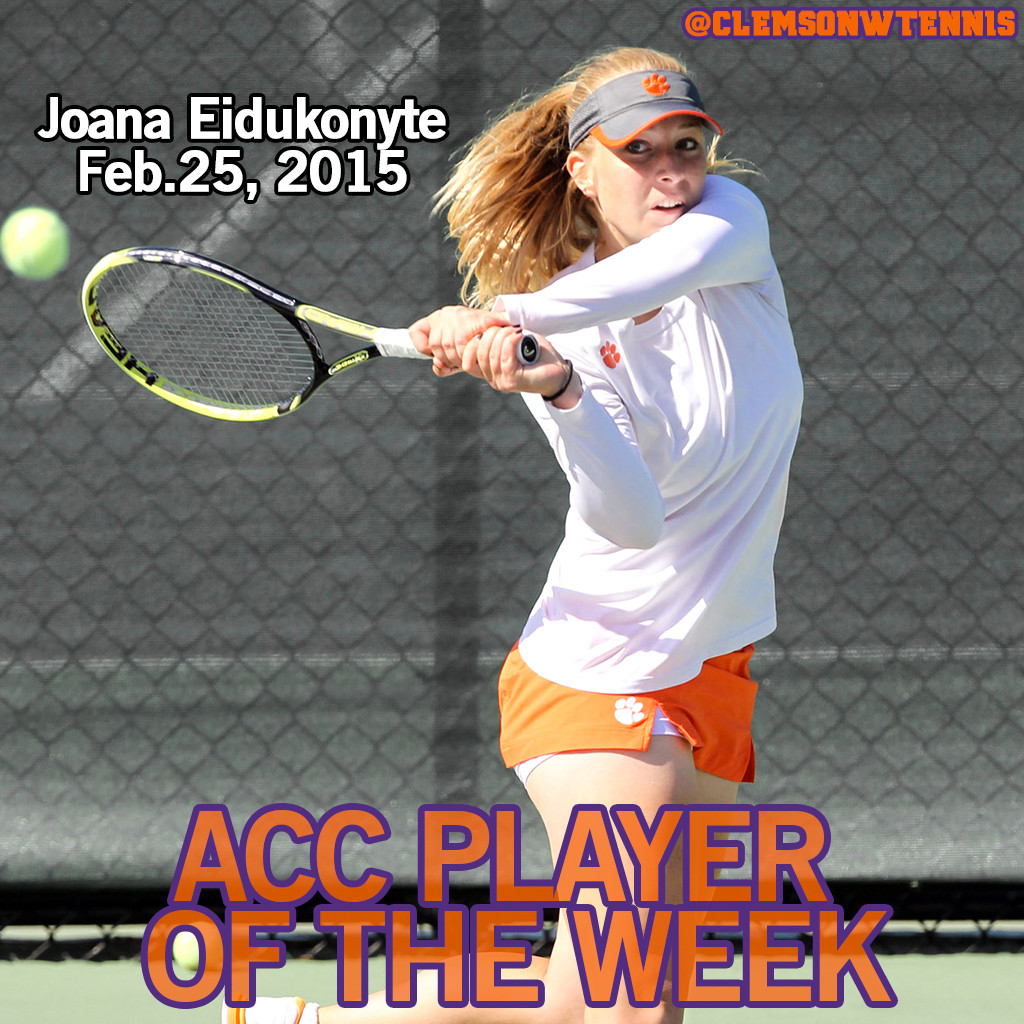 CLEMSON, S.C. – Clemson women’s tennis player Joana Eidukonyte has been named the ACC Player of the Week for the week of Feb. 16-22, as announced by the conference on Wednesday morning.

Eidukonyte, ranked 20th in the latest ITA singles poll, was 4-0 in singles and doubles combined on the weekend. She won both of her singles matches in straight sets to help the 14th-ranked Tigers kick off the ACC season at 2-0. The junior is now 20-4 overall in singles, and 7-1 in dual matches this spring.

In doubles, Eidukonyte and her partner Daniela Ruiz won both of their matches as well to help the Tigers clinch the doubles point against both the Hokies and Demon Deacons. The pair is now 10-2 overall and 4-1 in dual matches, and is on a four-match winning streak.

Eidukonyte’s player of the week nod is the third for the Tigers in the last month, as senior Jessy Rompies was the recipient on Jan. 27 and Feb. 17.

The Tigers have two ACC road matches in the state of Florida this week. The team travels to Tallahassee on Friday, Feb. 27 to face No. 52 Florida State before heading to Coral Gables to take on the 20th-ranked Hurricanes on Sunday, March 1.