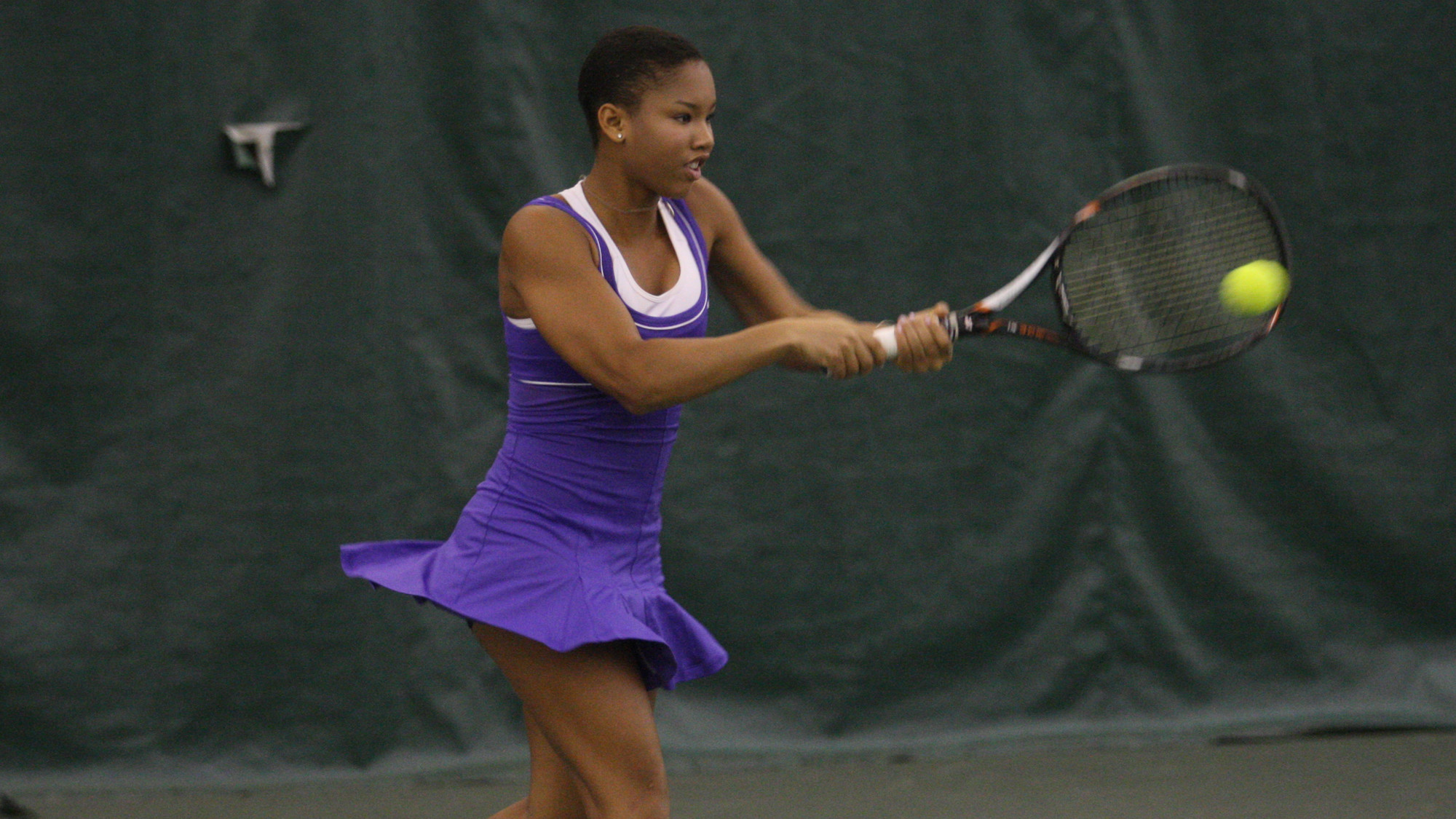 Clemson Tops No. 24 Tulsa to Advance

TUSCALOOSA, AL – The No. 20 Clemson women’s tennis team blanked the no. 24 Tulsa Golden Hurricane (2-1), 4-0, to earn their first win of the season in the ITA Kick-off Weekend. The Tigers (1-0) will play No. 10 Alabama in the second round at 3:00 pm EST for a bid to the 2013 ITA National Team Indoor Championships (NTIC) in Charlottesville, VA.

The Tigers took the doubles point against the second-seeded Golden Hurricane, and then won three straight singles matches to clinch the win. Romy Koelzer and Ani Miao teamed up for an 8-1 at flight two doubles, and Beatrice Gumulya and Liz Jeukeng scored an 8-6 win at flight three to clinch the doubles points. Yana Koroleva and Tristen Dewar were in a tiebreak at flight one against the 9th-ranked doubles group in the nation when doubles play was stopped.

In singles, Beatrice Gumulya earned a 6-3, 6-3 win over Michelle Farley at flight three. Koelzer, ranked 69th nationally in singles rung up a 6-2, 7-6 (1) win over Carol Benito. Tristen Dewar earned her first career clinch in her first career dual match with a 6-3, 6-2 win over Saana Saarteinen at flight four.