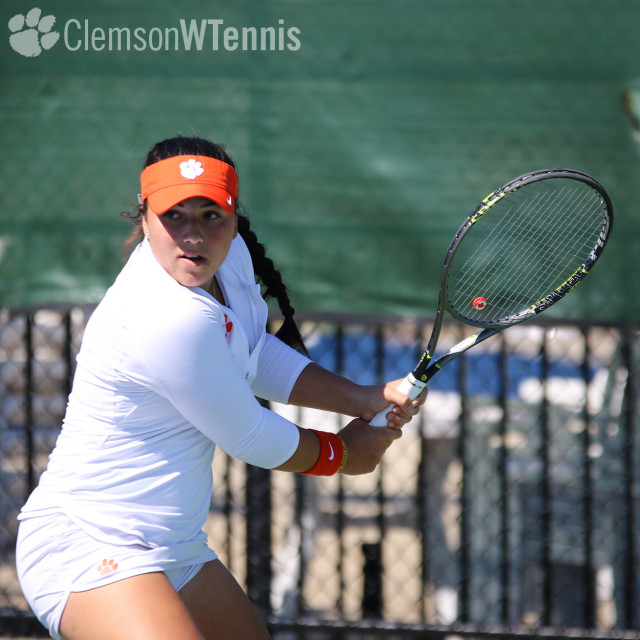 CHESTNUT HILL, Mass. – The Clemson women’s tennis team lost a close 4-3 match on the road at Boston College on Sunday afternoon at the Flynn Recreation Complex in Chestnut Hill, Mass. With the loss, the Tigers dropped to 7-8 (1-5 ACC), while the Eagles improved to 7-6 (1-5 ACC).

Juniors Marie-Alexandre Leduc and Fernanda Navarro opened doubles play with their sixth-straight win, a 6-1 victory over the Eagles’ Dasha Possokhova and Kylie Wilcox at No. 1. Boston College won on Courts 3 and 2, in that order, to claim the doubles point.

The Tigers travel to Orlando, Fla. this week for their spring break training trip. As part of the trip, they will play a doubleheader on Wednesday, March 21 against Yale and UCF. Both matches will be played at the USTA National Campus in Lake Nona, Fla.