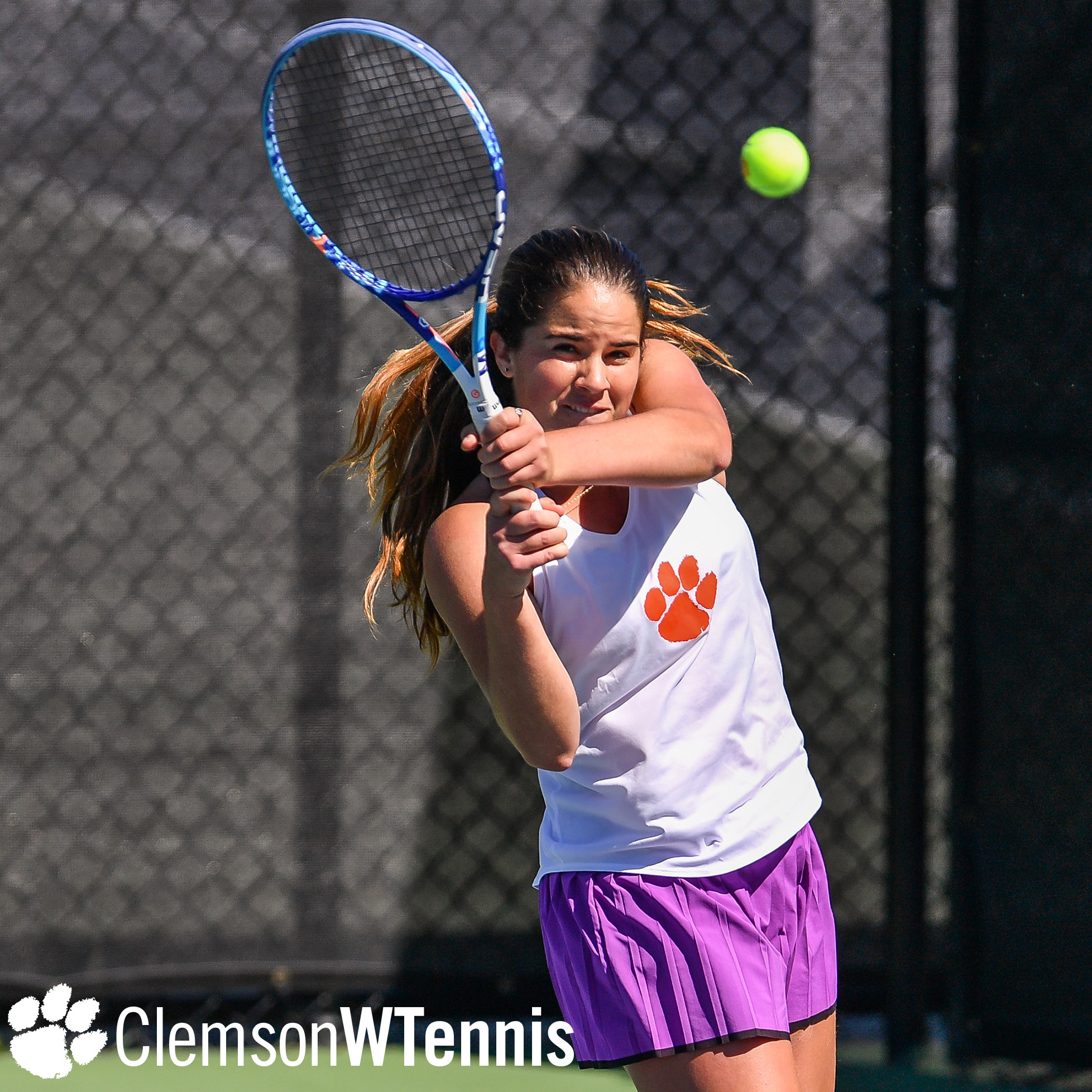 Clemson Edged by No. 17 Duke in Durham Sunday

DURHAM, N.C. – The Clemson women’s tennis team won the doubles point and forced third-set tiebreaks on two singles courts, but could not complete the upset over No. 17 Duke on Sunday, falling 5-2 to the Blue Devils in Durham, N.C. With the loss, the Tigers are now 8-10 (3-6 ACC), while the Blue Devils remained undefeated in conference play, improving to 13-3 (7-0 ACC) with the win.

Clemson won the doubles point against the 17th-ranked Blue Devils, with wins at No. 1 and No. 3. On Court 3, Fernanda Navarro and Daniela Ruiz down their Duke opponent 6-2 for their fifth-straight win. At the top doubles position, Ayan Broomfield and Marie-Alexandre Leduc, ranked 50th in the nation, upset the Blue Devils’ 25th-ranked duo of Meible Chi and Kaitlyn McCarthy, 6-3.

Duke claimed three-straight wins to begin singles play, at No. 4, 1 and 3, in that order, before the Tigers began their comeback effort. Ruiz defeated Ellyse Hamlin in three sets (6-2, 5-7, 6-4) at No. 6. After dropping the first set to 25th-ranked Chi at No. 2 singles, Broomfield won the second and, after trailing 5-2 in the third set, tied the score at 5-5 and then 6-6 to force a tiebreak. Broomfield ultimately fell in the tiebreak, 7-3, but put up a great fight in her attempt to come back against the top-25 opponent. Meanwhile, Constanza Gorches was also in a three-set battle at No. 5 singles, which she narrowly lost, 4-6, 7-5, 7-6(9-7).

The Tigers return home on Friday, April 7 for their first match at the Hoke Sloan Tennis Center after four matches away from home. Clemson hosts Virginia Friday afternoon at 5 p.m.