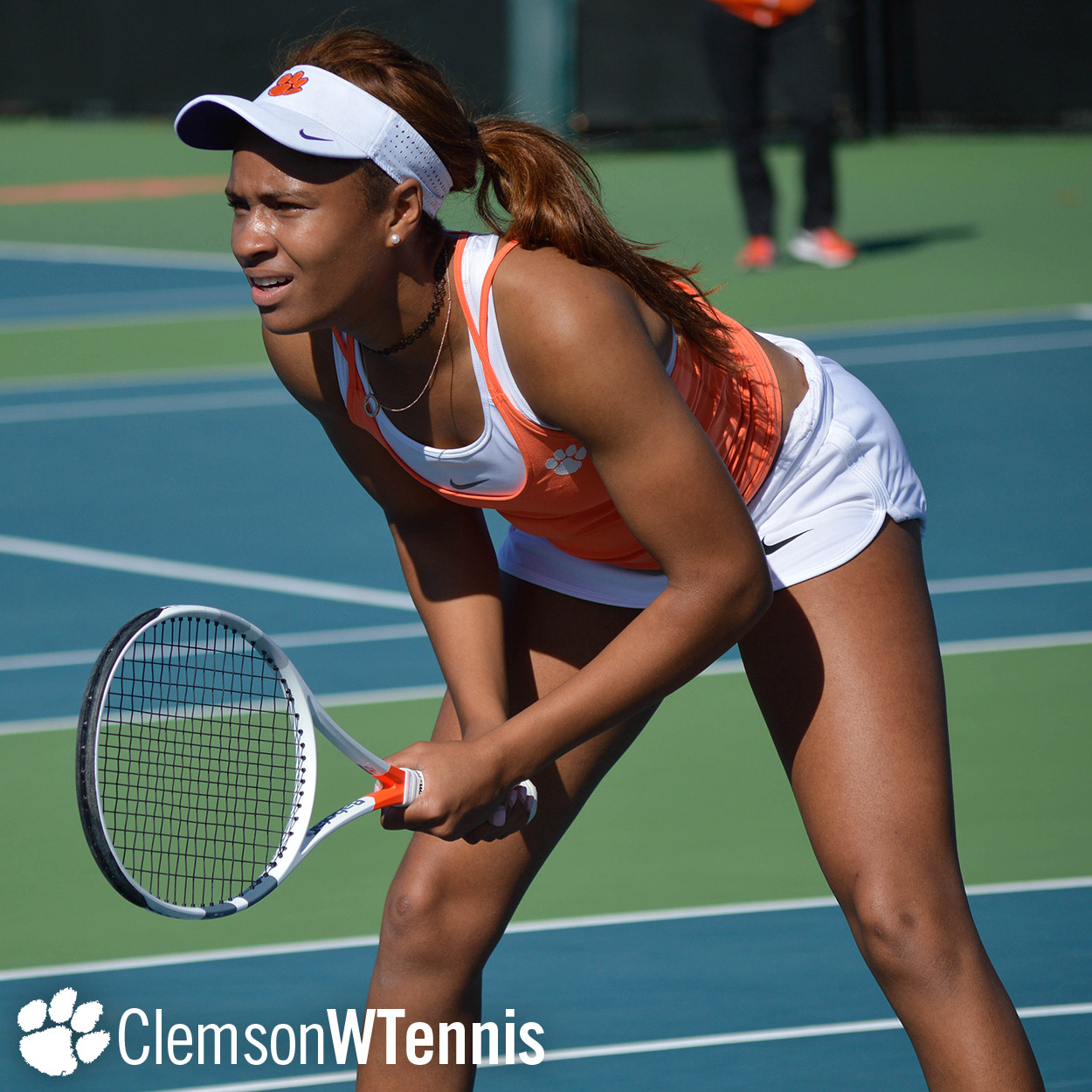 CHAPEL HILL, N.C. – Sophomore Ayan Broomfield upset the nation’s No. 4-ranked singles player on Friday afternoon in Chapel Hill, N.C., but it was the lone point for the Tigers in a 6-1 loss to third-ranked North Carolina. With the loss, Clemson feel to 3-6 (0-2 ACC), while the Tar Heels improved to 13-1 (2-0 ACC).

North Carolina’s No. 1 doubles team of Jessie Aney and Hayley Carter, ranked third in the nation, defeated Marie-Alexandre Leduc and Fernanda Navarro, 6-2. The Tar Heels went on to win 6-2 at No. 2 doubles to clinch the team point and take a 1-0 lead in the match.

Five Tar Heel singles players are ranked in the top-70 of the current ITA singles poll, and it showed on the scoresheet, as North Carolina won in straight sets at No. 1, No. 5 and No. 4 singles to clinch the match. The remaining three singles matches were much tighter. Leduc faced 19th-ranked Jessie Aney at No. 3 singles and forced a third-set tiebreak, falling 6-3, 2-6, 1-0 (10-8). Ally Miller-Krasnilnikov also went to a super tiebreak before losing to Chloe Ouellet-Pizer, 4-6, 6-3, 1-0 (11-9).

Broomfield, unranked and playing at No. 2 singles, earned a huge upset over fourth-ranked Sara Daavettila of North Carolina, winning 6-4, 6-3 to put a point on the board for the Tigers. It was the highest-ranked singles upset for a Clemson women’s tennis player since, March 20, 2015, when Romy Koelzer upset the No. 1-ranked singles player in the nation, Julia Elbaba of Virginia.

Clemson faces its second top-five-ranked opponent of the weekend on Sunday when it hosts No. 5 Georgia Tech. The match between the Tigers and Yellow Jackets begins at 12 p.m. at the Hoke Sloan Tennis Center.