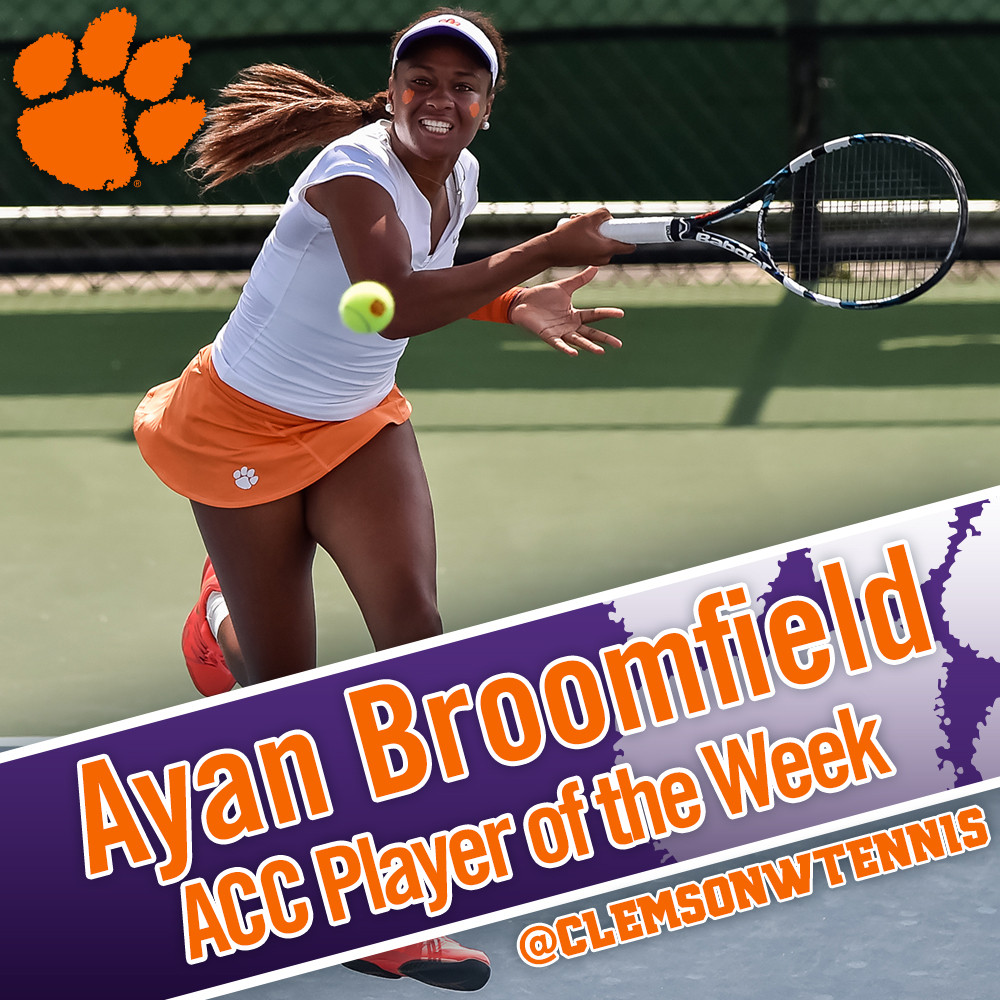 Broomfield was 4-0 last week against Florida State and Syracuse, winning two matches at No. 1 singles and two at No. 1 doubles. In singles play, the freshman, who is ranked 92nd nationally, upset 72nd-ranked Daneika Borthwick of Florida State in three sets on March 12, and then earned an important point with a straight-set win over Syracuse’s Valeria Salazar on March 13. The Toronto, Canada native now has four wins over nationally-ranked singles players this season.

In doubles, Broomfield and teammate and fellow freshman Fernanda Navarro were 2-0, including a 6-3 win over Syracuse’s 26th-ranked duo of Gabriela Knutson and Valeria Salazar. It was the pair’s first win over a ranked opponent this season.