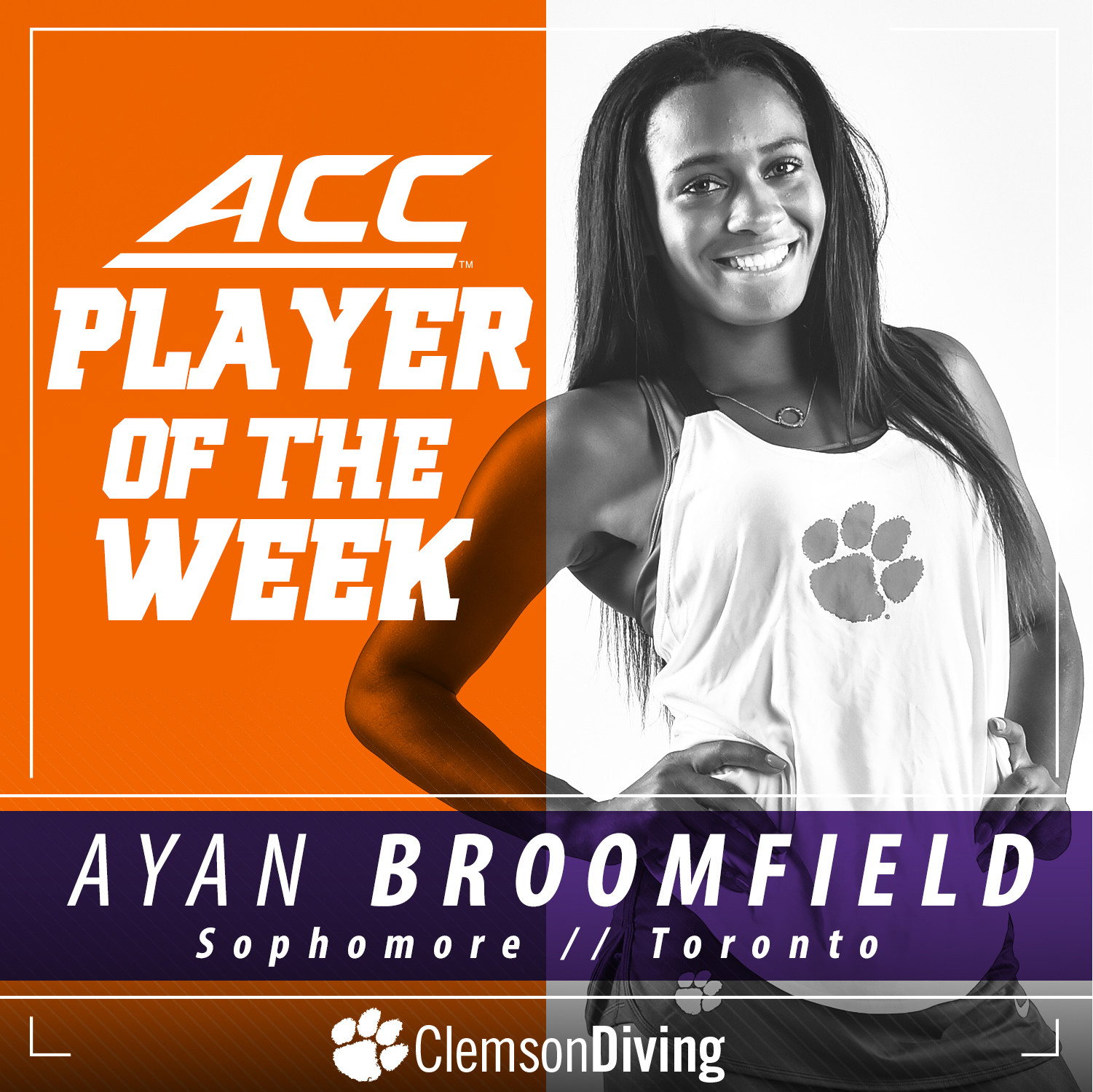 CLEMSON, S.C. – After upsetting two highly-ranked opponents last week, sophomore Ayan Broomfield has been named ACC Women’s Tennis Player of the Week, as announced by the conference office on Tuesday.

Broomfield, a sophomore from Toronto, upset the fourth-ranked singles player in the nation, Sara Daavettila of North Carolina, in straight sets (6-4, 6-3) at No. 2 singles on the road in Chapel Hill on March 3. When the Tigers returned home to host Georgia Tech on March 5, Broomfield and doubles partner Marie-Alexandre Leduc upset the Yellow Jackets’ seventh-ranked duo of Rasheeda McAdoo and Johnnise Renaud, 6-4 at No. 1 doubles, clinching the team doubles point for the Tigers.

This is Broomfield’s second career ACC Player of the Week honor, as she previously earned the league’s weekly award on March 15, 2016, during her freshman season with the Tigers.

Broomfield and the Tigers have two ACC home matches at the Hoke Sloan Tennis Center this week, against Louisville on Friday, March 10 at 2:30 p.m. and against Virginia Tech on Sunday, March 12 at noon.