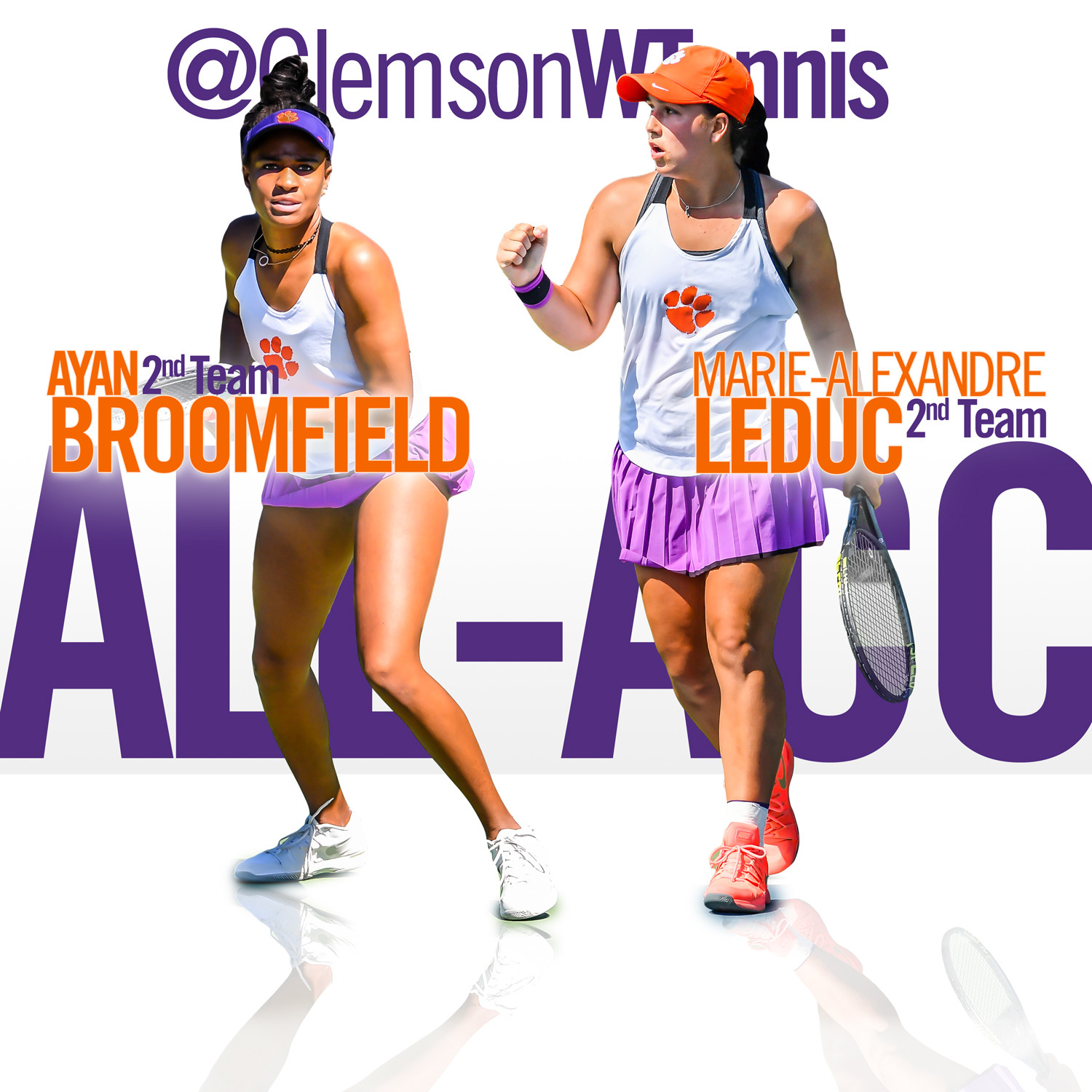 ROME, Ga. – Clemson women’s tennis sophomores and fellow Canadians Ayan Broomfield and Marie-Alexandre Leduc have been named to the 2017 All-ACC Second Team, as announced by the conference office on Thursday morning. This is the second-career all-conference honor for Broomfield, and the first for Leduc.

Broomfield, who is from Toronto, is 10-11 in dual matches and 8-6 in ACC singles play, with all 21 matches played at No. 1 or No. 2 singles. She has five wins over nationally-ranked singles opponents in 2016-17, including an upset over fourth-ranked Sara Daavettila of North Carolina, the 2017 ACC Freshman of the Year, in straight sets on March 3. Broomfield was the ACC Freshman of the Year and an All-ACC Second Team selection in 2016.

Leduc has a 13-8 record in dual singles play, and a 9-5 ledger in conference matches. Since moving up to the No. 1 singles position in the lineup on March 23, the native of Saguenay, Quebec has a 5-3 record. Leduc also has five wins over opponents in the top-100 of the ITA singles rankings.

As a doubles duo, Broomfield and Leduc are currently ranked 31st in the nation. The pair has a 14-3 record in dual matches and a 10-2 mark in conference play, and played all 17 of their matches at No. 1 doubles. They have a 4-1 record against nationally-ranked opponents, including an upset over the nation’s seventh-ranked doubles team earlier this season.