Rome, Ga. — No. 11 Clemson takes on 14th-seeded Virginia Tech in the first round of the ACC Tournament on Wednesday in Rome, Ga. First serve for the match is slated for 12:30 p.m. on Bank 1 at Rome Tennis Center.

The Tigers enter the contest on a two match win streak with both wins coming against ACC opponents No. 50 Louisville and Boston College. Sophia Hatton has won three of her last five matches while reigning ACC Freshman of the Week Cristina Mayorova and Laura Marti have each been victorious in their last two.

In its last ACC Tournament appearance in 2019, Clemson also met Virginia Tech in the No. 12 vs. No. 13 match, falling 3-4 as the No. 12 seed. Earlier this season the Tigers defeated Virginia Tech, 6-1, on the road. The winner of the match advances to face 6th seeded Georgia Tech on Thursday at 11:30 a.m. 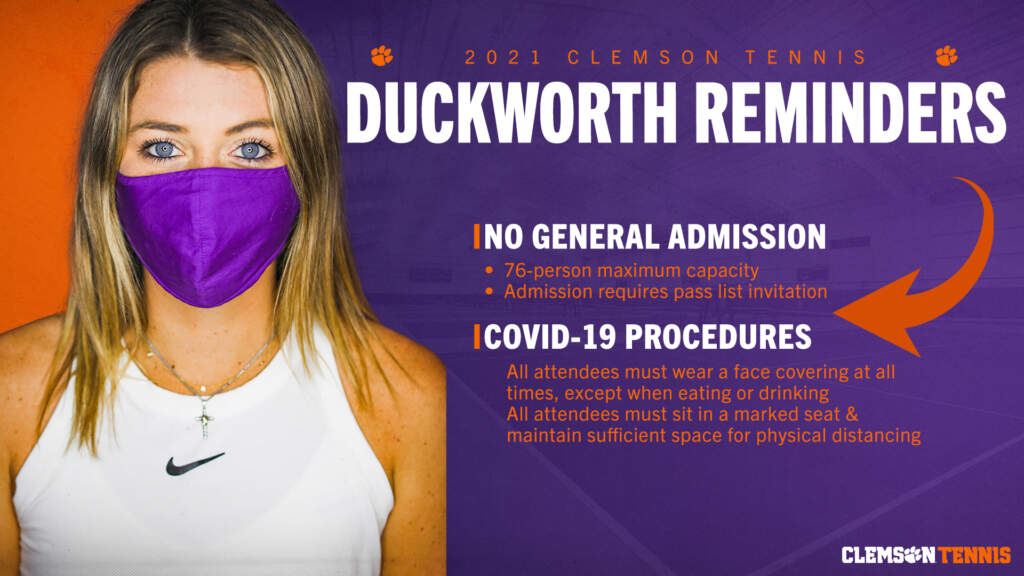