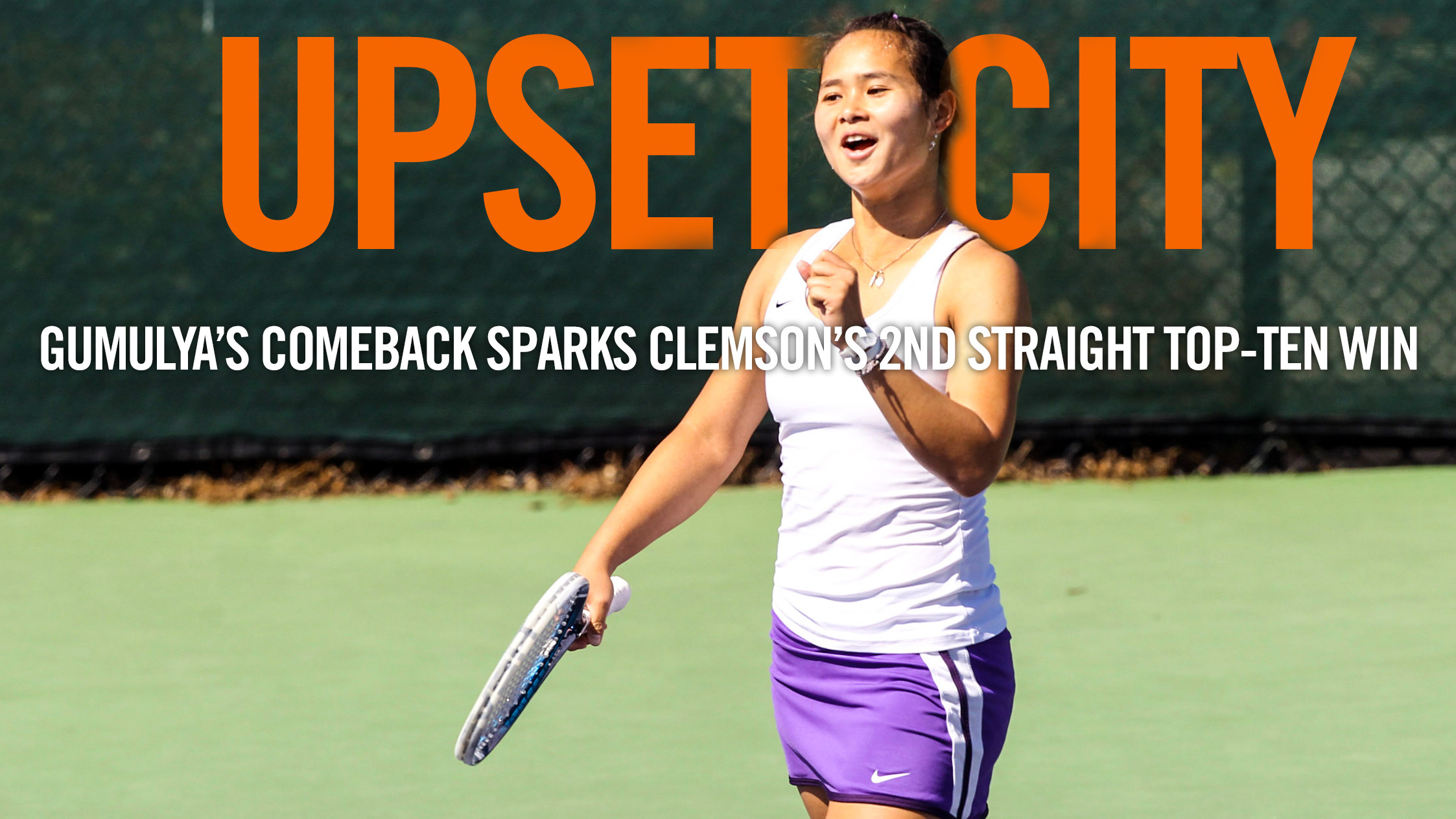 CLEMSON, S.C. – The upsets keep coming for the Tigers, who knocked off a second straight top-ten opponent with a 4-3 win over No. 7 North Carolina (23-4, 12-2 ACC) on Saturday at the Clemson Indoor Tennis Center. Clemson (20-5, 12-2 ACC) trailed, 3-0, to the Tar Heels, but registered wins on singles courts three-through-six consecutively to seal the victory. The win comes just one day removed from taking down No. 1 Duke on Thursday.

The victory puts Clemson in position to work itself into a tie for the regular-season conference championship, depending on some of Sunday’s results. Official pairings and tournament details will be revealed at the conclusion of play on Sunday evening.

In a hard-fought battle, the Tar Heels took the doubles point by winning on courts one and two. Jessy Rompies and Joana Eidukonyte won 8-2 on court three to claim the lone Tiger victory over Ashley Dai and Tessa Lyons. The win improved the duo’s record to 6-0 on the season while also upping Rompies’ record to 30-5 in doubles play this season Those 30 wins puts her in a tie for seventh in the Clemson record books for most doubles wins in a single season.

Clemson trailed, 3-0, after the nation’s first and sixth-ranked players took down Koroleva and Koelzer on courts one at two, leaving the ultimatum to win the remaining four singles matches. One by one, decisions started to fall, beginning with Dewar’s 6-4, 1-6, 6-4 win on court four.

ACC pairings will be announced on Sunday evening. The Tournament begins in Cary, N.C., beginning next Wednesday.