A DAY TO REMEMBER IN DEATH VALLEY 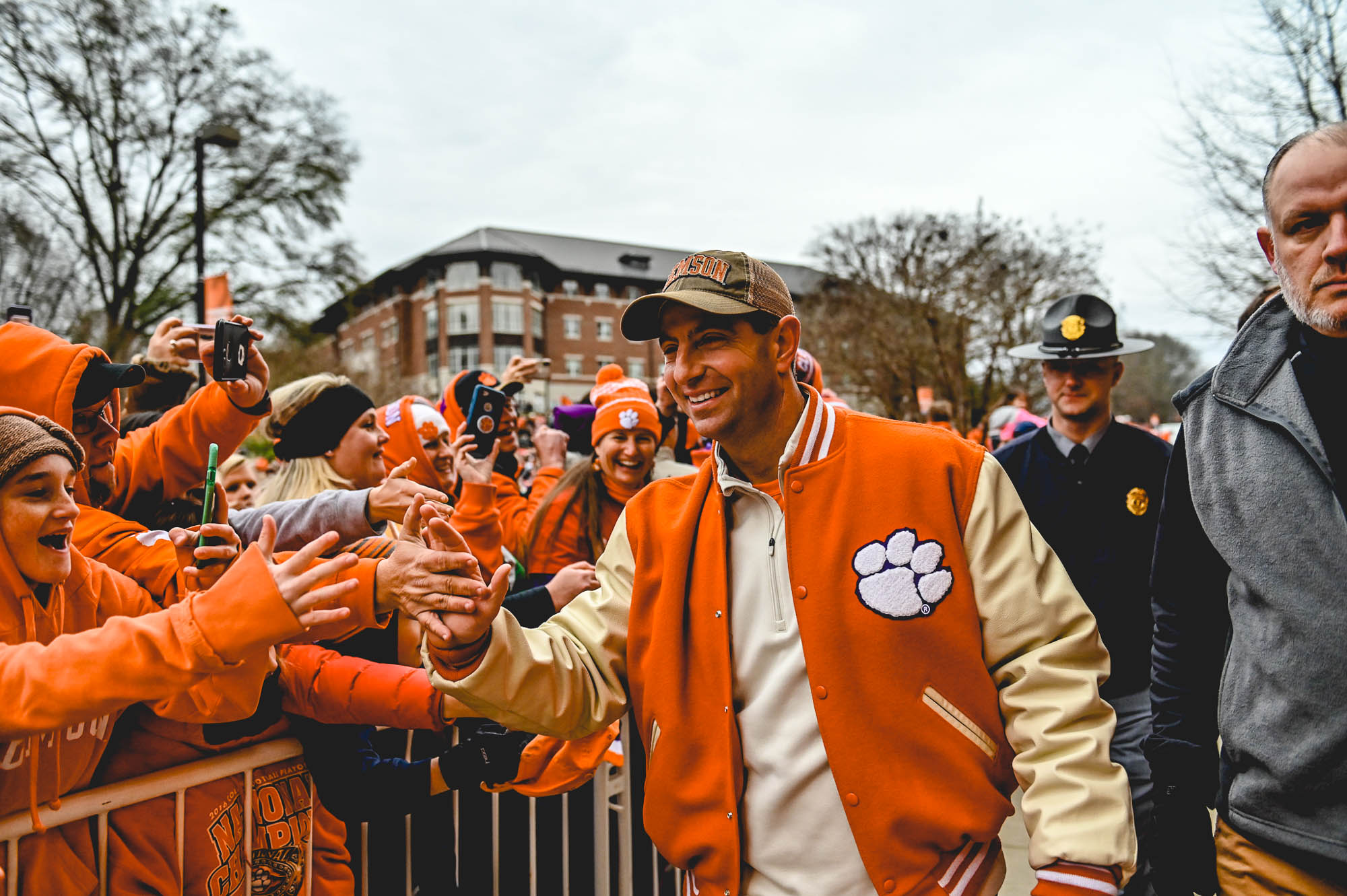 .@MartySmithESPN talks about his week in Clemson and time spent with Coach Swinney 🐅#ALLIN pic.twitter.com/itVEXnXTIE

.@TimTebow on why he thinks the Clemson program continues to be successful 🐅#ALLIN pic.twitter.com/ZNdvjHU0Ge

#WeWinWeDance We goin' to the 'ship!

"Want to know what separates this program other than the consistency, the excellence, the superior play?"@espn's Tom Rinaldi shares his thoughts on what separates the Clemson football program from the rest.#ALLIN pic.twitter.com/aLRel5RTgs

A day full of holiday cheer and practice prep

Media day, charity and our last practice at AT&T Stadium 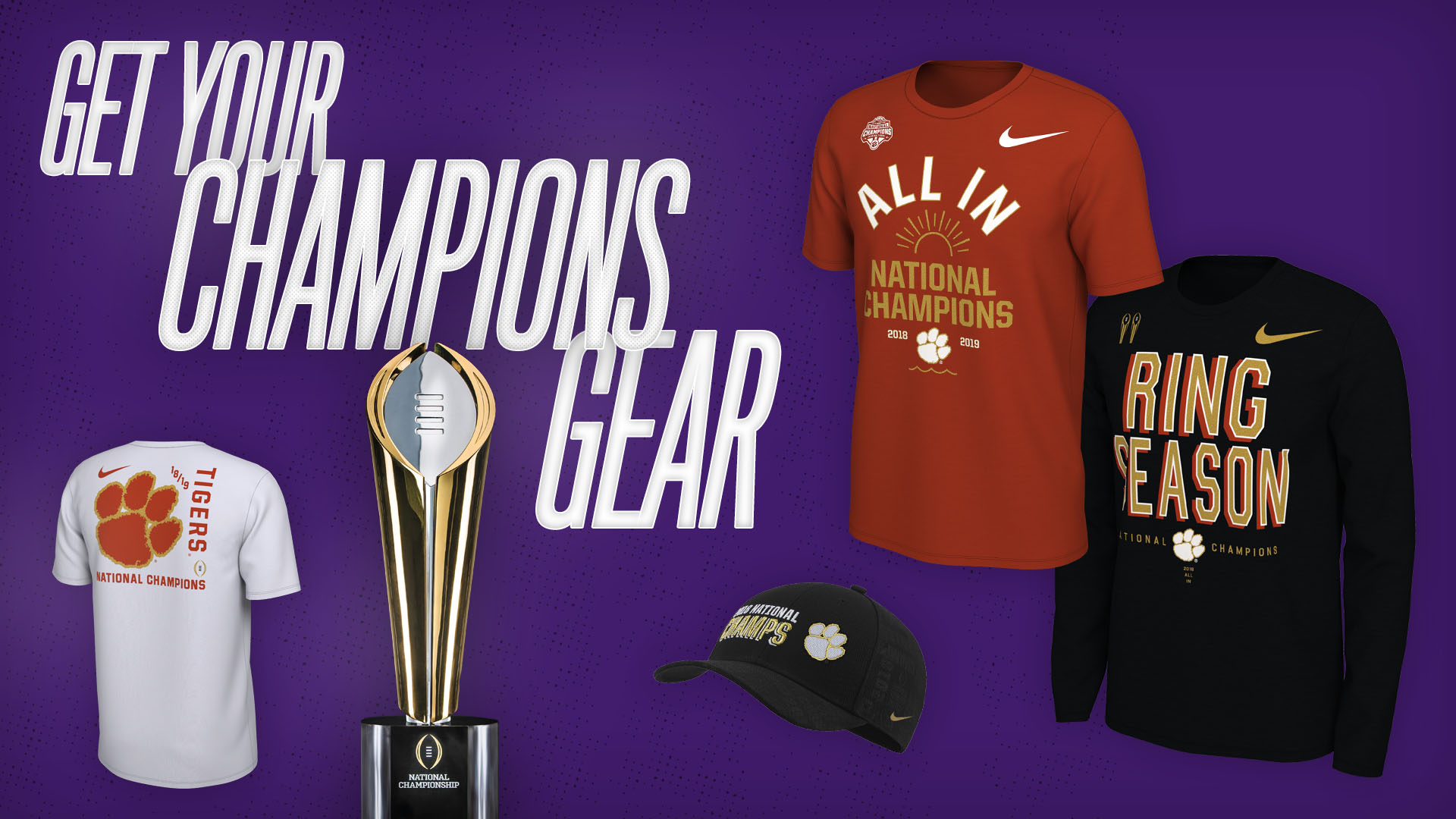 The Clemson Tigers made history with a 15-win season to finish as the 2018 Football National Champion! Fans can celebrate by buying officially-licensed Clemson champions gear to show their Tiger pride.

It’s important for Tiger fans to watch out for counterfeiters looking to capitalize on championship excitement by selling “knock-off” merchandise. Clemson is working with IMG College Licensing, the exclusive licensing agent for both the College Football Playoff (CFP) and the University, to deter potential counterfeiters both around the state and online.

When Tiger fans purchase champions gear, they can make sure items are officially-licensed by looking for the following:

* All officially licensed merchandise should display the “Officially Licensed Collegiate Product” or the CFP’s “Extra Yard for Teachers” hologram somewhere on the product or hangtag.

* The merchandise should depict the CFP and Clemson logos and trademarks in a tasteful manner.

* The tag on the garment should be intact. A torn or missing tag is evidence of a garment of inferior quality, one that probably would not meet the stringent quality standards put in place by the College Football Playoff and Clemson.

* All merchandise should bear the name of the manufacturer somewhere on the product, either in the form of a hangtag, a neck label, or screen-printed directly on the garment.

* All merchandise should have the appropriate trademark designations (i.e. TM) next to a specific name or design.

Royalties from the sale of officially licensed merchandise goes back to support Clemson Athletics. Royalties generated from the sale of CFP merchandise help fund the organization’s philanthropic initiative, Extra Yard for Teachers, which is dedicated to honoring and supporting teachers nationally and in the communities that host the CFP National Championship through the direct provision of resources, professional development and training, teacher recognition and the support of a college-going culture. 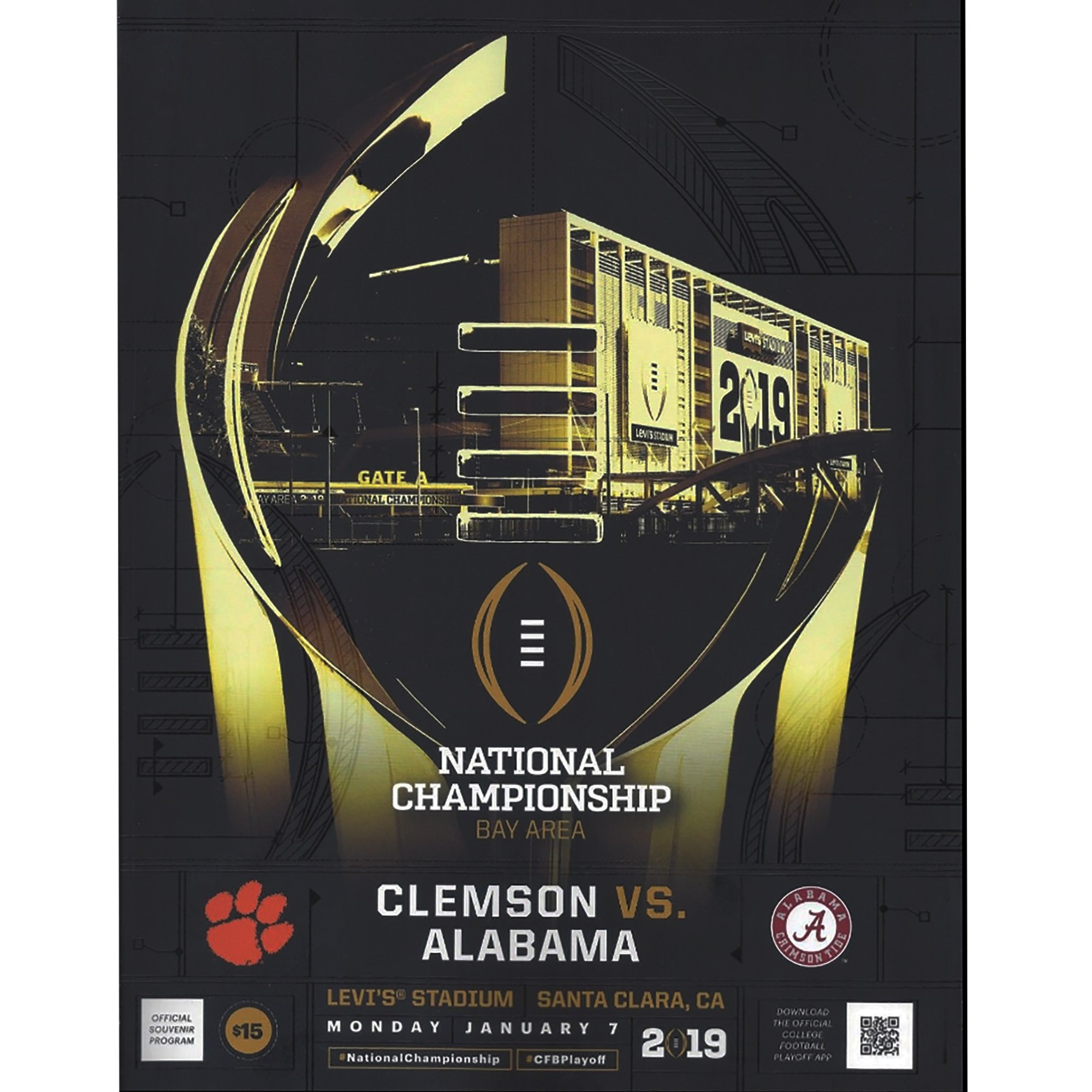 The Most Exciting Moments

What a Time to Be a Tiger!