The severe weather outside did not squelch the Tigers’ intensity inside on the turf as the team went through its most physical practice of the week.

“You can tell the guys are getting eager to play,” said head coach Dabo Swinney. “Today was our last day of good on good. We cranked the music up and created some noise. I thought the guys were very focused and into it.”

With the matchup against the No. 3 Notre Dame Fighting Irish (12-0) just three days away, Swinney said he is pleased in how his second-seeded Tigers have gone about their business in a workmanlike way to be in the proper physical and mental mindset for success on Saturday.

A couple of former Dallas Cowboys standouts were on hand for Clemson’s third practice in North Texas. Charlie Waters, a three-time letterwinner for the Tigers, played all 12 of his NFL seasons with the Cowboys. George Teague, a college teammate of Swinney at Alabama, played five of his nine NFL seasons for Dallas. 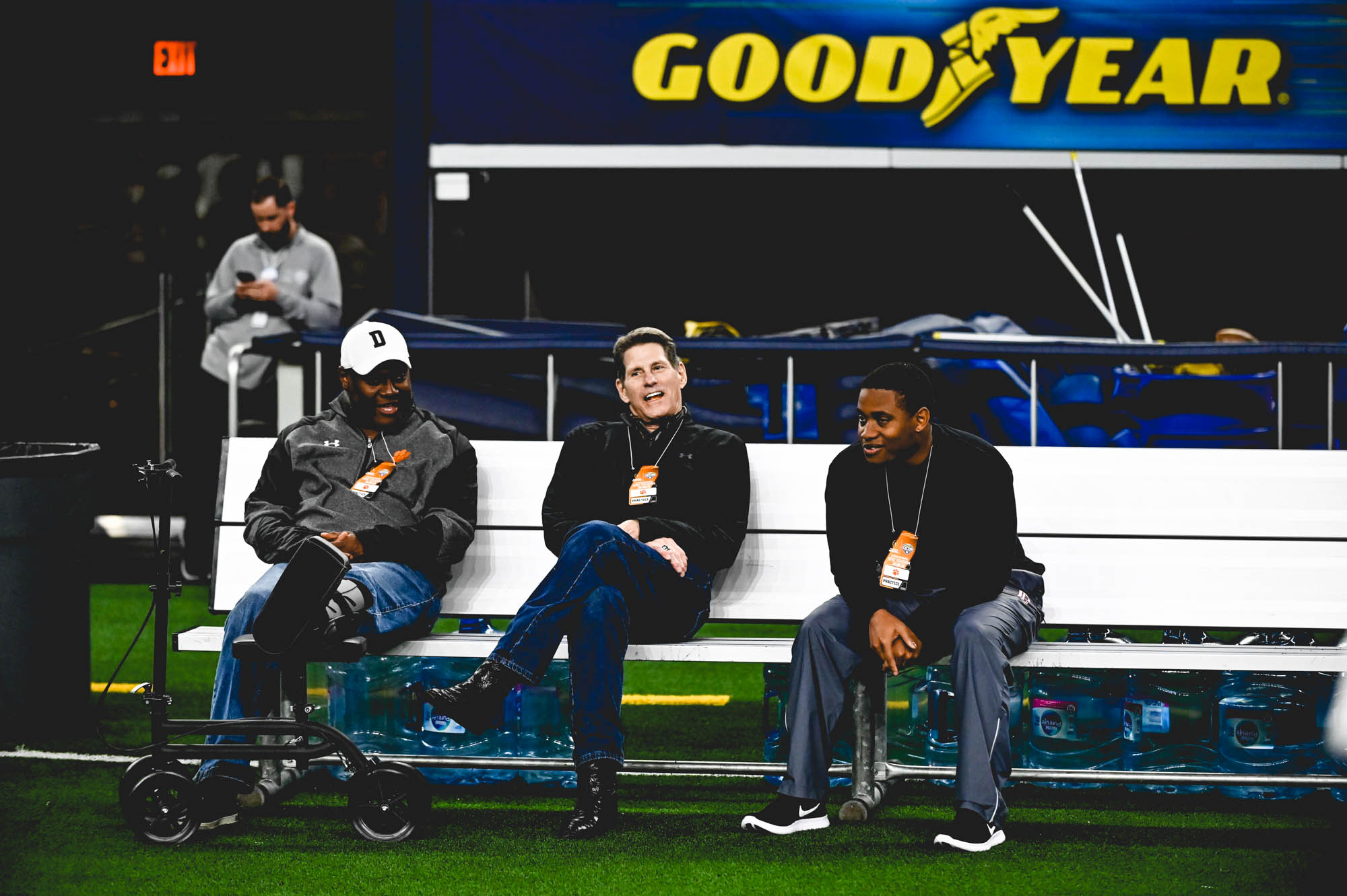 After practice, the team is set to enjoy some NBA action between the Dallas Mavericks and New Orleans Pelicans at American Airlines Center. Thursday, Clemson is back at practice in the afternoon following a visit to Texas Scottish Rite Hospital.

The Goodyear Cotton Bowl Classic celebrates its 83rd anniversary on Saturday, Dec. 29. Live coverage on ESPN is set for 3 p.m. CST, with kickoff slated for 3:10 p.m.

This marks the fifth consecutive year for the Goodyear Cotton Bowl Classic to be a part of the ESPN bowl lineup. Sean McDonough and Todd Blackledge are set to provide the call from the booth with Holly Rowe and Tom Rinaldi reporting from the sidelines.

ESPN Radio returns as the Classic’s national radio partner for the seventh consecutive year. Bill Rosinski teams with David Norrie in the booth and Ian Fitzsimmons on the sidelines to describe all the action from AT&T Stadium.