We've Been Busy Preparing
See what we've been doing

The Cotton Bowl berth brings Clemson’s bowl history full circle, The game will be only the Tigers’ second all-time appearance in the Cotton Bowl, dating back to the program’s first ever bowl bid. That year, Head Coach Jess Neely’s Tigers completed a 9-1 campaign in 1939 with a 6-3 victory against Boston College in the 1940 Cotton Bowl. The victory was a landmark one for Clemson, as in addition to being the program’s first bowl game, it represented the school’s first win against a Top 20 team.

Clemson will be making a bowl appearance for the 14th consecutive year, adding to its current school record that began in 2005. In total, it will be Clemson’s 43rd bowl appearance, with the Tigers entering their upcoming bowl schedule with an existing 22-20 all-time record in bowl play.

The meeting between the Tigers and Irish will be only the fourth all-time meeting between the two programs. Clemson holds a 2-1 advantage in the all-time series between the schools, including a win in the programs’ most recent meeting in 2015, when Clemson stopped a two-point conversion attempt in a driving rain storm to secure a 24-22 victory at Memorial Stadium. 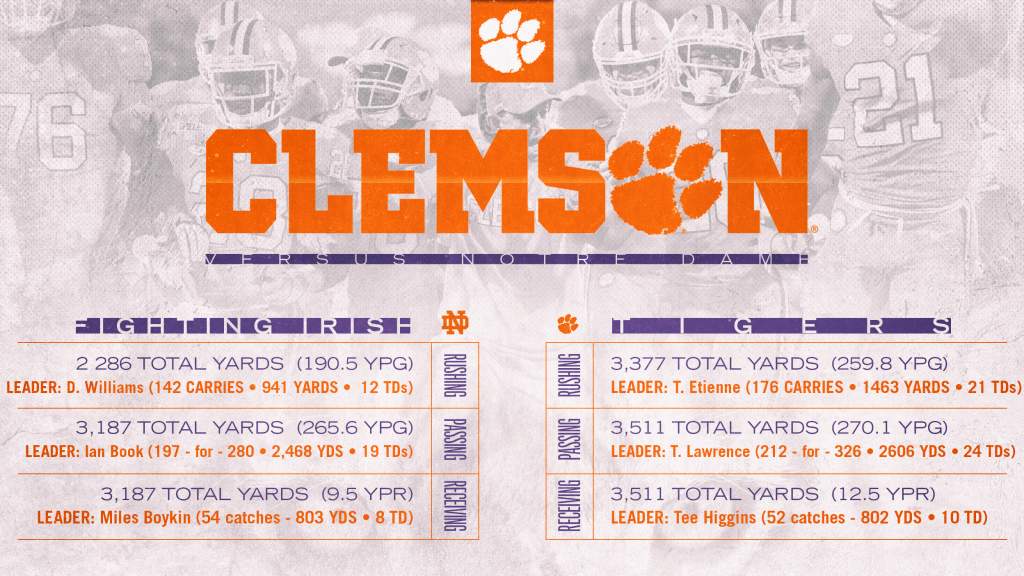 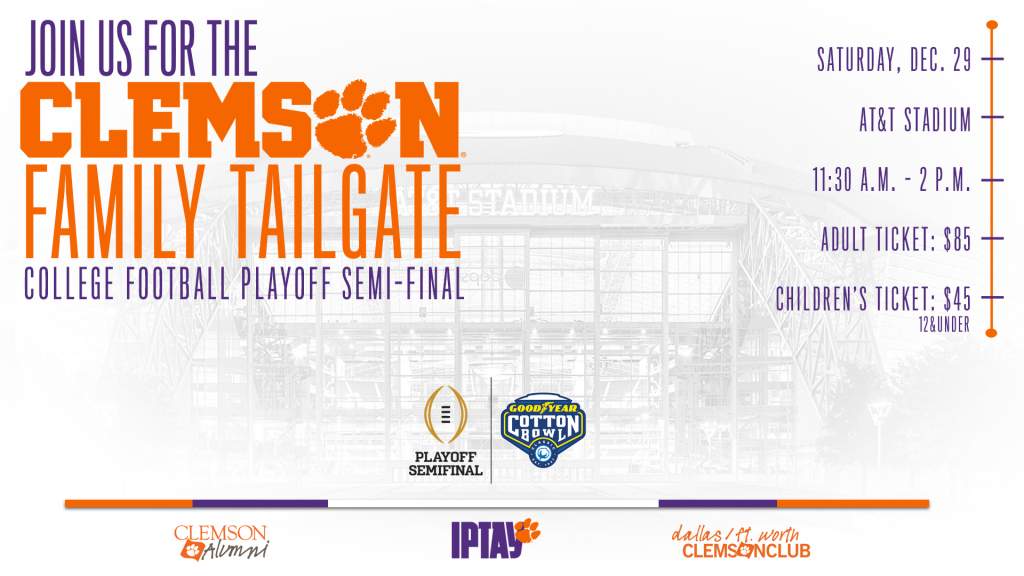