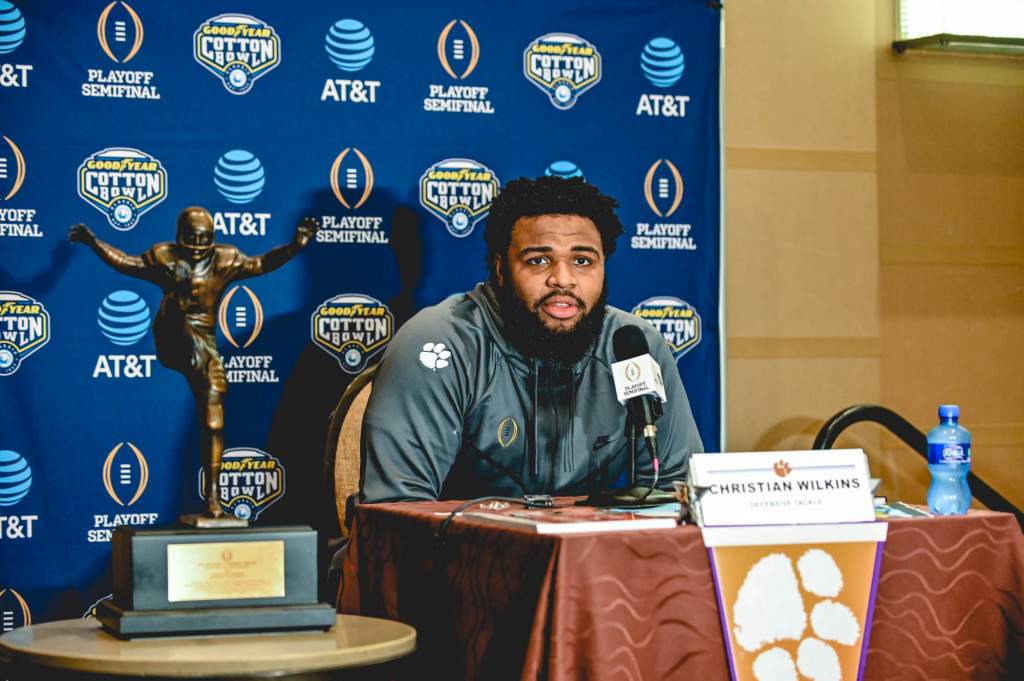 On his and the team’s mindset – “I have the right mindset and the right focus, and we have the right love for each other and respect for each other to be successful. Sustaining success isn’t something that is easy. We’ve been able to be really consistent, not just over the last four years, but before that as well. It’s very special to be in this position again.”

On the defense – “I’m not pleased…that’s the never-pleased mentality. We’ve done pretty good this year, but we can always do better. Until you have a team go for negative rushing yards or zero passing yards, or you make a tackle for loss or interception on every play, you’re never satisfied. That’s how we hold ourselves to the highest standards. We definitely feel that there’s another level we can get to.”

On Notre Dame – “Their offensive line is really big and really talented. We can clearly see on film why they’re really talented and play well together. Their system works for them. They have big tackles and big guards and a really good center who leads the charge for them. They’re definitely going to be a tough challenge. I’m going to have to play my best and we’re going to have to win the game in the trenches in order to win the game.

On the potential of having two national championship rings – “This is part of what I envisioned before I came to Clemson. Seeing it all come to fruition and being so attainable and so close…it’s exciting.” 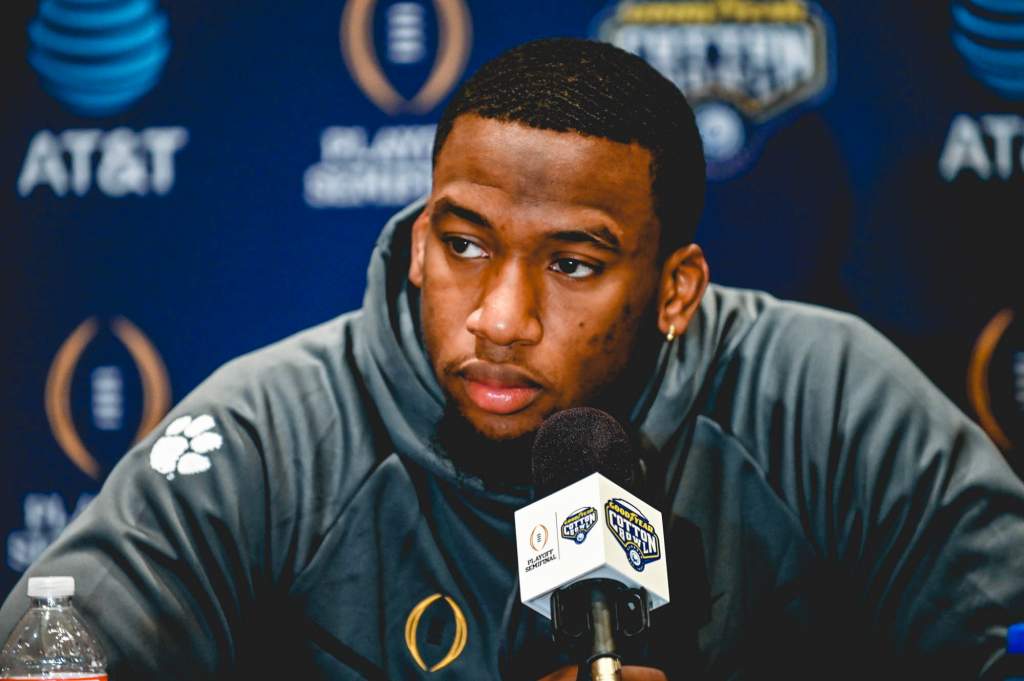 On Notre Dame – “This game gives us a chance to accomplish our next goal, and that’s win the closer. Any time you get the chance to play a historical team like Notre Dame, to have success and win the game would be huge. It would be a big step for our team. Obviously, if you’re able to win this game, you feel like you’ll be ready to play for the national championship.

Watching on tape trying to find a weakness, they don’t really have one, and that’s really tough. Most teams I’ve played have one. As far as them, it just really goes back to players making plays. The schemes that run are very good, but at the end of the day, it’s just about players making plays.

It will be a big challenge for our team, but also a big opportunity for us to go out there and play our best game.”

My freshman year, the year I redshirted, I did not expect us to go to the national championship. As a recruit coming in, I was like, okay, we’ll compete for an ACC Championship, maybe a BCS bowl, who knows. But when I got here,  in the locker room, guys were talking about ‘we’re going to win the national championship this year or next year’ and I was like ‘okaaaaay’. But when it really got down to the nitty gritty and I saw the type of talent and the type of guys that we had, and just the way that we all carried ourselves and this program, I bought into the culture, man, it was huge.

I love what Coach Swinney talks about. When Coach Swinney got the job here, he met with the hiring committee and they all asked him, ‘How are you going to make us like other powerhouses in college football?’ And Coach Swinney said, ‘I want those guys to be like us! I want people to be like Clemson.’

When he told me that, I knew I was at the right place because we want to be the model program. We do things our way. We have a different culture than most places around the country and I feel like we do it the right way. 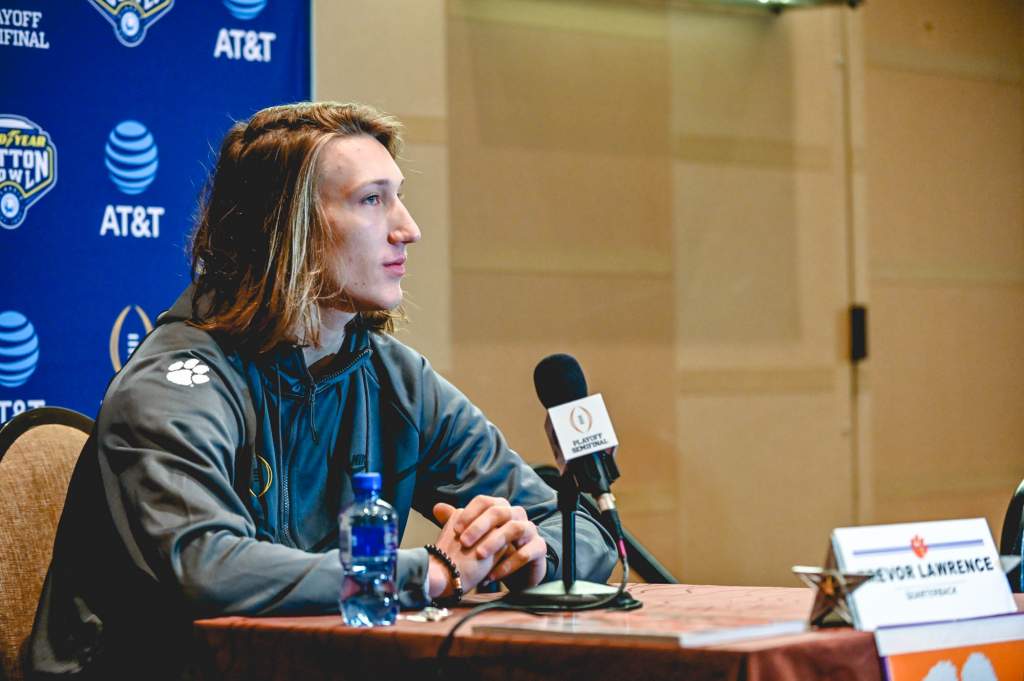 On Notre Dame’s defense – “They’re a great defense. They’re really sound and well coached. They don’t do a lot of crazy stuff, but they do what they do and they do it well. They don’t give up a lot of big plays. They keep the ball in front of them. That’s helped them a lot…making teams have long drives. They don’t have any weak links.”

On team only going as far as he can take it – “It’s a collective thing. I do need to play well for us to win big games like this, but it also takes a lot of other guys, too.”

On playing a lot of players and helping the team in the long run – “With any team, having depth helps a lot to keep guys from getting hurt. The depth helps with keeping guys fresh.”

On his Christmas gift – “I got a new set of golf clubs. I haven’t (golfed with coach Swinney)…he’s a little busy. I just started playing recently.