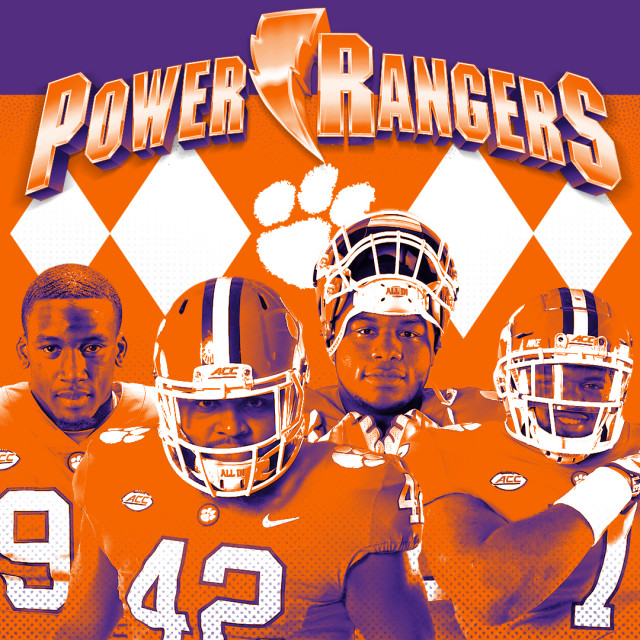 Clemson, SC—Two-time All-American Christian Wilkins will return for his senior year in 2018. Wilkins informed the Clemson football staff of his decision Monday afternoon.

With Wilkins’s return, Clemson will have three returning first-team All-Americans and four returning All-ACC players among its front four defenders for 2018.

On Saturday, first-team All-American defensive ends Clelin Ferrell and Austin Bryant both announced they would return for 2018. The fourth returning starter, Dexter Lawrence, will be a junior next year and was a first-team All-ACC performer in 2017 after being named a unanimous freshman All-American in 2016.

Wilkins, who earned his Clemson undergraduate degree in just two and a half years, earned All-America honors in 2016 and 2017 and has been a two-time Academic All-ACC selection as well. He is expected to be announced on the academic team for a third time later this month.

On Monday he was also named a semifinalist for the Lombardi Award.

The native of Springfield, Mass. will be presented the Willis Award as the top Defensive Lineman in the nation by the Columbus (Ohio) Touchdown Club in February. He was named a first-team All-American this year by Sporting News and the American Football Coaches Association, and a second team selection by Associated Press and he Walter Camp Foundation. He finished the year with 55 tackles , 8.5 tackles for loss and 4.5 sacks. He has 15 pass deflections at the line of scrimmage over the last two years, more than any lineman in Clemson history.

Clemson has lost four players who were eligible to return for the 2018 season. Wide receivers Deon Cain and Ray-Ray McCloud, strong safety Van Smith and offensive guard Taylor Hearn all will turn professional. Hearn has graduated, but had another year of eligibility after red-shirting 2014.

Clemson will have eight returning starters on defense for 2018 overall. In addition to the front four (Wilkins, Ferrell, Bryant and Lawrence), the Tigers return starting linebackers Kendall Joseph and Tre Lamar, and defensive backs Trayvon Mullen and Tanner Muse.