In addition to the conference-wide accolade, Anchrum earned Offensive MVP honors for the game from the Clemson coaching staff after helping the Tigers to 531 yards of total offense, including 249 rushing yards and 282 passing yards. The product of McEachern High School in Powder Springs, Ga., graded out at 94 percent, according to the team’s coaching staff, and recorded two knockdowns in the victory.

The conference honor is the first of Anchrum’s career. Last year, Clemson offensive linemen won or shared ACC Offensive Lineman of the Week honors four times, including three selections for tackle Mitch Hyatt (Oct. 30, Nov. 6 and No. 27) and one for guard/tackle Taylor Hearn (Sept. 18).

Clemson has now collected a total of 441 ACC weekly honors since 1978. Anchrum’s selection marks the 93rd time a Clemson player has earned ACC Offensive Lineman of the Week in that time frame. 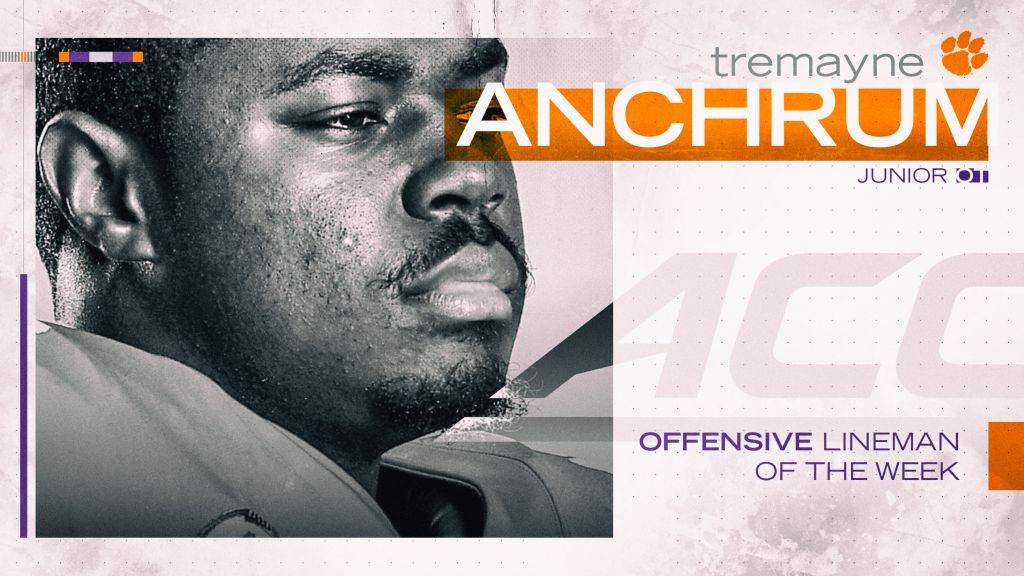