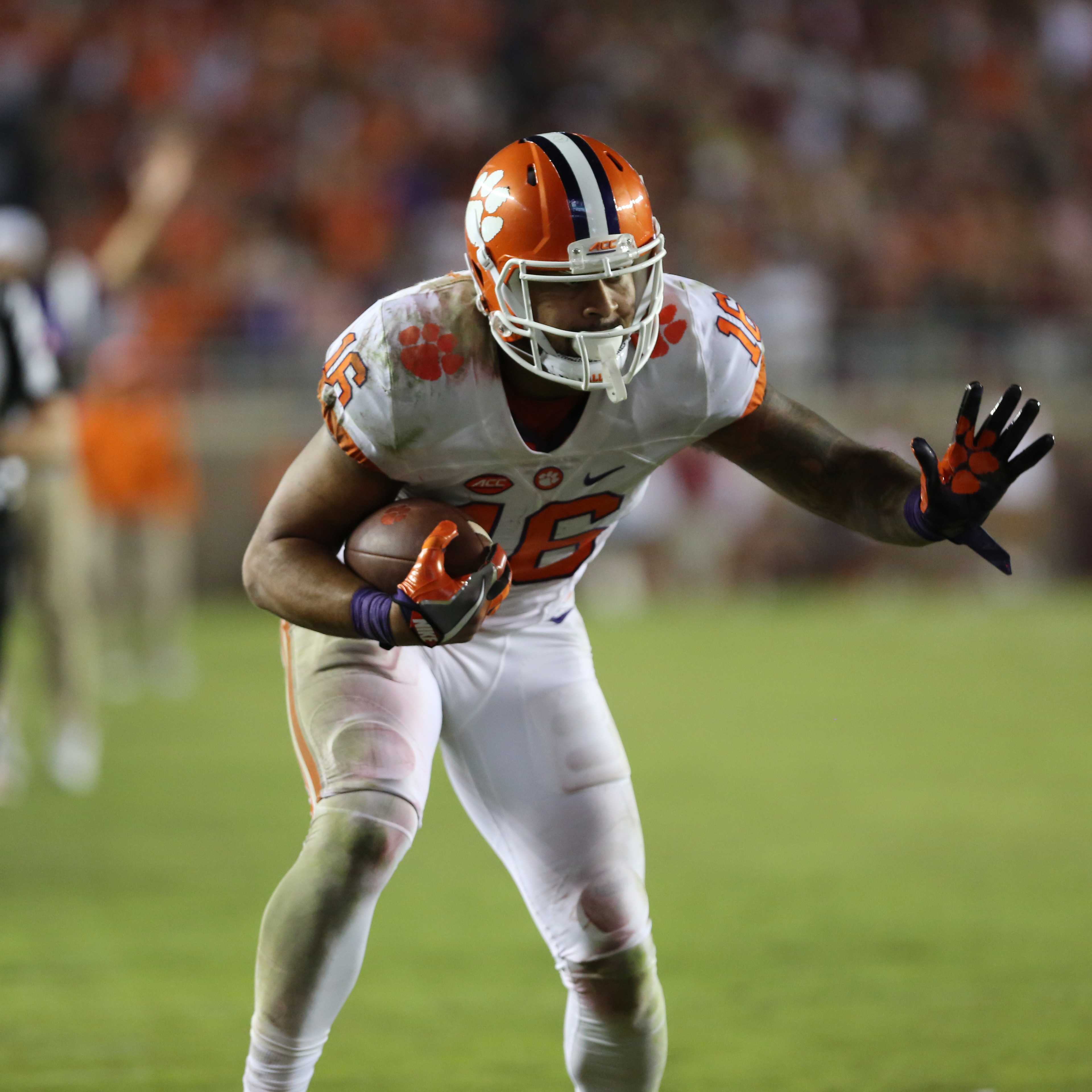 TALLAHASSEE, FLA. — Third-ranked Clemson trailed Florida State 28-20 entering the fourth quarter on Saturday, but showed its mettle late in a 37-34 come from behind win to stun the Seminoles in Doak Campbell Stadium. Jordan Leggett provided the go-ahead touchdown with 2:06 remaining, and Clemson pushed its perfect record to 8-0 (5-0 in the ACC) on the season. Florida State dropped to 5-3 (2-3) with the loss. It was Clemson’s first win in Tallahassee since 2006, and only the second win for the Tiger program at Doak Campbell Stadium since the Seminoles joined the ACC in 1992.

Deshaun Watson was masterful in the fourth quarter after a pair of costly turnovers earlier in the game. The signal-caller finished 27-for-43 for 378 yards and two touchdowns, while adding 52 yards on the ground as well. Leggett produced a career-best 122 receiving yards, most in school history by a tight end.

The Tigers scored the first 14 points of the game, as Watson came out efficient, hitting nine of his first 10 passes. Following an opening drive score by Wayne Gallman, the Tigers again found paydirt when Watson connected with Hunter Renfrow for a four-yard touchdown. Renfrow finished the night with five catches for 62 yards.

But FSU would not go away. The Seminoles took advantage of the first Tiger interception in the second quarter when Watson’s pass intended for Mike Williams got away. Florida State cashed in with a touchdown, and narrowed the deficit to just three at the half (17-14) when Nyqwan Murray hauled in a five-yard touchdown from Deondre Francois with 23 seconds left before intermission.

Watson’s second interception also turned into points. One play after jumping a route on the Tigers’ signal-caller, Seminole star Dalvin Cook took a handoff to the right and raced 43 yards for the go-ahead touchdown. He added another, even longer at 70 yards, a couple of possessions later to give his team a 28-20 edge heading into the fourth quarter. Cook ended the game with 169 yards on 19 carries, with four touchdowns.

Clemson pulled within two on a 10-play, 75-yard drive that ended with Gallman’s second touchdown run. Gallman finished the game with 82 yards on 20 carries. The drive was aided when FSU suffered a targeting penalty and subsequent ejection on the second Williams reception of the possession.

After the Tigers went ahead 29-28 on Greg Huegel’s 46-yard field goal that split the uprights, FSU again answered with its ground attack. Cook posted his fourth touchdown scamper, an eight-yard gain over the right side. His score was set up by Freddie Stevenson’s 38-yard rush into the redzone.

Clemson again was up to the challenge. Watson drove the Tigers into position and found Leggett on 3rd-and-5 for a conversion. One play later, he found his reliable tight end wide open, and he leapt through the air and across the goalline on a diving 34-yard touchdown reception, his fourth of the season.

The Seminoles threatened after getting past midfield on their final possession, but consecutive false start penalties put them behind the chains. On 3rd-and-20, freshman Dexter Lawrence broke through the line to sack Francois for a 12-yard loss. Ben Boulware followed, and the Tiger comeback was complete.

The Tigers return home to host Syracuse on Saturday, Nov. 5 in Memorial Stadium. The game time will be announced Sunday morning.