Note: The following appears in the Wofford gameday football program.

Over 30 of Phillips’ colleagues and friends, including former Clemson University President Jim Barker as well as current President Jim Clements and current Director of Athletics Dan Radakovich, were in attendance to honor a man who had a great impact on the Tiger football program in particular, and the athletic department and university in general.

Clemson University Alumni Association Executive Director Wil Brasington began the proceedings by stating that the organization presents this honor to employees, former or current, who did not attend Clemson, but had outstanding, long and loyal service to the university.

Brasington talked of Phillips’ impact on the department, from instituting “Solid Orange Friday” to the impact he had on countless students as a professor. How Phillips found time to teach a course is remarkable.

However, his most important decision, one that can be directly related to the unprecedented success of the football program, was the hiring of Dabo Swinney as head coach. Swinney sat in the front row as Brasington honored the man who made him head coach even though he had never been a coordinator, a decision that brought much skepticism, both locally and nationally.

“When they make the movie (about Swinney’s life), I want Clint Eastwood to play Terry Don Phillips,” said Swinney with a laugh. “I watched his movies when I was growing up. He was tough and had courage. That is Terry Don Phillips.

“I can only imagine all the calls and emails Terry Don and President Barker received when I was hired full time, and after we had a losing season in 2010.” 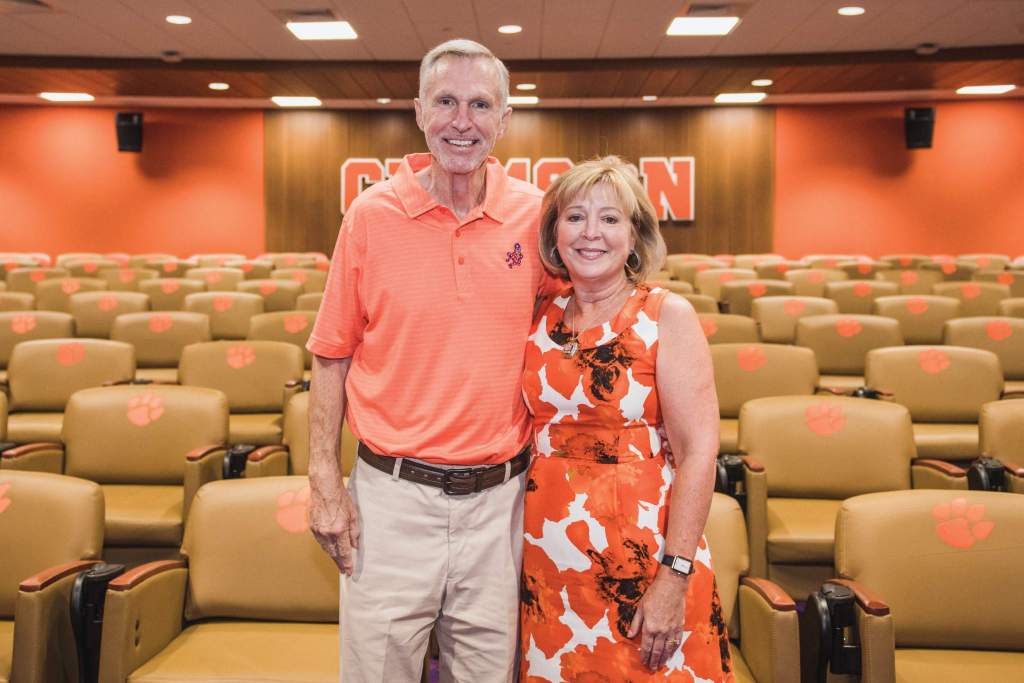 The circumstances by which Phillips hired Swinney as the interim head coach created an opportunity for Swinney.

“Terry Don told me when he hired me as the interim to coach this team for the last seven weeks (of the 2008 season) like I was the head coach,” stated Swinney. “He let me be me, and that was the case the entire time I worked for him.”

After a successful 9-5 season in 2009 that saw Clemson win the ACC Atlantic Division title for the first time, the Tigers suffered five losses by seven points or less in 2010 and finished with a 6-7 record. The regular season ended with a loss at home to South Carolina.

“After the press conference following the South Carolina game, I was told that Terry Don was in my office,” said Swinney. “I thought, ‘Well, I have done the best I could.’ I really thought he was there to fire me.”

But the opposite took place, another important decision on Phillips’ part.

“He told me things were going to be rough for awhile, but he had more confidence in me now than the day he hired me. That is rare today. That meeting motivated me to pay him back for his confidence.”

Obviously, the rest is history. In 2011, the Tigers won their first ACC championship in 20 years and went to their first Orange Bowl in 30 years. Nothing but success has followed the program, including two national championships in the last three seasons.

“Without his guts to show confidence in me and allow us to build the program the right way, I am not here,” admitted Swinney. “None of what we have accomplished would have happened. He supported me in the face of a lot of criticism and gave us the tools we needed to be successful.

“We are not where we are today without Terry Don Phillips.”