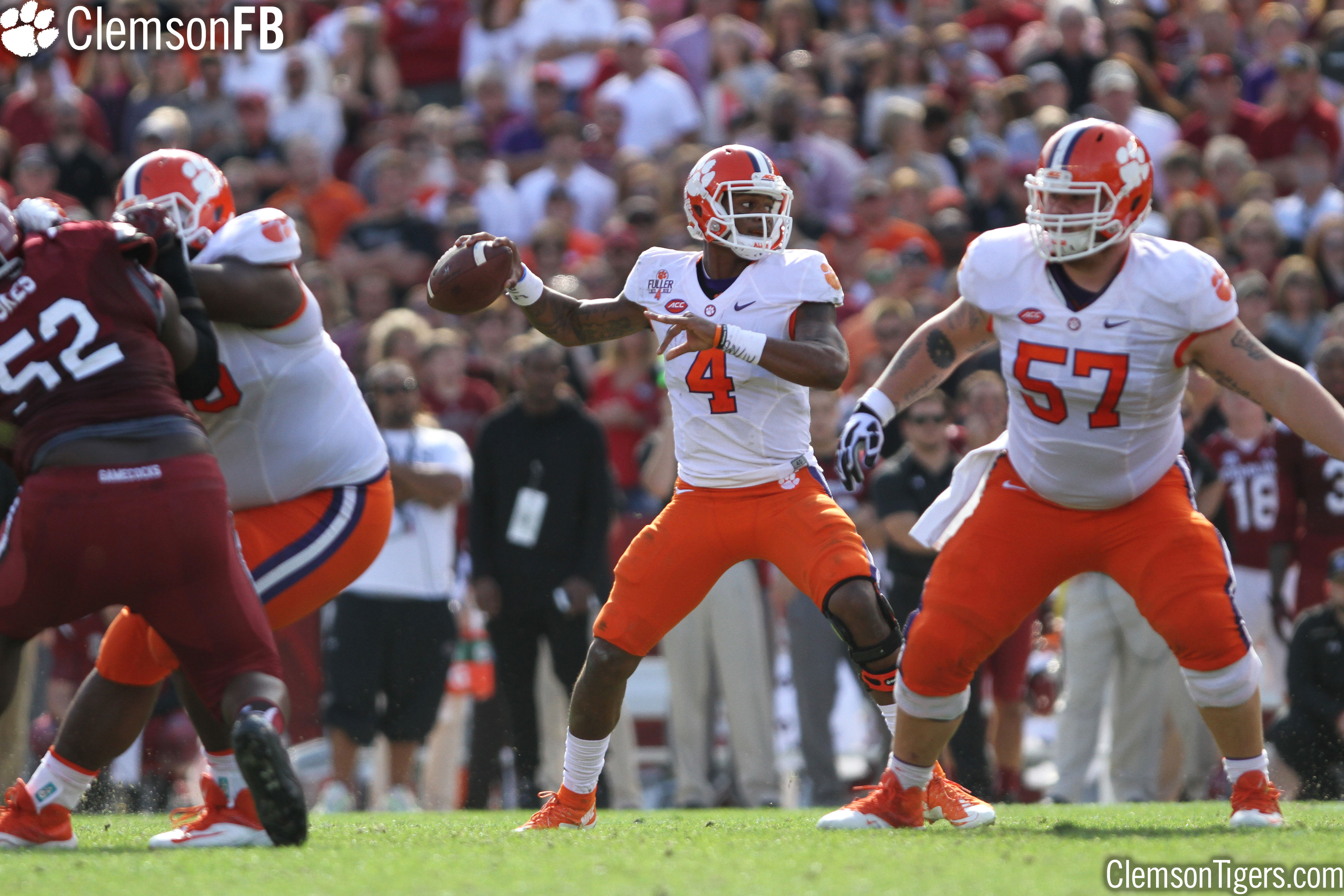 Watson was named a first-team Associated Press All-American on Sunday night and added the Football Writers Association team, CBS Sports and ESPN.com  to his resume on Monday.  He had  already been named the first-team quarterback by USA Today last week.

Watson is just the second Clemson quarterback to be selected a first-team All-American by any agency, the first to be chosen to the Associated Press team.  Tajh Boyd was named first-team  All-American by the American Football Coaches Association in 2012.

Watson finished third in the voting for the Heisman Trophy and was named the ACC Player of the Year and the Most Valuable Player of the ACC Championship game. He won the Davey O’Brien Award as the nation’s top quarterback last Thursday at the ESPN Awards program in Atlanta. He has quarterbacked Clemson to a 13-0 record and No. 1 ranking in all three polls.

Lawson was also  named first-team All-American by Associated Press on Sunday, then Football Writers, and ESPN.com on Monday.  He was named to the first team by the Walter Camp Foundation and USA Today last week.  Lawson leads the nation in tackles for loss with 22.5 and was a finalist for the Nagurski Award, Lombardi Award and Hendricks Award.

Kearse had 74 tackles during the season, including 61 first hits.  He added eight tackles for loss and eight passes broken up.  His caused fumble in the final two minutes at the one-yard line in Clemson’s win over Notre Dame was one of the bigger plays of the season.

Jordan Leggett was named a second-team All-American by the Walter Camp Foundation and an honorable mention selection by Si.com.  The junior tight end was also a finalist for the Mackey Award.  Leggett led Clemson in touchdown receptions this year with seven and he had 34 catches for 442 yards.

MacKensie Alexander was a third-team All-American by Associated Press and an honorable mention All-American by Si.com.  The sophomore cornerback also made first-team All-ACC this past year when he helped the Tigers to a team completion percentage defense of .461, on pace to be the best by a FBS team since 2007. He has allowed just 11 pass completions and no touchdown passes in the man he has been assigned to this season.

Kicker Greg Huegel was named a second-team All-American by  Si.com.  The freshman from Columbia, S.C. made 22-25 field goals this year, including a perfect 17-17 against ACC foes this season.  He had the top field goal percentage and most made against conference competition in the nation.  Huegel was the top scorer on Clemson’s No. 1 ranked team with 115 points.

Linebacker Ben Boulware was named an honorable mention All-American by Si.com. Boulware was second on the Clemson team in tackles with 121 and had seven tackles for loss to go with a team best 20 quarterback pressures.