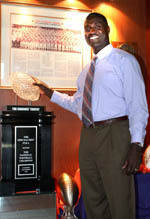 Click on the link below to read the complete release and bio on Jeff Davis.