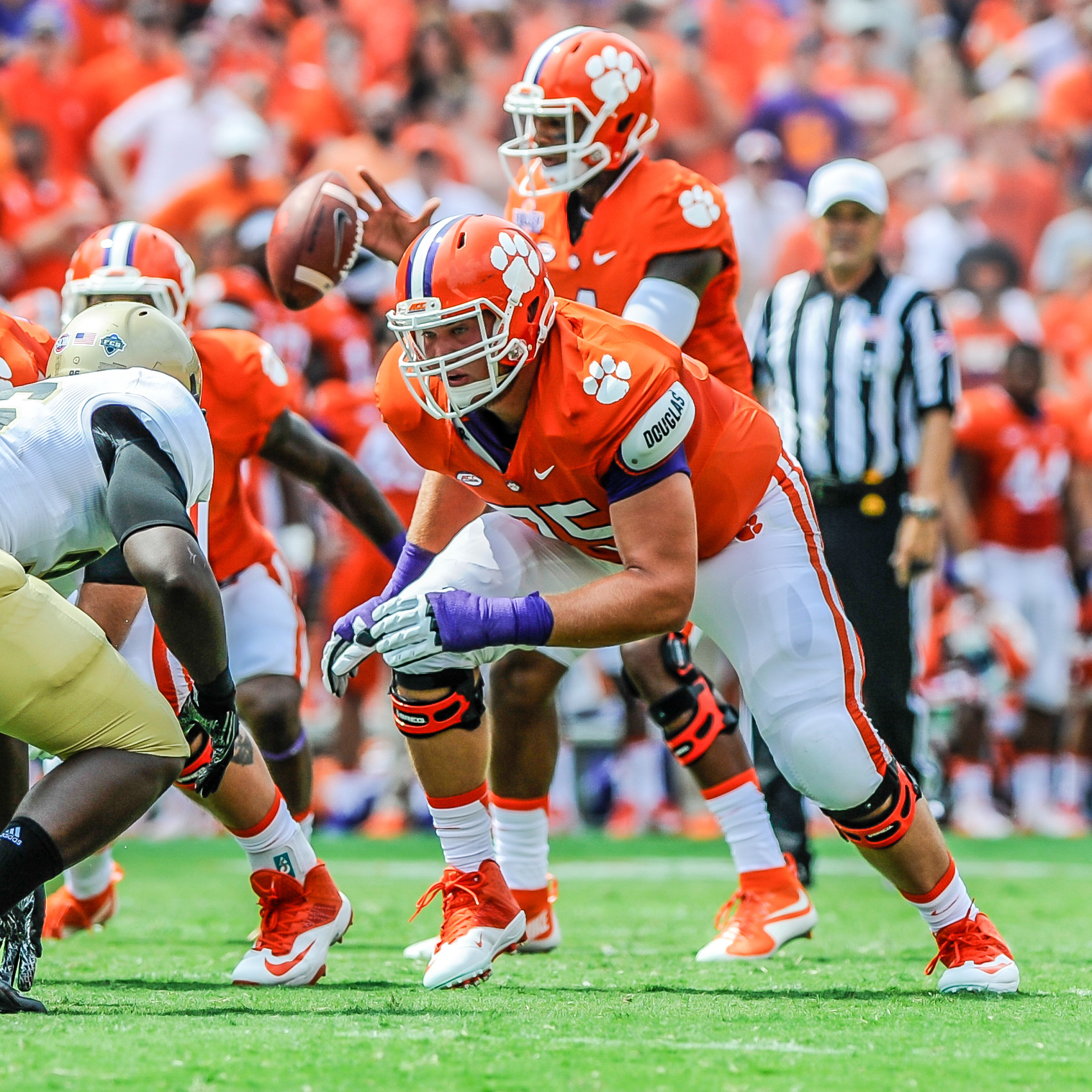 The Football Writers Freshman All-America team will be announced after the bowl games.

Hyatt started every game at left tackle for Clemson’s 13-0 team that is ranked No. 1 in the nation in all three polls.  He played 895 snaps in those starts and had an average film grade of 88 percent.  He was named ACC offensive Lineman of the Week in Clemson’s win over Florida State, the first true freshman in Clemson history to win offensive lineman of the week.

Wilkins led Clemson’s defensive tackles in tackles this year with 72., including 4.5 tackles for loss and 2.5 sacks.  He had a season high 10 tackles in Clemson’s win at Louisville in the third game of the season.

Huegel made 22-25 of field goals this year and was Clemson’s leading scorer with 115 points.  At one stretch he made 16 consecutive field goals, second longest streak in school history.  He was 17-17 on field goals against ACC foes, the best percentage in conference play nationally.

The freshman kicker was named a second-team All-American by Si.com, the first Clemson walk-on in history to earn All-America honors while still a walk-on.