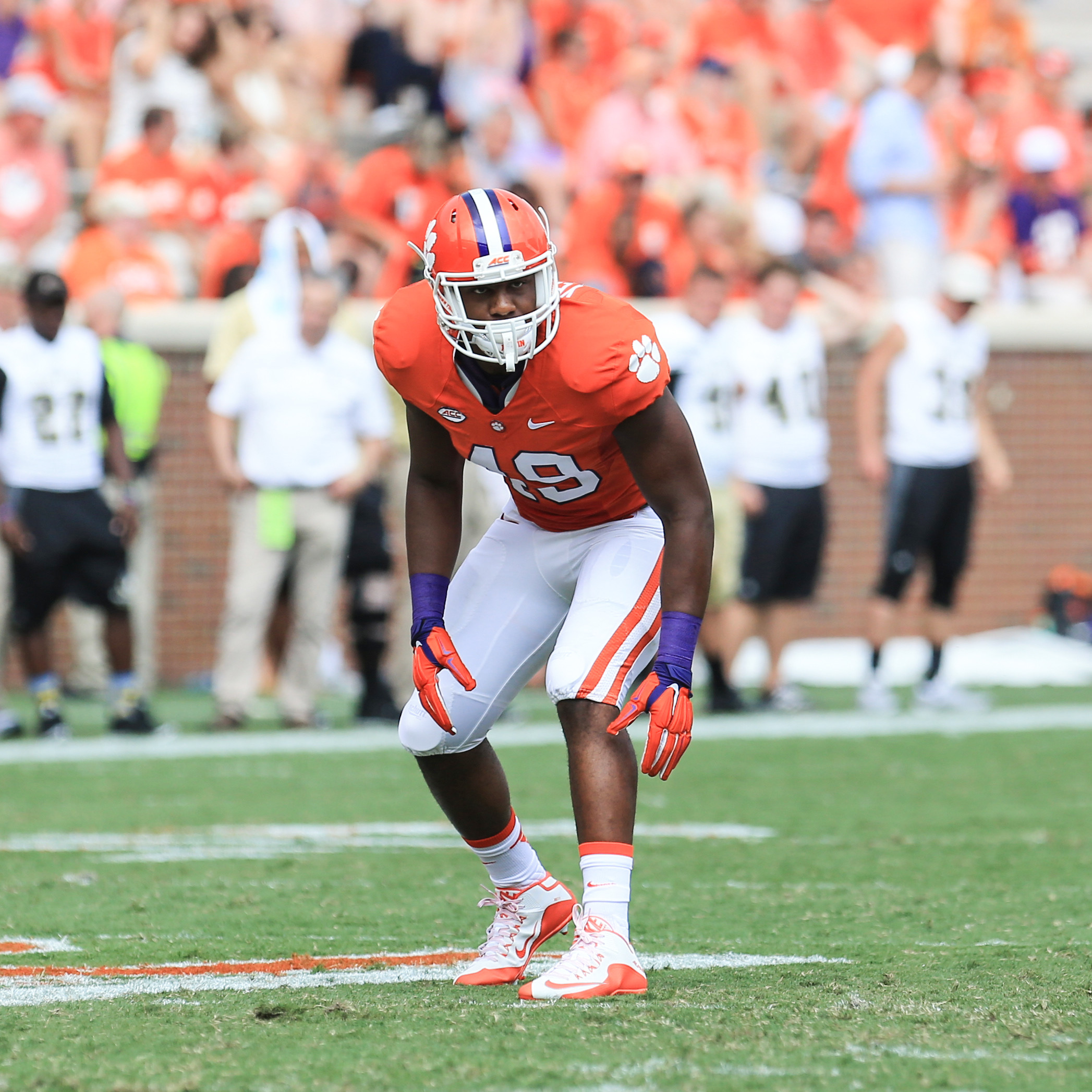 Heard Around the Valley

With ESPN’s College GameDay heading to Clemson this week for the fourth time in its history and the third time in two years, we asked some players what their thoughts were for this weekend’s top 15 matchup against Notre Dame.

“When you think about this game, our main objective is to win and focus on the task at hand. It’s nice to have all of the buildup surrounding the game. The biggest thing to remember is that during this time we have the opportunity to step up as a unit and enhance the name of our program and knock off a powerful team, arguably the winningest program in college football.” – Defensive end Richard Yeargin

“The thing I’m most excited about is really having all of the people I see on College GameDay coming to our game and our school. It will be pretty cool to see them all live on the sidelines during the game. However, I’m treating this like any game, I’m not letting myself make this too big. I’m just doing what the coaches ask me to do and preparing with focus.” – Quarterback Deshaun Watson

“We are going to show everyone in the world what we’re made of, and make people see what we are made of.” – Defensive end Shaq Lawson

“It’s different than any other game. Our fans are already crazy, the game is already sold out, 85,000+ screaming fans will be there when we get on the bus. The atmosphere that is going to be surrounding us when we circle the stadium, touch the Rock, and run down the Hill will get our adrenaline will be pumping; the stadium will be louder than it’s ever been. It makes us realize why we work so hard in the offseason, why we watch so much film, because we want to perform at our highest peak in that moment when we play Notre Dame on that level on national television with everybody watching.” – Defensive end Richard Yeargin

“This game means a lot to this team, especially that GameDay is going to be here, that shows a sign of respect for this top 15 matchup between us and Notre Dame. I’m most excited to see Lee Corso. I like what he does with putting the mascot head on to decide who he thinks will win; hopefully he puts a Tiger head on this week!” – Safety Jayron Kearse