These safety measures will continue for this Saturday’s game vs. Louisville, starting one hour prior to kickoff and lasting until the game starts. After kickoff, the vehicular traffic restrictions around these areas will be lifted. 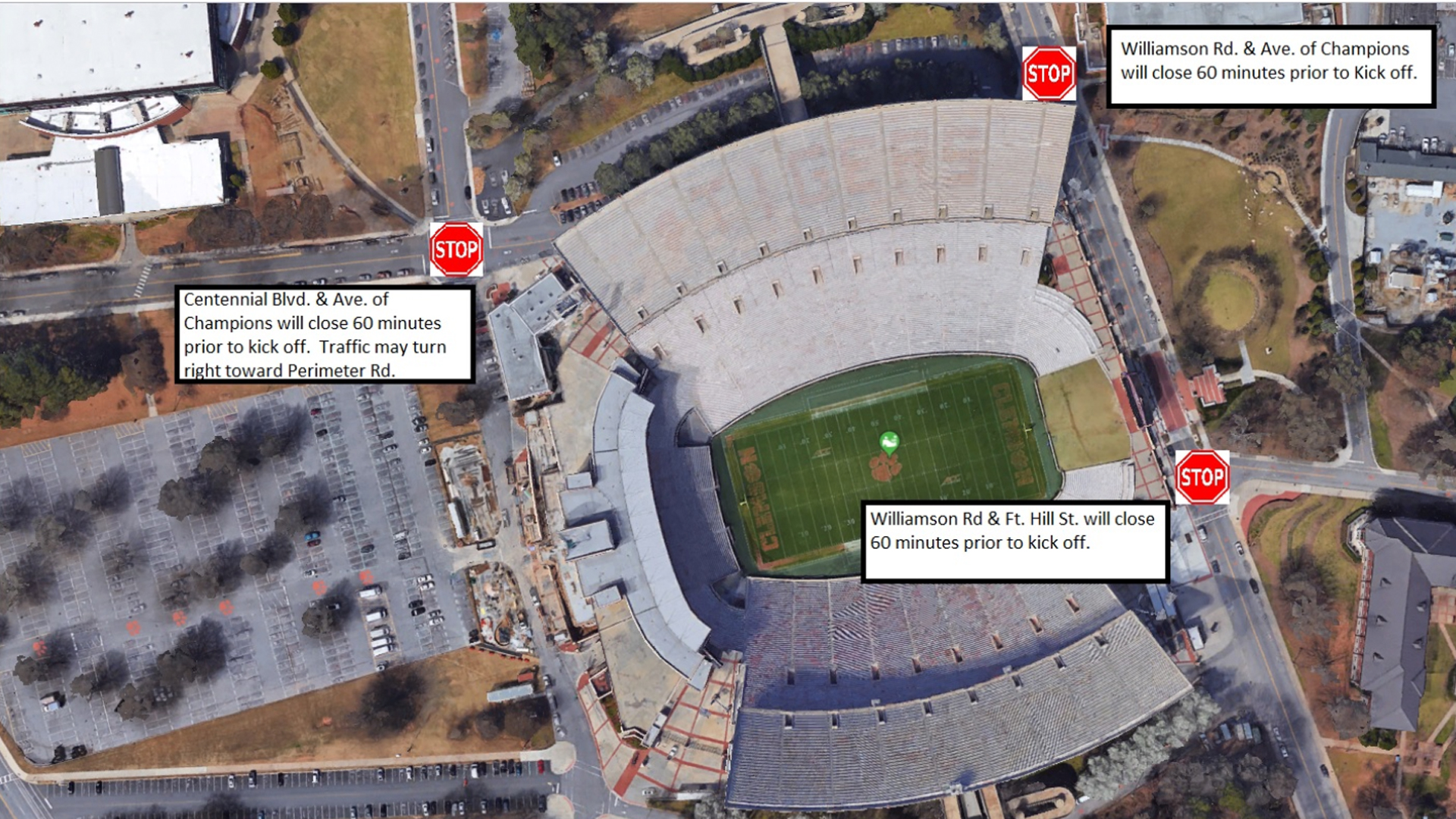 No. 2 Clemson will return to Death Valley on Saturday, Nov. 3 when the team plays host to the Louisville Cardinals. Kickoff from Memorial Stadium is scheduled for noon ET.

Saturday’s pregame will mark a milestone for a unique Clemson tradition, as the Tigers will complete “the most exciting 25 seconds in college football” for the 400th time in history. The Tigers have run down The Hill prior to every home game since 1942 with exception of the 1970-71 seasons, the first four games of 1972 and the first game of 1973.

Clemson enters November as one of four undefeated FBS teams. The 2018 season marks the 16th time in school history that the Tigers will enter November without a loss, including the third time under Head Coach Dabo Swinney (2015, 2016 and 2018).

Since trailing Syracuse, 16-7, at halftime on Sept. 29, Clemson has outscored opponents 183-27, including a 163-20 scoring advantage in three games in the month of October. Clemson’s 47.7-point differential in October was its largest in any month with multiple games in program history, surpassing a 44.5-point average differential in two games in September 1950.

The strength of Clemson’s performances on both sides of the ball has been evidenced by its numbers on both a per-game and per-play basis. Clemson has outgained opponents by an average of 258.7 yards per game this season, the largest margin in the country and more than two yards ahead of top-ranked Alabama (+256.4). Examining it on a per-play level to adjust for tempo, Clemson holds a 7.20-3.94 yards-per-play advantage over opponents this season and is one of three FBS squads outgaining opponents by 3.0-plus yards per play. 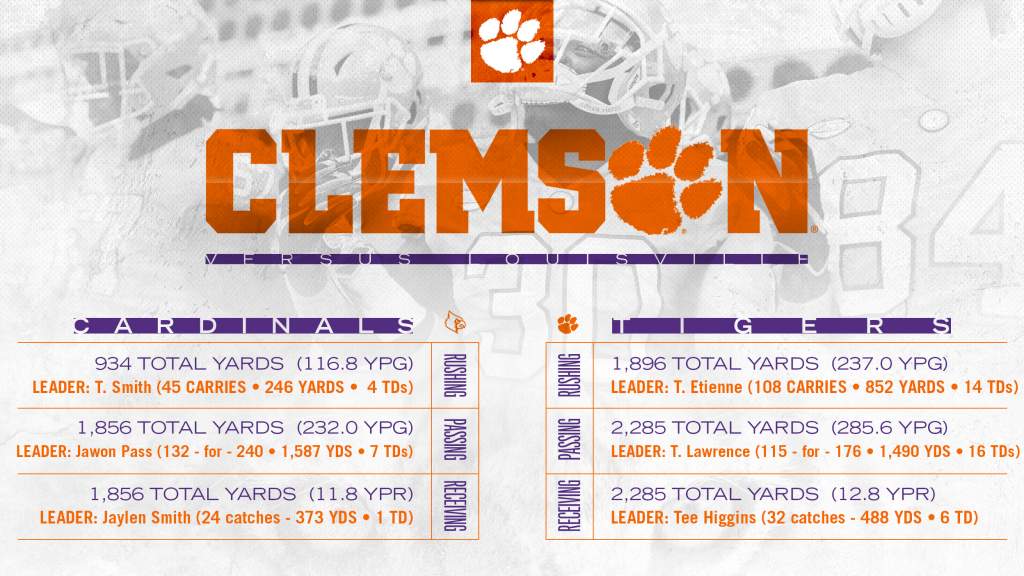 Death Valley will once again play host to a matchup of undefeated teams when Clemson welcomes NC State on Saturday, Oct. 20. Kickoff from Memorial Stadium on Homecoming Weekend is scheduled for 3:30 ET. Clemson enters the contest at 6-0.

By opening the season with six consecutive victories for a fourth straight year, the Tigers became the only team in ACC history to start 6-0 in four consecutive seasons. NC State enters the game at 5-0, making the Wolfpack the fourth consecutive undefeated opponent to enter Memorial Stadium to face Clemson this season (Furman 0-0, Georgia Southern 2-0, Syracuse 4-0, NC State 5-0).

Clemson will attempt to pick up where it left off prior to the open date, which featured running back Travis Etienne and the Tiger rushing attack taking aim at the team record book. Etienne has rushed for three touchdowns in each of Clemson’s past two games, and with a repeat performance this week, he would become the first player in school history to score three rushing touchdowns in three consecutive games. The Tigers are averaging 6.96 yards per carry this season, more than a full yard better than the current team record (5.72 in 2006). 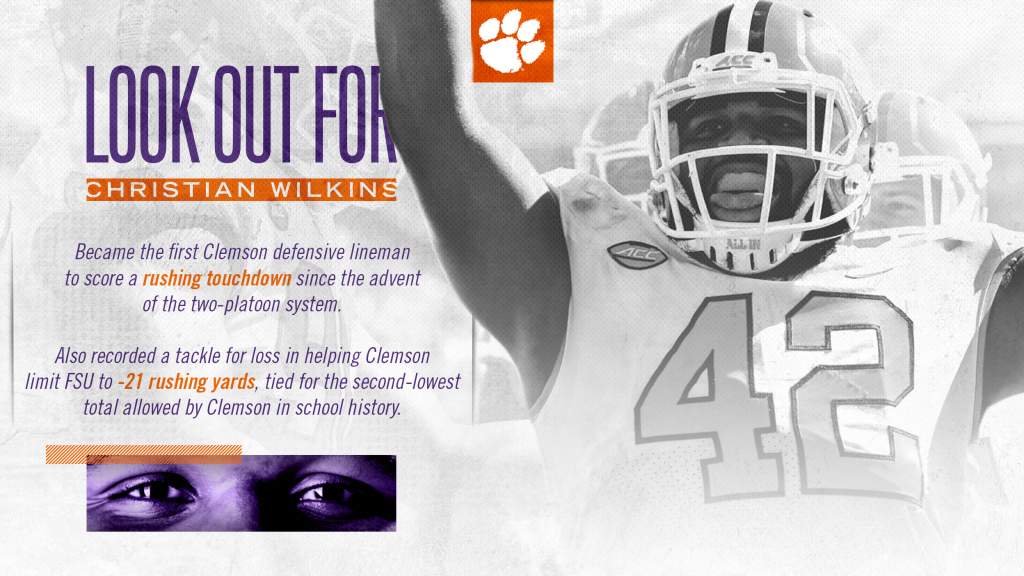 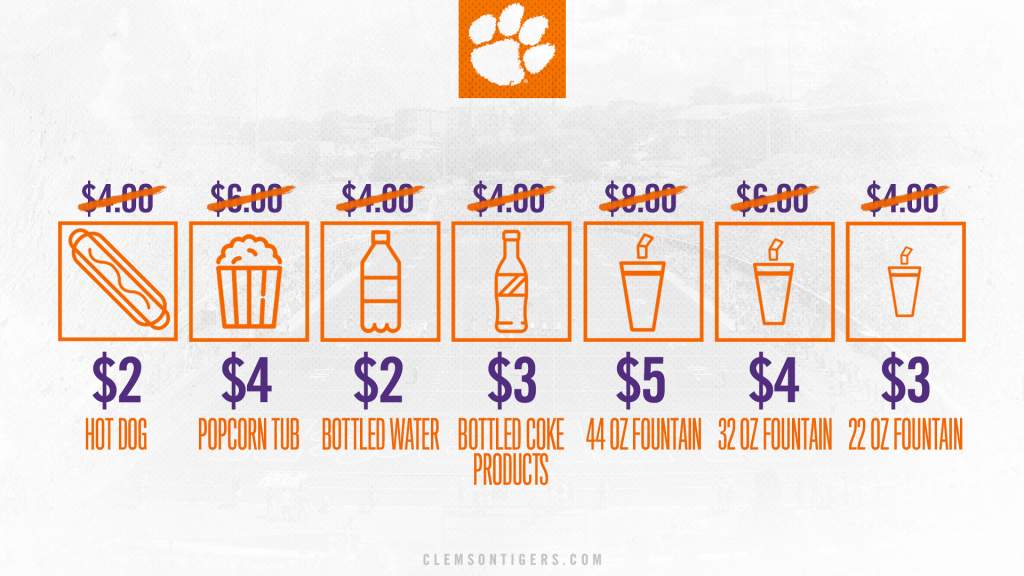