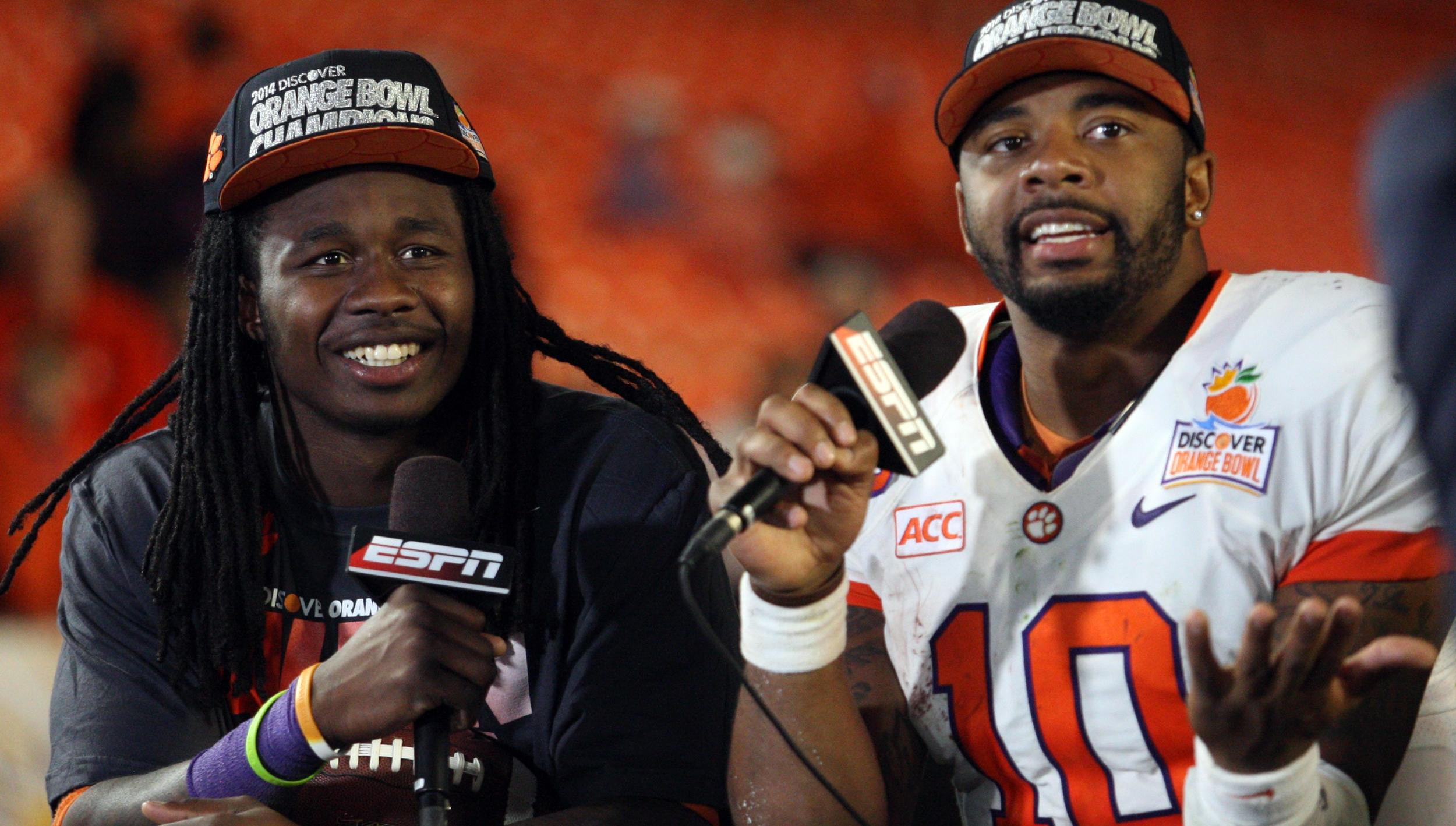 “That was fun.” – Dabo pic.twitter.com/FbLSa2ErFO

Hats off to Urban Meyer, a class act after the game w/ Tajh Boyd, and @OhioStAthletics on a tremendous @OrangeBowl: pic.twitter.com/YqsUHP7gOF

I’m stoked for this @ClemsonTigers Bowl game tonight!!! Will be watching the tigers live here in the Uk! C-l-e-m-s-o-n

The Tigers locker room at Sun Life Stadium is ready to go: pic.twitter.com/pLnveHr0EG

There will be free t-shirts and plenty of great Nose Dive specials for fans as they prepare for the game. Find out more about all of the festivities at facebook.com/thenosedive.

Earlier this week, members of the Clemson football team, along with Head Coach Dabo Swinney, visited patients at Baptist Children’s Hospital in Miami, FL. The video below highlights the experience.

Win or lose tonight, we’re incredibly proud of our @ClemsonFB student-athletes because of moments like these: http://t.co/NVuURFiYeA