A Look Back: Clemson Football and Adaptation

By virtue of an open date on Nov. 14 and a postponed game initially scheduled for Nov. 21, Clemson’s game against Pitt on Saturday will be its first game action in 21 days. Clemson has had similar (and longer) layoffs prior to postseason play in many years, but the 21-day layoff this year is Clemson’s longest between regular season games in a single season since 1918, when Clemson went 28 days between games against Georgia Tech and South Carolina.

That year also marked the last major pandemic in American history, as the Spanish Flu and ­— of greater impact — World War I, combined to affect the 1918 college football season. The 1919 Clemson yearbook Taps described the 1918 season as such: “The football team of the past season was a great one, although several circumstances were against the team. The season was played under SATC government, and hence the time was not available for practice that would have been the ease under the old college rules. The Influenza epidemic came right in the midst of the season and the services of Coach Donahue were lost for a period of three weeks.”

That year, Clemson played its second game of the season on Oct. 5 at Georgia Tech, but did not play games against Auburn (Oct. 19) and South Carolina (Oct. 31) as scheduled. Clemson finally returned to action against South Carolina on Nov. 2, a 39-0 Clemson win. The United States War Department ruled that year that Student Army Training Corps schools, of which Clemson was one, could not have its students away for more than 24 hours on football trips.

That rule created some invention by necessity on Nov. 16, when Clemson and The Citadel agreed to play their annual game at a neutral site at South Carolina’s stadium. With the game at that location, both school’s cadets and football teams were able to make the trip to Columbia and return to duty on time. Clemson’s John O’Dell scored the game’s only touchdown, as the Tigers won 7-0, and both teams made it back to their campuses before their passes expired.

That year, Clemson had also hoped to play an in-state contest against Wofford on Oct. 26. A story from The Tiger Newspaper archived by Clemson University Special Collections and featured by WYFF indicated that Clemson awaited the Wofford team at the train station, but Wofford’s delegation did not arrive. The story reported that a telegram was sent from Wofford saying the team was on the way, but a second indicated “military authorities would not grant their permission to come over and play the game.”

Last week, Clemson traveled to Tallahassee and was prepared to play against Florida State until the game was postponed roughly three hours prior to kickoff. The last time Clemson had a game postponed after the team had already traveled to the site was in 1963, when the Tigers were slated to play South Carolina on Saturday, Nov. 23. That game was postponed following the assassination of President John F. Kennedy. The teams would play on Thanksgiving Day, with Clemson earning a 24-20 win. 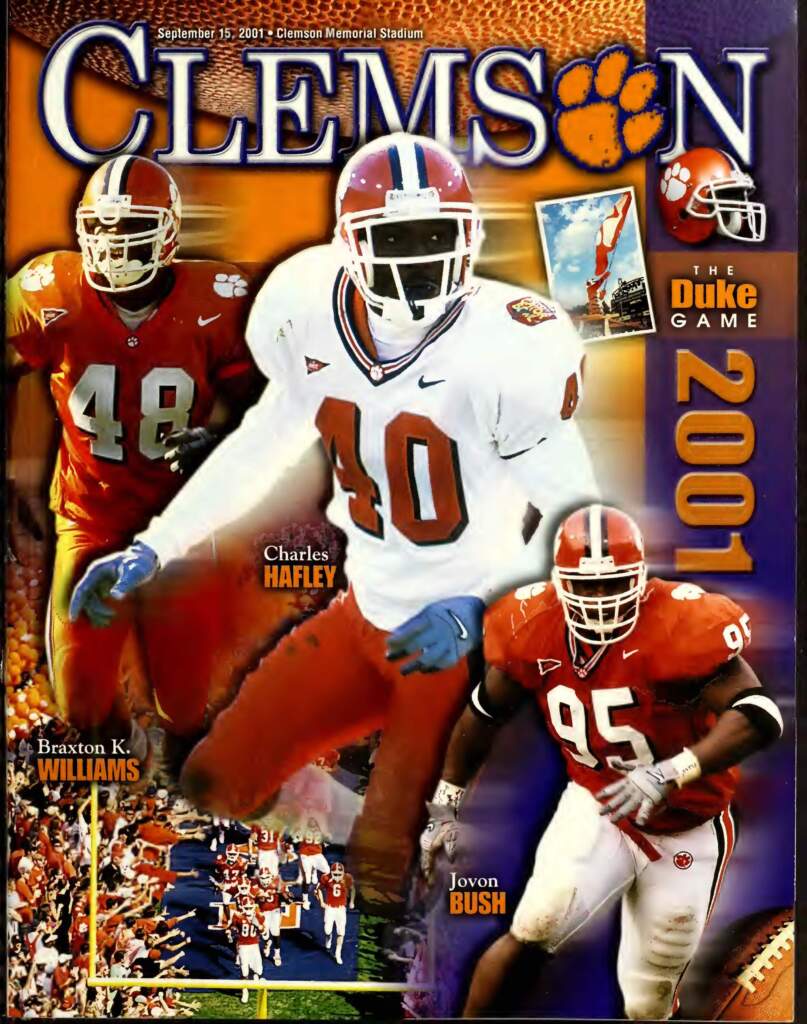 That Duke game was rescheduled to Dec. 1, 2001, and resulted in a 59-31 Clemson win. Clemson is scheduled to play Virginia Tech on Dec. 5 this year in Clemson’s first December regular season game since that postponed Duke game in 2001.